Alan Ladd was a Hollywood legend: whether he played a cowboy, hitman, or detective, audiences found him enthralling. From bit player to superstardom and beyond, Alan Ladd fascinated movie audiences for over 20 years.

Alan Walbridge Ladd was born on September 3, 1913, in Hot Springs, Arkansas. He was the only child of Ina Raleigh and Alan Harwood Ladd, a freelance accountant. When Alan was three years old, his father died of a heart attack. Losing his father at such a young age was only the beginning of several heartbreaking events that plagued the future Hollywood star.

Less than two years after his father’s death, Alan was playing with matches, and he burned his childhood home down. Impoverished, with nothing to her name, his mother moved them both to Oklahoma City. Alan was malnourished and small for his age, and soon gained the nickname, “Tiny.”

When Alan was eight years old, his mother remarried a house painter named Jim and they moved to California. Eventually, they settled in the San Fernando Valley, where Jim was able to secure a job as a painter at FBO Studios. During that time, young Alan got odd jobs delivering papers, picking fruit, and sweeping stores.

In 1930, Ladd enrolled in North Hollywood High School where he became a swimming and diving champion. He also participated in plays and was cast as Koko in The Mikado. A talent scout saw his performance, and in 1933, Ladd was signed to a long-term contract with Universal Studios, one in a group of actors and actresses considered to be “young discoveries.”

Things seemed to be looking up for Alan, but within a year, the studio decided that Ladd was too blonde and too short, so they dropped him.

“Tiny” Finally Gets His Big Break

Ladd graduated from high school in 1934 and worked several jobs: ad man at the San Fernando Sun Valley Record; cash register salesman; and owner of Tiny’s Patio, a malt and hamburger shop. Eventually, he got a job at Warner Bros. as a grip. He quit after he fell off a scaffold and got hurt. 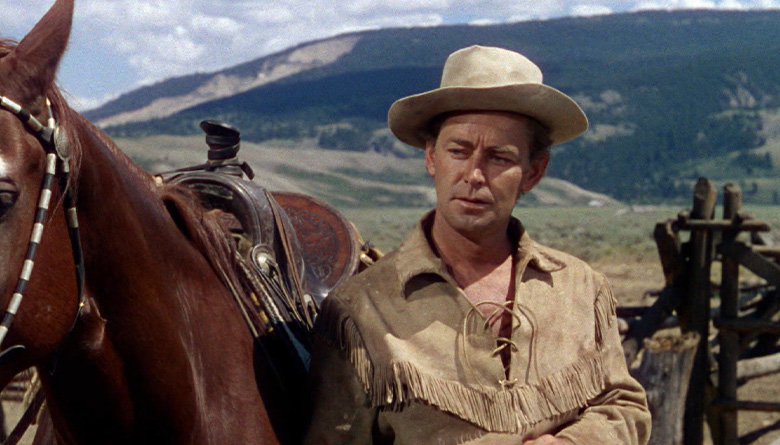 Determined to finally break into acting, he saved up his money and took acting classes with Ben Bard. Bard encouraged him to develop a rich, deep baritone so he could act on the radio. In 1936, he was signed as the sole radio actor for KFWB, where he stayed for three years.

Ladd’s luck finally changed when a talent scout, Sue Carol, liked what she heard on the radio and called the station to ask if she could talk to all the actors. She was stunned when she heard it was just one man—Alan Ladd. After meeting him, she signed him as a client.

Finally, Alan Ladd broke into the movies with his first films in 1939: Rulers of the Sea and Beast of Berlin. He got many other small parts in films including The Green Hornet and Her First Romance (both in 1940), and an unbilled part as a newspaperman in Citizen Kane.

But the part that launched him into superstardom was his role as Philip Raven, a hitman with a heart, in This Gun for Hire. It wasn’t a leading role, but fans were mesmerized by him and the female lead, Veronica Lake, and they couldn’t wait to see more of him.

His unsmiling, quiet ferocity in that role changed him from an unknown extra to a leading man…and one of Hollywood’s most popular actors for the next two decades.

It was said that Alan Ladd’s sudden fame led to over 20,000 fan letters a week, and a following unmatched since Rudolph Valentino had women swooning. He was one of the few men whose picture on the cover of movie magazines made them sell out regularly. 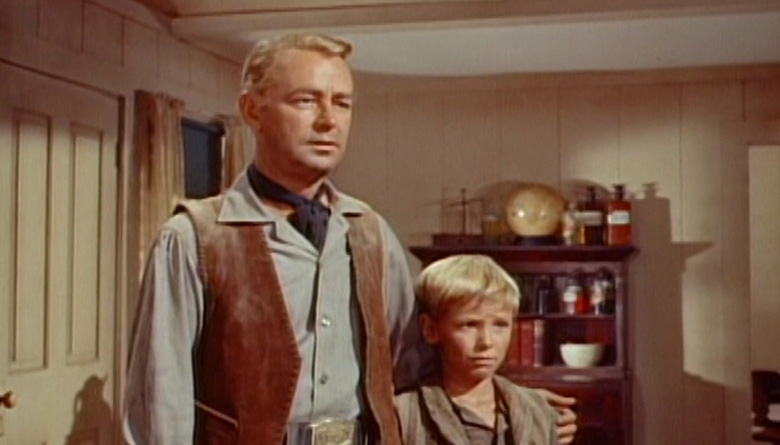 Audiences adored Alan Ladd and turned out for his movies in droves. Although the critics were not convinced, his movies were box office hits throughout the 1940s into the early 1950s.

His marriage to his high school sweetheart, Marjorie “Midge” Harrold, in 1936 lasted until 1941. They had one child together, Alan Ladd, Jr., in 1937. His second marriage was to his agent, Sue Carol, in 1942. Ladd and Carol raised her 10-year-old daughter, Carol Lee, from a previous marriage. They had two more children as well: Alana in 1943 and David in 1947. They remained married until Ladd’s death in 1964.

Throughout the 1940s and into the 1950s, Alan Ladd kept audiences coming back. He starred in two more films with Veronica Lake, including Blue Dahlia, and Saigon, as well as in three Hollywood all-star revues during World War II. His other leading ladies included Virginia Mayo, Betty Hutton, Gail Russell, Loretta Young, Ruth Hussey, Deborah Kerr, and Donna Reed.

His sudden leap to stardom was temporarily interrupted when he was drafted in January 1943. But his army stint came to an end in October of the same year when he was hospitalized with a stomach disorder, and he was honorably discharged.

Ladd picked up where he left off, starring in movies such as And Now Tomorrow, Two Years Before the Mast, The Glass Key, Beyond Glory, and Whispering Smith, his first Western since becoming a star.

By 1949, he realized his dream of starring in the remake of The Great Gatsby as Jay Gatsby. It was not well received, and after that, Ladd avoided dramatic roles. Afterward, he starred in Branded, Red Mountain, Thunder in the East, and Botany Bay.

In 1951, he starred in the movie that many people consider his greatest role: Shane. When it was released in 1953, it went on to make over $8 million in its initial North American run.

As the 1950s wore on, Ladd left Paramount (his home studio during his best years) and worked as a freelancer for Warner Bros., Universal, and Warwick. The movies he made during these years include The Iron Mistress, Saskatchewan, and The Black Knight. He traveled to Britain and Canada and spent about a year and a half out of the United States.

In 1954, Alan Ladd returned home and formed his own production company: Jaguar Productions. His first film for Jaguar was Drum Beat. This Western was directed by Delmore Daves and had some success at the box office. The Big Land in 1957 received a lukewarm reception, while The Proud Rebel got good reviews in 1958.

As the decade continued, fans were no longer clamoring for Alan Ladd. His movies began to fall out of favor, and he made some bad decisions. In 1956, he turned down the role of Jett Rink in Giant…and watched James Dean soar to superstardom in the part. Then, he turned down the lead role in The Sons of Katie Elder, which went on to be a popular movie.

Alan Ladd was a quiet, sensitive man who had many troubles. His parents both died young, and Alan struggled with alcoholism. When asked once in an interview “what would you change if you could change anything about yourself?” Alan Ladd replied: “Everything.” 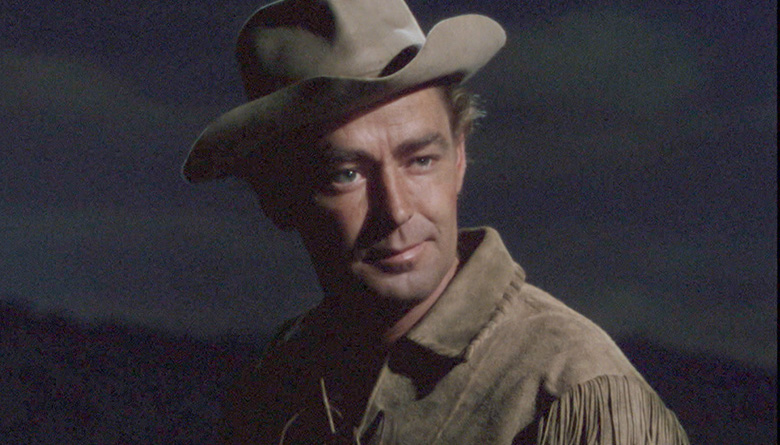 With his films floundering and his fans moving on to younger, taller, “better” actors, Alan Ladd struggled. He died on January 29, 1964, due to an accidental mixing of alcohol, tranquilizers, and barbiturates. He was 50 years old.

No matter what part Ladd played, audiences were transfixed by him. Although Alan Ladd is gone, his work lives on…and INSP fans can still watch him—and adore him!