Former Confederate officer Chad Morgan comes to Kansas City, looking to build a railroad spur all the way to the Rio Grande. Morgan knows he can help them move their goods – but will a violent local boss let him destroy his monopoly?

Alan Ladd and Virginia Mayo star! This Western is full of action, adventure, and drama as a Confederate soldier returns home after the war only to face a new enemy.

Back home in Texas after the Civil War, Chad Morgan is tapped to lead a cattle drive to Missouri. He has assured the other ranchers that their cattle will bring $20 a head at auction.

What Morgan didn’t count on was that Brog, a ruthless cattle baron, would scare off any and all competition and drive his herd’s prices down to only $10 a head. 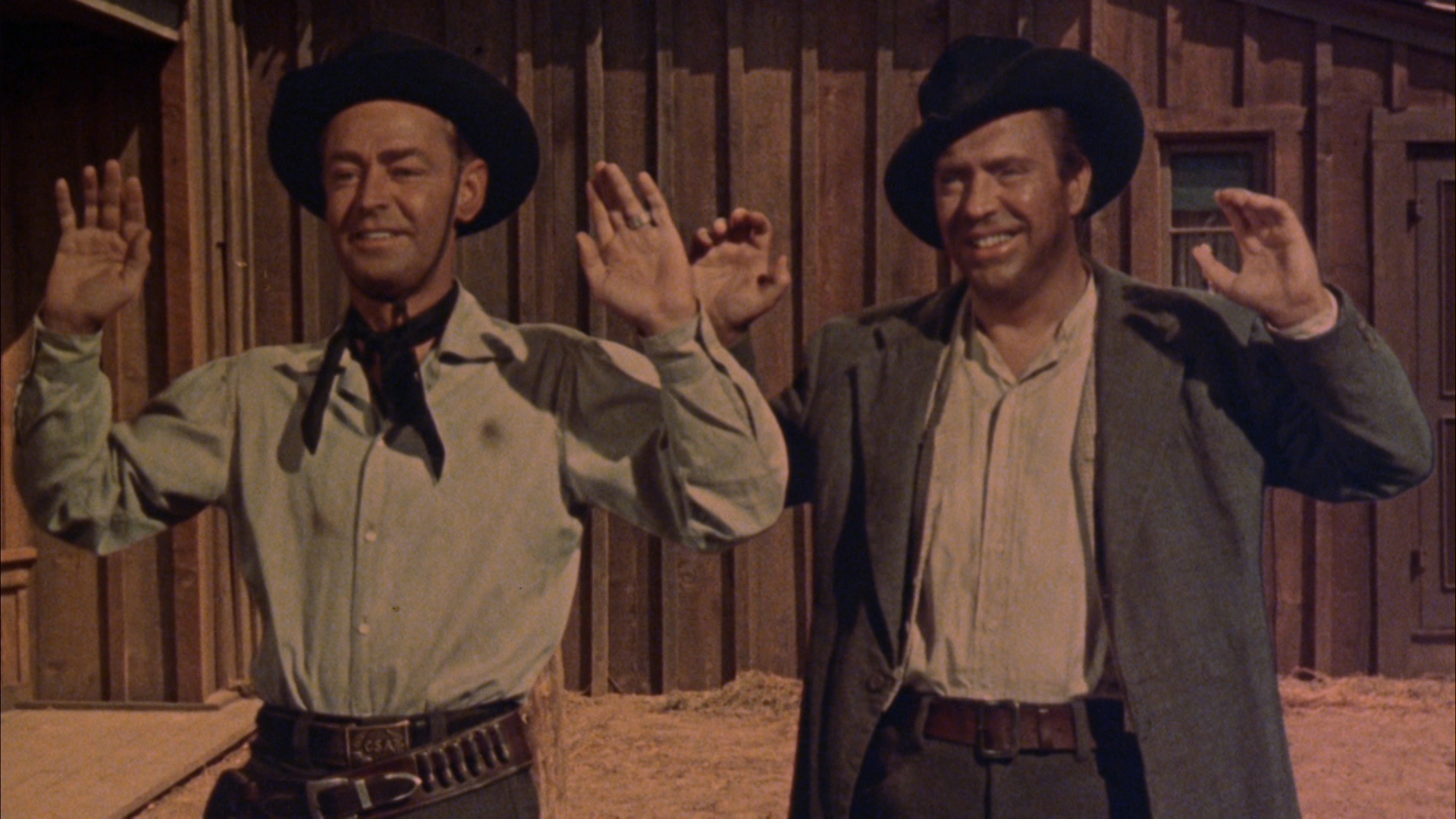 Morgan realizes that he will be blamed for this, and so he can’t go back to Texas. Instead, he decides to join forces with Joe Jagger (the town drunk) and help him stay sober after they leave town.

The pair of them are off to Kansas City to help some farmers find a better way to sell their wheat. Once there, they meet up with Tom Draper, a railroad man who is engaged to Joe’s sister, Helen. They come up with the idea of building a railroad spur to the Rio Grande in order to sell their goods.

But turning the idea into reality will not be easy. There are the elements to contend with, construction issues, and of course, Brog, the violent and corrupt boss who will stop at nothing to keep his vise-like grip on his monopoly…

Complicating matters is the fact that Helen seems to like Chad Morgan, and that’s making Tom Draper jealous.

There’s too much at stake for Chad to just walk away. But will it cost him everything…including his life?

Exclusive Interview! Linda Evans Lights Up Facebook! The ever dazzling, ever charming, ever poised Linda Evans, who brought the... READ MORE