Alan Ladd and Olivia de Havilland star! A widowed Confederate soldier takes his mute son up North in search of a cure. Once there, they find trouble with a local rancher…and help from a kind woman.

John Chandler doesn’t know what to do to help his 10-year-old son. David has been mute since he witnessed his mother’s killing and watched their house burn to the ground during the Union’s march through Atlanta. As a result, John has been searching high and low for a doctor to cure his boy.

The pair ends up in Illinois, where they visit Dr. Enos Davis. Dr. Davis recommends an operation for David as his best hope for a cure by a doctor he knows in Minnesota.

As they leave the building, their path is blocked by a flock of sheep belonging to a rancher named Harry Burleigh. John’s well-trained sheep dog, Lance, clears the way for them, and Burleigh’s sons, Jeb and Tom, decide to steal the dog from the Chandlers.

However, John sees what is happening and springs into action. He hands David over to Linnet Moore, a passing stranger, and gets into a fistfight with the young men. John gets the dog back, but then Harry knocks John out, pours alcohol all over him, and tells the sheriff that John was drunk and attacked him! 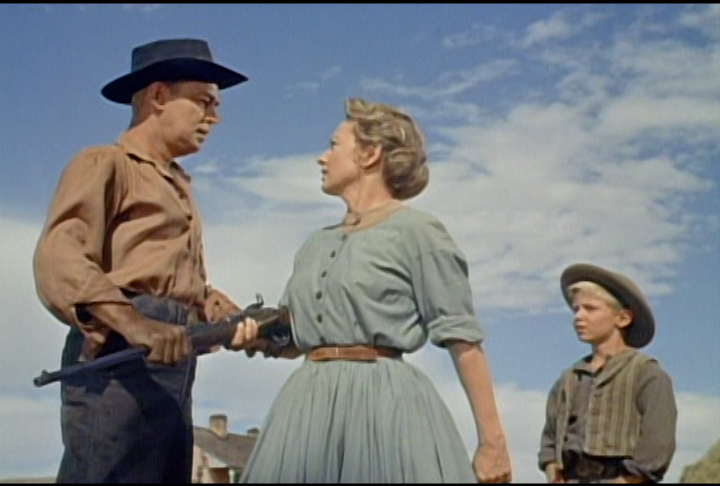 Now, John must pay $30 or serve 30 days in jail. Luckily, Linnet intervenes and says she’ll pay the fine, and John can work off the debt on her farm. Although John isn’t happy at first, he soon begins to appreciate Linnet’s many kindnesses to him and his son.

Slowly, John and Linnet’s attachment to each other deepens. In time, John also realizes that Burleigh wants to run Linnet off of her land, since it blocks access to pasture and the railroad.

As the Burleigh’s threats and intimidations begin to escalate dangerously, John vows to protect Linnet from their treachery. But can John even find a cure for David – let alone save Linnet’s land from men who will stop at nothing to steal it?

Black Cowboys: The Unsung Heroes of the Frontier

There was no shortage of bigger-than-life characters—from cowboys to outlaws—in America’s Old West. We’ve all heard of Kit... READ MORE

John Ford: One of the Greatest Directors of All Time Many years ago, when Orson Welles was asked to name his top three directors, he... READ MORE