Equally comfortable chasing outlaws on horseback and slaying zombies, versatile character actor, Clu Gulager left his mark on the entertainment industry, through the breadth of his work, his charismatic personality, and giving back—teaching aspiring actors the craft he so loved himself.

Born William Martin Gulager in Holdenville, Oklahoma on November 16, 1928, young William was dubbed “Clu,” a nickname that has its roots in his Cherokee heritage. During the 50th Anniversary Celebration of The Virginian held at the Gene Autry Museum, INSP blogger, Henry C. Parke attended the cast panel discussion hosted by Boyd Magers. Clu, with his trademark sense of humor, explained how he acquired his unique name.

“…the question most people ask me is, what’s with your name? Clu? Well, that’s my name, I’m an Indian, a Cherokee Indian. In my day, most Indian babies were named the first thing their mother sees after the child is born,” Gulager said, “They tell me that when I was born my mother looked out the window and saw a red bird flying, and the Cherokee name for the red bird is ‘clu.’ So, they call me Clu. I’m always glad she didn’t look out and see an outhouse.” 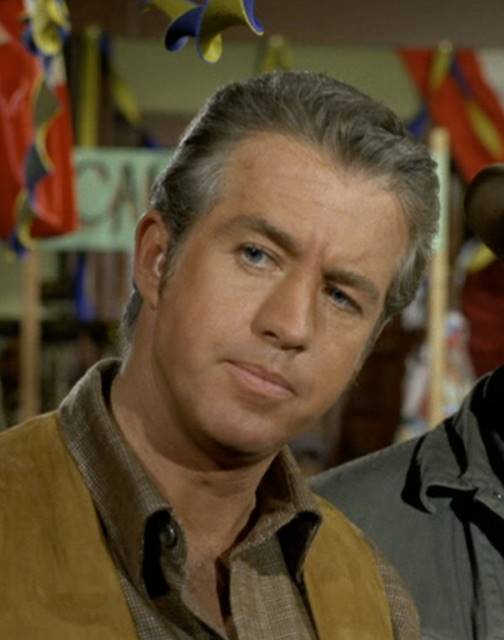 Clu may have gotten his passion for the spotlight from his father, John, a successful actor, who ultimately opted for a more secure profession as a lawyer, then as a judge. But when Clu was young, his father encouraged his talent, nurtured his gift, and trained the future star in the craft, imparting everything he had learned, before it was time for Clu to go out and pursue his dream on his own.

After two years in the U.S. Marine Corps, Clu attended Northeastern State University in Oklahoma and then transferred to Baylor University in Texas. He received a scholarship to study acting in Paris with French actor and director Jean-Louis Barrault. In 1952, Clu married fellow actor, and the love of his life, Miriam Byrd Nethery. The couple had two sons, both of whom followed in their father’s footsteps: John, an actor, director, and cinematographer, and Tom, an actor. Clu and Miriam remained devoted to each other until Miriam’s death from cancer in 2003.

Clu’s career started with bit parts in popular TV Westerns including Wanted: Dead or Alive, Have Gun Will Travel, Laramie, and Wagon Train, among others. His break came with the role of outlaw Billy the Kid in The Tall Man (1960-1962). After a couple of guest appearances on The Virginian playing different characters, Clu returned in 1964 for season three as Emmett Ryker, a gunslinger who turns down a job as a hired killer—but when the intended victim turns up dead, he’s framed for the murder. After Ryker clears his name, he uses his quick draw skills for good and accepts the job as a deputy sheriff.

Having spent much of his childhood riding and working on his uncle’s ranch, Clu took to the cowboy roles like that natural he was. During The Virginian 50th Anniversary, he talked about ranch work.

“When the weather was below freezing, my hands would turn grey, and sometimes my fingers would turn black. But when I saw a hole in that damned fence, I got off my pony, cut that wire, and foxed that hole,” he said, “And I’ve got to tell you, not one white face [steer] got out of any of those pastures on my watch. Not one. And that’s the thing I’m most proud of in my life. That and my two children, John, and Tom.” 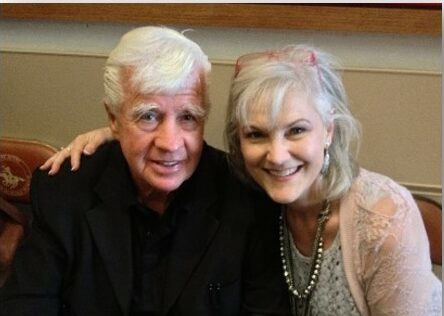 Clu, as Emmett Ryker, maintained law and order in Medicine Bow until 1968 when he left to devote more time to directing, but opportunities were not forthcoming. In 1970, however, the short film he wrote and directed, A Day with the Boys (1969), received a Cannes Palme d’Or nomination.

In his more than 60-year career, Clu was a familiar face on popular TV shows and movies, including the role of Abilene in the award-winning, critically acclaimed, coming-of-age film, The Last Picture Show (1971) and starring opposite John Wayne as councilman Franklin Toms in McQ (1979).

He branched out into horror, with roles in Return of the Living Dead (1985), Nightmare on Elm Street: Freddy’s Revenge (1985), and the comedy-horror Feast trilogy, directed by his son, John. In his last role, he appeared in Quentin Tarantino’s Once Upon a Time…in Hollywood (2019).

INSP’s Vice President of Corporate Communications Melissa Prince Thornton recalled discussing Clu’s passion for film with him. “His favorite movie was 8 1/2,” Melissa said. “He has seen thousands of films in his lifetime, many of which the average person would not even know about.” 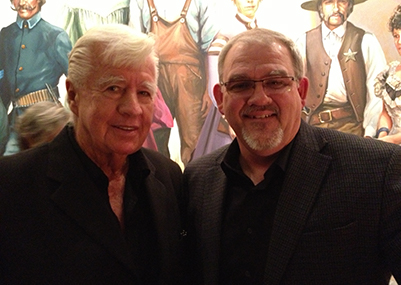 Doug Butts, Executive Vice President of Programming at INSP, reacted to the news of Clu’s passing. “This is such sad news. But he lived a long life. What a nice man he was. I remember after I spoke at The Virginian 50th Anniversary at the Autry Museum of the American West,” Doug said, “I was walking down from the stage, [and] as I passed him, Clu stood up (while the audience applauded) shook my hand and patted me on my back, and said in his quiet voice, ‘that was a damn good speech!’ I was shocked for a moment when I realized who he was.”

In a Facebook post announcing Clu’s passing, his daughter-in-law, Diane Goldner, describes The Virginian star: “Clu was as caring as he was loyal and devoted to his craft, a proud member of the Cherokee nation, a rule-breaker, sharp and astute and on the side—always—of the oppressed. He was good-humored, an avid reader, tender and kind. Loud and dangerous.”

Clu Gulager died of natural causes on August 5, 2022, at his son John’s home in Los Angeles, surrounded by family. He was 93 years old.