He played the iconic cowboy, the mysterious man of upstanding character, and few words: The Virginian. Turns out James Drury, the real cowboy, is not as reticent as his TV counterpart. Before his passing, Drury wrote a blog post for True West, revealing some tidbits about his life. Here are a few highlights:

Drury was expelled from high school a day before graduation, but still he attended New York University, where his father was a professor. “No one wants to go to a school where their father is a teacher,” Drury writes. Luckily, he discovered the drama department. 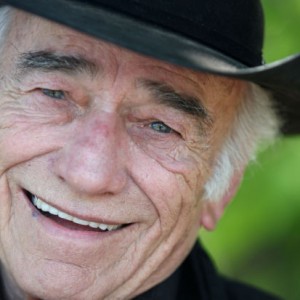 While visiting his mother in California, at the end of his junior year at NYU, he also made a stop at MGM studios, and was under contract in a mere seven days. After a year, he moved on to 20th Century Fox where he had parts in movies with Elvis Presley and Pat Boone.

The move to TV Westerns was a natural for Drury. Having grown up on an Oregon ranch, he knew horses, so when casting directors asked if he could ride, he could honestly say, “Yes.”

“I’d been riding since I was in diapers. Most of the actors would lie about it, and the posse would ride off in all directions,” Drury says in the blog.

When he moved to Texas in the 1970s, he started competing and winning, showing cutting and reining horses. 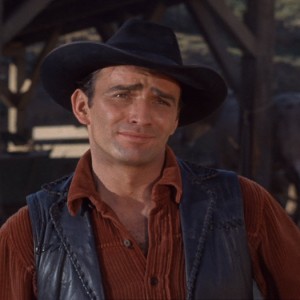 When it came to inspiration for developing the character of The Virginian, Drury turned to his ancestry. His grandfather traveled west by wagon train from Missouri as a teen in the 1880s.

If another TV pilot he had acted in had sold, he would never have had the opportunity to star in The Virginian.

Of the actors who play the owner of Shiloh, Drury loved working with Lee J. Cobb the best.

The episode that burns brightest in his mind: “The Mountain of the Sun,” in which Dolores Hart plays a missionary bound for Mexico. Ironically, shortly after filming the episode, Hart became a nun. “I drove her into a convent!” Drury writes.

In 1995, the world lost another beloved TV cowboy, Doug McClure who played Trampas on The Virginian. He was just 59. Drury writes of his friend, “His death is a big hole in my life because I talked to him three times a week for 30 years.”