A unique blend of humor and Western action! Follow the adventures and antics of Texas Rangers, Reese Bennett, Chad Cooper and Joe Riley, as they bring the killers and conmen to justice, and manage to get into all sorts of trouble along the way, much to the dismay of a stern Commanding Officer.

This lighthearted Western combines Texas Ranger action with a good dose of humor for a rollicking and enjoyable hour of TV entertainment!

Texas Rangers, Reese Bennett, Chad Cooper and Joe Riley keep law and order (and their sense of humor) in the town of Laredo, located on the border with Mexico. The best friends and co-workers face killers, robbers, conmen and swindlers, often involving a great deal of snappy banter and good-natured teasing. It’s the Western version of a fun buddy movie—but the Rangers always bring the bad guys to justice!

Reese, Chad and Joe are serious about fighting crime, but they’re always up for adventure and a chance to get the attention of a pretty lady. 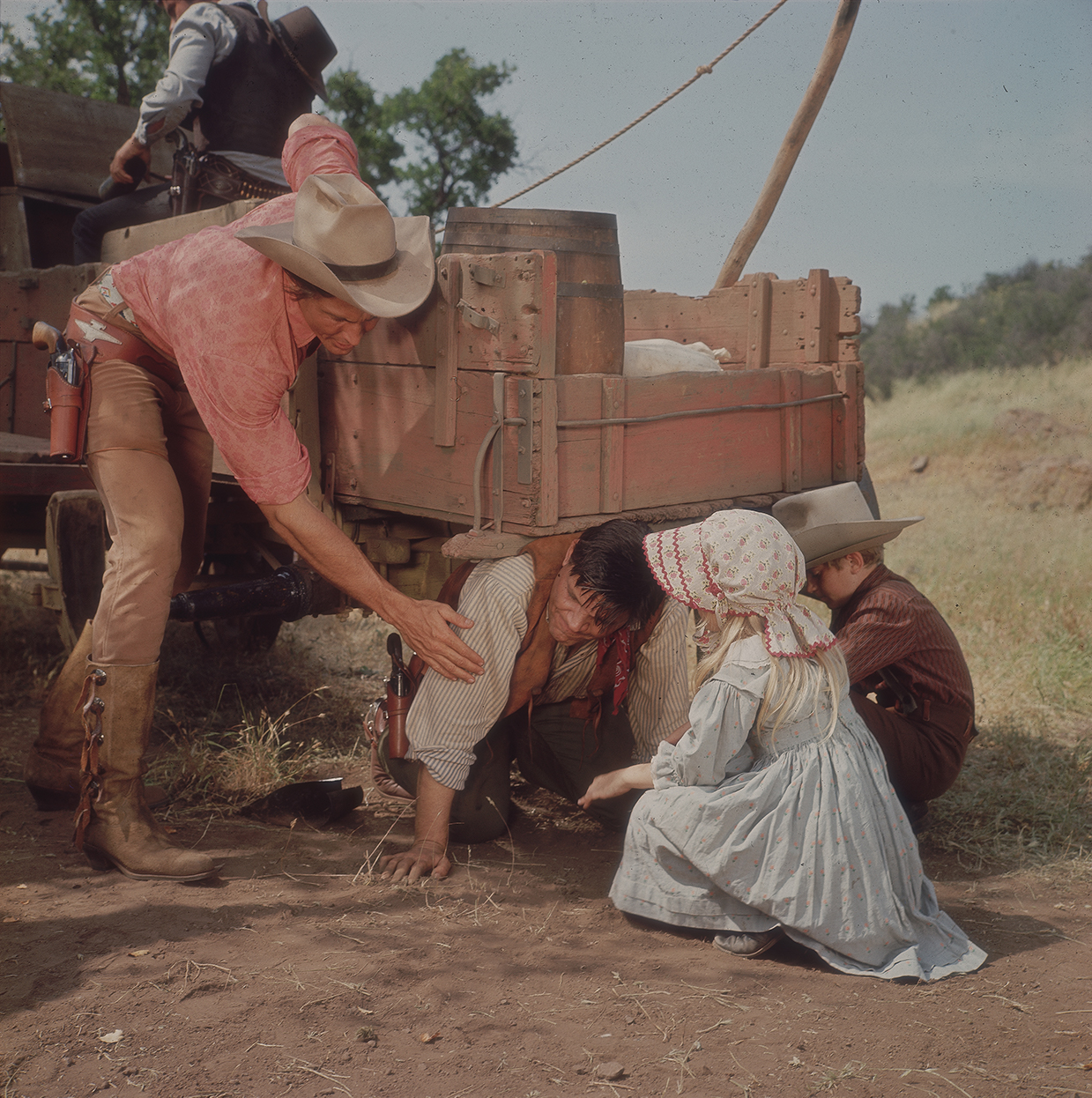 Reese Bennett, a former Union Army Officer in the Civil War, is much older than his two compadres, and is often the butt of their jokes and friendly taunts, mostly about his, in their opinions, advance age. Reese is in his forties. Though cantankerous in nature, he tolerates his buddies’ snarky remarks, and gives as good as he gets.

Chad Cooper hails from New Orleans, and during the war, he worked border patrol. While in that position, he witnessed the murders of many of his friends and colleagues at the hands of the Mexicans. He joins the Texas Rangers, so he can hunt down the American gunrunners who sold weapons to the Mexicans who ambushed his fellow border patrol agents.

Joe Riley was a gunfighter, who often found himself on the wrong side of the law. Joining the Texas Rangers gives him a chance at redemption…and protection from the lawmen who are still on his tail, and want to bring him to justice. He hopes that when they catch up with him, they’ll see him wearing the badge, and will think twice about arresting him.

Captain Parmalee commands Company B and oversees Reese, Chad and Joe’s assignments. He’s stern, hot-tempered, critical, disciplined and often not amused by the Rangers’ antics during their missions.

Yes! The characters of Reese, Chad and Joe first appeared in an episode of The Virginian called “We’ve Lost a Train,” which originally aired in April 1965.

Bring Your Own Horse? That’s what Peter Brown (Chad) did! In Laredo, you’ll see him riding his real-life horse, Amigo.

The Duke Lives! Inside the New John Wayne Exhibit—Winner of the Best Museum in Fort Worth 2022!

What Makes a Hero? PT 109: An American Tale of Courage and Grit in the South Pacific A Leader Steps Up Heroes are often fictional... READ MORE