Host Jill Wagner travels the country on a quest to find talented craftsmen who still make incredible items by hand. Philadelphia is home to watch maker Roland Murphy who doesn’t just assemble watches from acquired parts, but is actually making more than 90% of the pieces himself. In Otis Orchard, Idaho, Jill gets crackin’ with Joe Strain who makes bullwhips used around the world and even in popular movies like Indiana Jones. Last stop is Edgewater, Maryland, where former boat maker Allen Cady uses his woodworking skills to transform a find of rare heart of pine lumber into translucent luminaries. 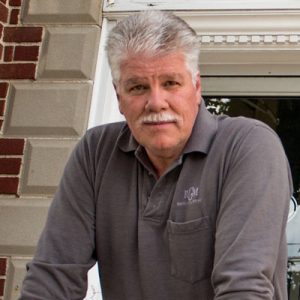 While still in high school, Roland G. Murphy worked part time for a clock company in their cabinetmaking wood shop. But rather than working in wood, he was drawn to the timepieces themselves. In the early 1980s, he attended the Bowman Technical School in Lancaster, PA and six years later was accepted into the prestigious WOSTEP, The Watchmakers of Switzerland Training and Educational Program.

After graduation, Roland returned to Lancaster and took a job in product development at the Hamilton Watch Company, eventually rising through the ranks to become Technical Manager. In 1992, he struck out on his own, founding RGM Watch Company, but this was not to be an ordinary repair and restore shop. Roland had big dreams, some would say, impossible dreams.

To design and create the movement that makes a watch work requires detail, precision, artistry, patience, passion—and specific equipment, not to mention, a manufacturing plant willing to produce just a few sets of parts for prototypes. The odds were against him, and even more so when his contacts in Switzerland refused to sell him what he needed or made it cost prohibited.

Enter American ingenuity! Roland convinced a micro-manufacturer to work with him. When he needed a particular machine, a friend adapted an existing piece of equipment to get Roland the exact results he needed.

Today, Roland takes the time-honored traditions he learned in his youth and as a young man abroad, and makes history with every classic-style, American-made watch that comes out of RGM. Each watch is stamped with the company insignia, U.S.A, and a reference to Pennsylvania. 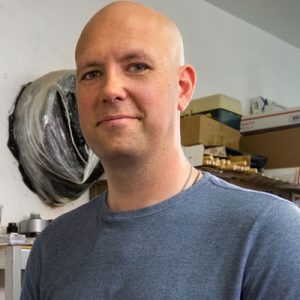 As a young child, Joseph Strain was awestruck by the dashing, black-clad, masked outlaw who stood up for the common man—Zorro! Joseph was not only impressed by the myth of the justice fighter, but also with his skill at wielding and cracking a bullwhip. Inspired, Joe purchased an old Mexican whip and worked on his technique, learning to crack the whip by watching another action film, The Man from Snowy River, but he spent as much time repairing the worn whip as cracking it. So he set out to make a better whip, one that was easy to handle, sturdy and pleasing to the eye.

His first step: research. He consulted David Morgan’s book, Whips and Whipmaking, and later learned from the master himself. Soon, Joe’s skills improved substantially. Now, with more than 22 years of experience, the Master Whipmaker’s whips are in high demand—and as the circle of life would have it, he’s “reunited” with his childhood hero. His work has appeared in The Mask of Zorro and The Legend of Zorro. Other films featuring his whips include, Shanghai Noon, Shanghai Knights, Catwoman, Indiana Jones and the Kingdom of the Chrystal Skull and Iron Man 2. He also makes whips for theme parks and stunt shows worldwide, and creates custom whips for stuntmen, entertainers and working cowboys. One might even catch him performing at charity events and on television shows.

In 2010, Joseph won First Place at the World Leather Debut with a 24-plait, red and black bullwhip. 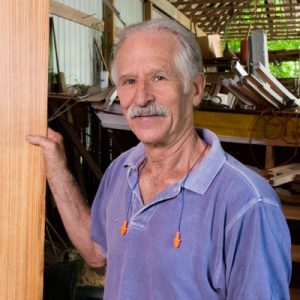 Allen Cady started working with wood when he was a teenager. In the 1970s, he applied his knowledge to restoring antique and classic watercraft where he learned about the characteristics of wood and the subtleties of its form and function.

After decades of boatbuilding, Allen decided to change course. Today, he applies his experience and expertise to creating original antique reproductions—from bread and cheese boards to walking sticks to furniture, and the stunning luminaria featured on Handcrafted America. Mostly, He uses reclaimed, lumber from trees that have been around for centuries.

When creating a new piece, Allen takes his inspiration from nature and allows the wood to inform what object it will become.