It’s 1924 and Prohibition is the law. At 70, Bill Tilghman, famed gunslinger, lawman, politician, actor and movie producer who once rode with the Earps, is called to put the badge back on to fight corruption in a booming oil town. But it’s a whole new world out there. Is this aging cowboy in over his head?

Sam Elliott, Arliss Howard, and Carolyn McCormick star in this tale based on the life of gunslinger, lawman, actor and silent movie producer Bill Tilghman.

He rode with Wyatt Earp and his brothers enforcing the law and keeping order in some of the roughest, most corrupt towns of the Old West. As the years rolled on, Bill Tilghman became an actor and producer who was determined to portray Westerns honestly, not in the romanticized way of Hollywood. After all, he lived it.

Now, it’s 1924, and Prohibition is the law, but many western towns and establishments in big cities have found ways to get around the restrictions. While some just want to let loose and have fun, others are hotbeds of crime and corruption. Cromwell, Oklahoma, a booming oil town, is one of the most dangerous. Held under the control of rogue Federal Prohibition Agent, Wiley Lynn, liquor is the least of the town’s worries, as drug dealing gangsters from Kansas City flood in to make their fortune selling cocaine and heroin, Wiley Lynn being one of their regular customers. 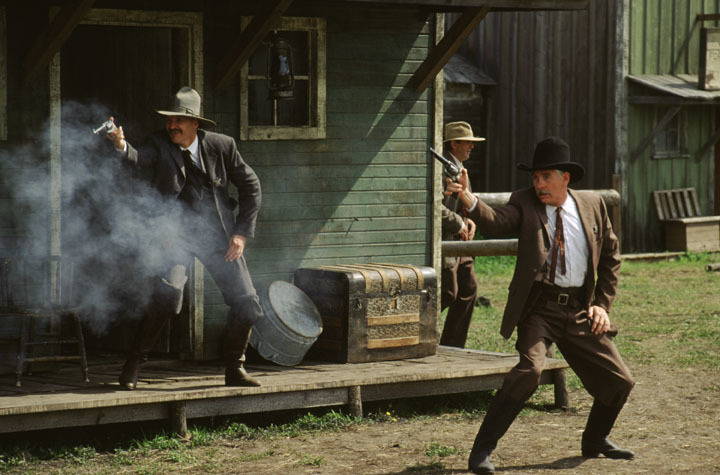 Lynn plays it cool. Outwardly, he’s the picture of innocence, an upstanding citizen and lawman, completely on the up and up. When an informant tips off the sheriff, he reports the illegal activity to the man who is supposed to uphold the Prohibition law, Lynn. But Lynn is getting a hefty cut of all the criminal business, and he isn’t about to let anyone threaten his profits or his drug habit, so very calmly, he kills the sheriff and the informer.

Fed up with the rampant crime and disregard for the law, some of the town’s residents turn to the only man they know who has faced down some of the Old West’s most villainous outlaws.

On a ranch near Cromwell, Tilghman, at 70 and retired from law enforcement, is living a peaceful life with his wife and kids while dabbling in the movie business. When the call comes to step up, and wear the marshal’s badge again, he can’t resist, in spite of his wife’s protests.

But this Old West lawman is entering into a whole new world, one of crime bosses, bootleggers, swindlers and heavily armed gangsters in getaway cars. His “Cowboy Code of the West” doesn’t apply against a mobster with a machine gun, and least of all when facing a ruthless thug like Wiley Lynn who will do anything to keep power over his corrupt empire.

The Voice. The Stache. Sam, the Man… With more than 50 years in the entertainment industry, Sam Elliott commands the screen and... READ MORE