Jim West and Artemus Gordon come out of retirement to face a foe like no other! Will these two iconic Old West government agents be able to corral their new archenemy…or will he destroy them – and the world?

Fans of the original Wild Wild West TV show will be thrilled to see Jim West and Artemus Gordon together again in this imaginative and spirited reunion show. Come along for another rollicking good time as this Old West duo tackles a new foe unlike any other! 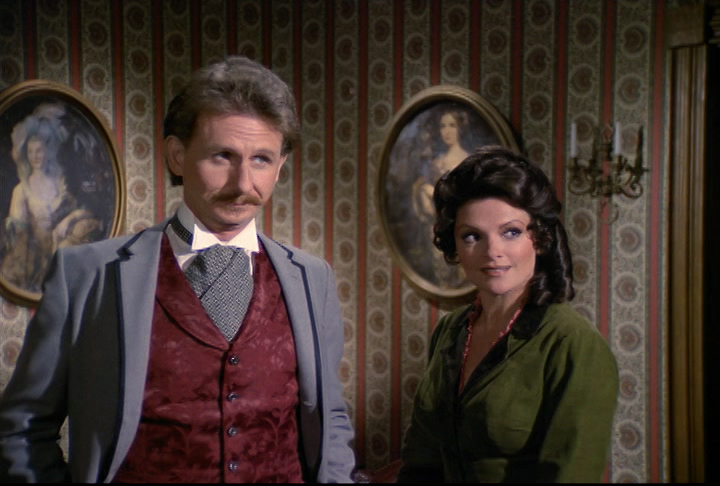 The year is 1885, and West and Gordon have been called out of retirement by the secret service. West is called in from his home in Mexico, and Gordon is called away from the Shakespearean stage in order to help the service collar a new evil genius.

The son of their most villainous opponent is gleefully following in his evil father’s footsteps. Dr. Michelito Loveless, Jr. has somehow kidnapped the royal leaders of England, Spain, and Russia and replaced them with exact duplicates under his control!

But he won’t just stop there…his next victim could very well be President Cleveland!

So now it’s all aboard for West and Gordon as they step onto their private train once more. Conquering Loveless, Jr. won’t be easy, because he’s got a vast array of futuristic tools at his disposal – from cloning, to robots – and even an atomic bomb!

Will these two iconic Old West government agents corral their new archenemy…or will his advanced weapons destroy them…and the world?

Born Conrad Robert Falk on March 1, 1935 on Chicago’s south side, actor Robert Conrad was not only a well-known television actor, but also a singer and recording artist as Bob Conrad, primarily for Warner Bros. records.

Conrad is best known for his role of Secret Service Agent, James T. West in The Wild Wild West television series and the TV film The Wild Wild West Revisited. His athletic background as a football and basketball player, and professional boxer, earned Conrad roles as a “tough guy,” and allowed him to perform most of his own stunts.