Tune into Saddle Up Weekends on INSP! View the schedule here.

They didn’t call it the “Wild” West for nothing! Some frontier towns might have had a sheriff, but often lawlessness ruled. Justice was left to vigilante groups, posses that would make an arrest or take the law into their own hands. So cowboys developed their own “laws” of behavior.

The Code of the West

While they were quick on the draw when they had to be, cowboys lived by a basic moral code, unwritten and unspoken rules that formed a way of life, based on fairness, respect for the environment, loyalty, honesty and a dedication to work. To break the code would mean living as an outcast.

Which of your favorite INSP cowboys and cowgirls, pioneers and trail-blazers best live up to one or more of these principles? Share with us!

The Cowboy – and Cowgirl – Code of Conduct 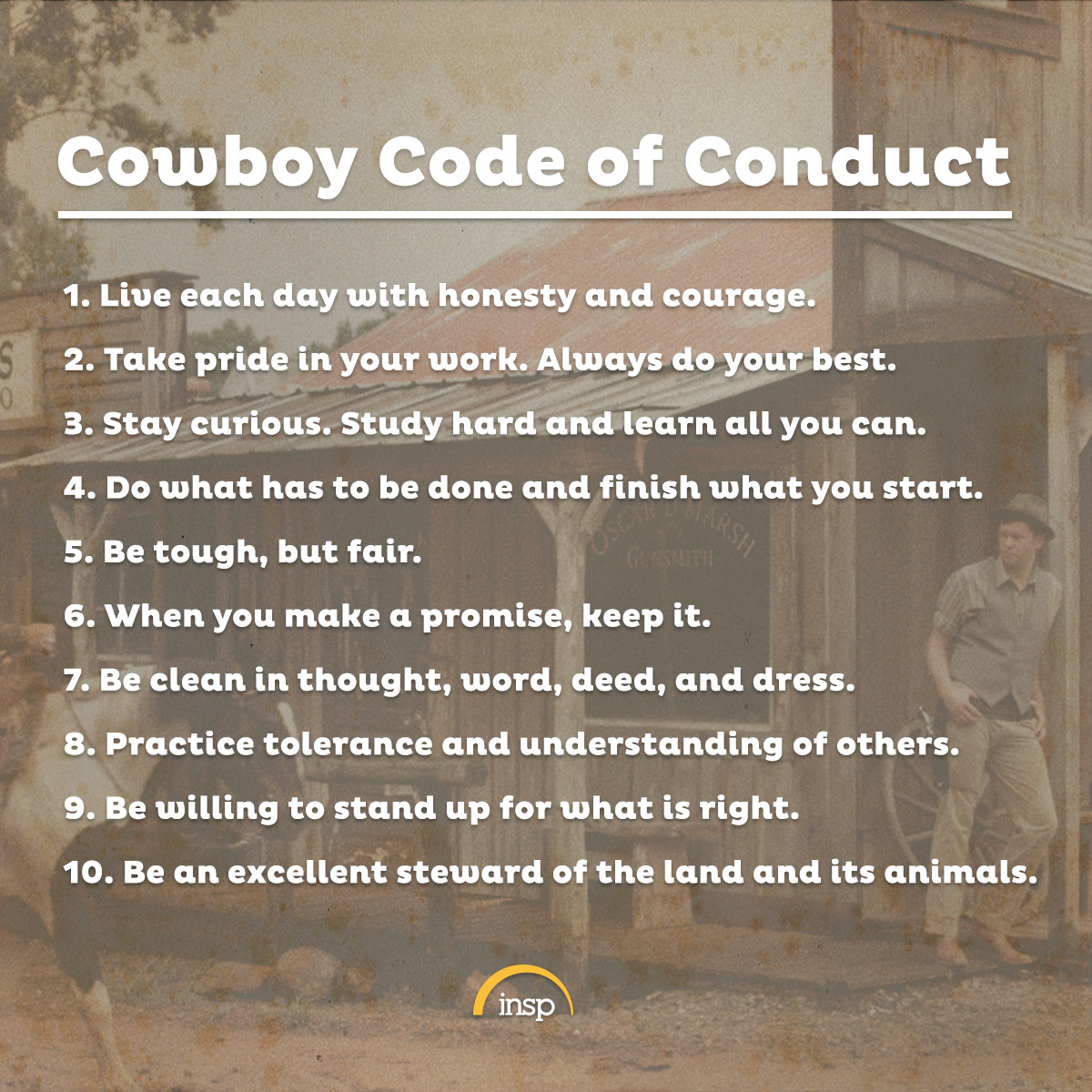 Love cowboys as much as we do? Join our newsletter!