Meet Comanche Todd, a man raised by Indians and wanted for murder. He’s also the only hope teenage survivors of an Apache attack have if they want to make their way out of the wilderness. Will he deliver them to safety – or desert them for freedom?

Richard Widmark, Felicia Farr, and James Drury (from The Virginian) star in this riveting Western shot in Cinemascope and Technicolor in Sedona, Arizona.

Comanche Todd, a man brought up by Indians, has landed in the clutches of Sheriff Harper. The Sheriff claims that Todd murdered his three brothers. As the Sheriff drags Todd toward justice by a rope strung around his neck, they encounter a wagon train filled with mostly teenagers and children on their way to Tucson. Col. William Normand of the Union Army leads it, and the Sheriff decides to travel along with the group as they head towards the dangerous Canyon de la Muerte—Death Canyon. 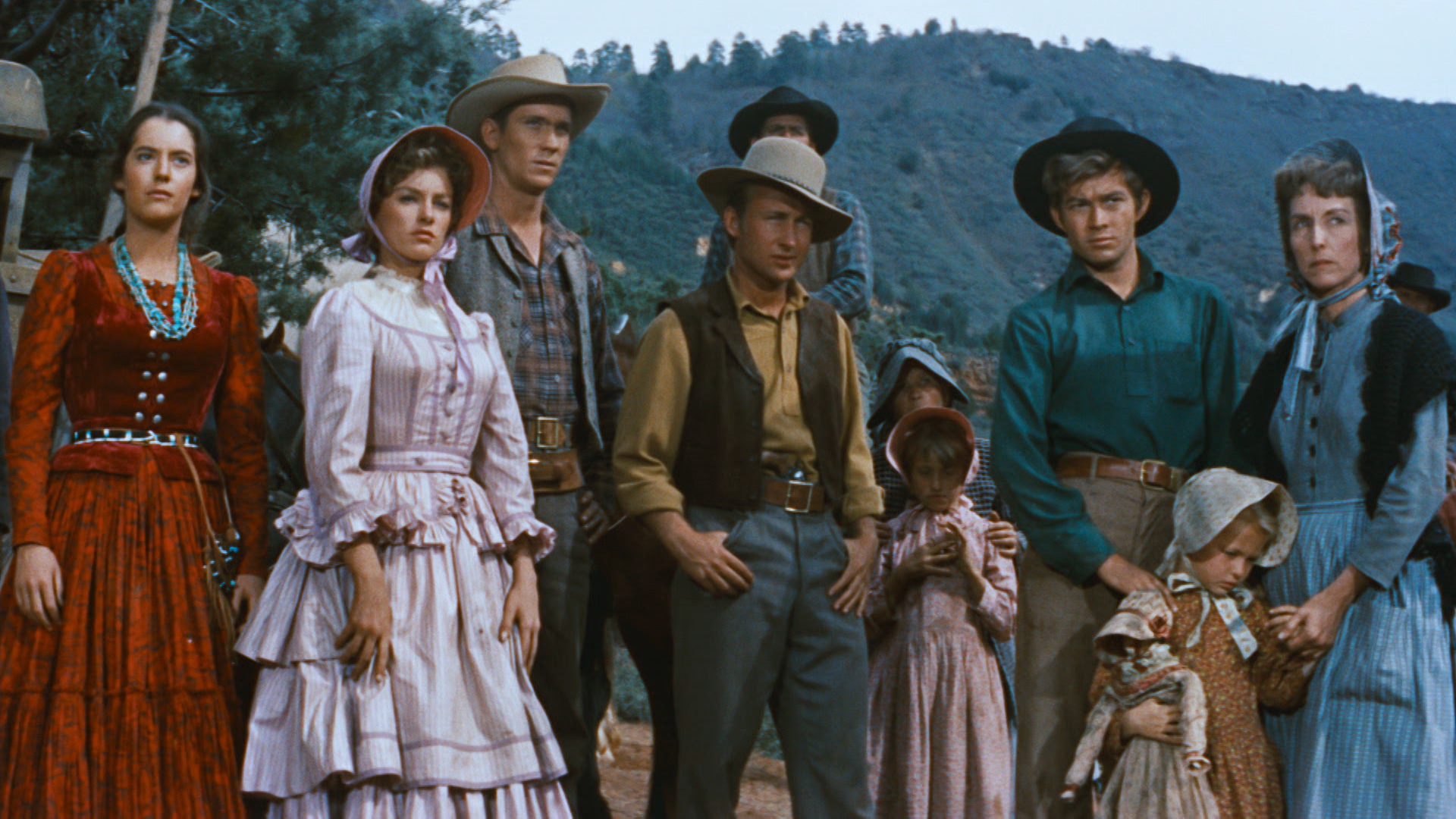 When they stop for a meal, the Sheriff makes it clear that Todd isn’t to eat or drink anything. Despite this, a boy named Billy brings him a plate of food, which angers the Sheriff. He takes a shot at the boy, which in turn enrages Col. Normand. The Colonel now insists that Comanche Todd be untied and given food and water.

However, when another teenager gives Todd a puff of tobacco on his pipe, Sheriff Harper takes a shot at him, too. Todd responds by throwing an ax at him, which kills the Sheriff. Now, the Colonel is furious. He informs Todd not to try to escape, because he will turn him over to the law.

Later that night, the teenagers sneak off for a midnight swim, and Apaches attack – killing almost everyone left behind in the camp. Only Todd has survived, clinging to the back of a wagon that fell over a cliff.

Now it’s up to Todd to guide the teens to safety. Can they put their trust in him – or will he desert them for his Comanche friends – and his freedom?