Chuck Connor loves his trouble-free life. As a saddle tramp, he goes where he wants, works where he wants, and is tied down to no one. But all of that comes to an end when his widower friend is thrown from Connor’s horse and dies – leaving his four sons orphaned and alone!

Feeling a sense of responsibility since he didn’t warn his friend about his nervous horse, Chuck takes the four boys and heads out to find a job that will support all five of them. Somehow, he must figure out how to make the life he loves as a carefree ranchhand work with the life he now has taken on as a parent and provider. 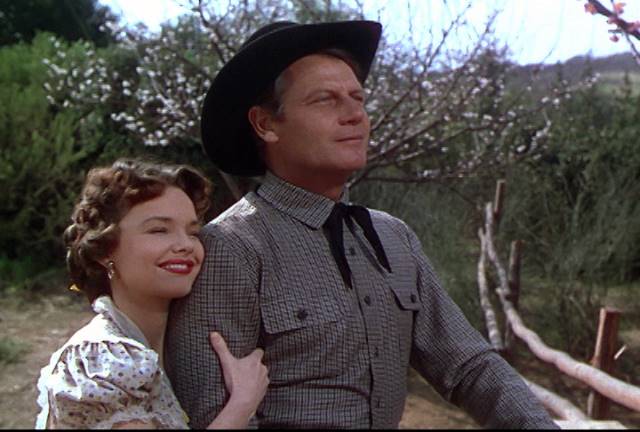 Connor lands a job with local rancher Jess Higgins, but there’s a catch: Higgins hates children and won’t have any on his land. Connor hides the boys in a nearby canyon camp and promises to return with food as soon as he can.

While Chuck works on the Higgins’ ranch, he learns that Higgins is feuding with a neighboring rancher named Martinez, who he is sure is stealing his cattle. But, soon enough, Chuck discovers that Martinez blames Higgins for stealing his cattle too!

As if Chuck doesn’t have enough to worry about, he returns home to find a young runaway woman named Della hiding out with the boys at their camp. Somehow, Chuck manages to take enough food from the rancher’s house to feed everyone…but how long can he do that without getting caught?

Suddenly, Chuck Connor has six mouths to feed, a boss that doesn’t trust him, and he suspects he’ll be forced to expose a rogue cattle rustling operation.

It seems that this swamp tramp’s life is about to get very complicated….