Newlywed Benjamin Tabor and his bride Maria are caught in the middle of a bank robbery, and Maria is kidnapped. Now Benjamin teams up with ruthless bounty hunter, Quentin Leech to get his wife back and capture the outlaws.

Country music’s finest stars in this this tale of vengeance set in the Old West!

Newlywed Benjamin Tabor and his bride, Maria, tangle with criminals when they’re caught in the middle of a bank robbery. The murderous 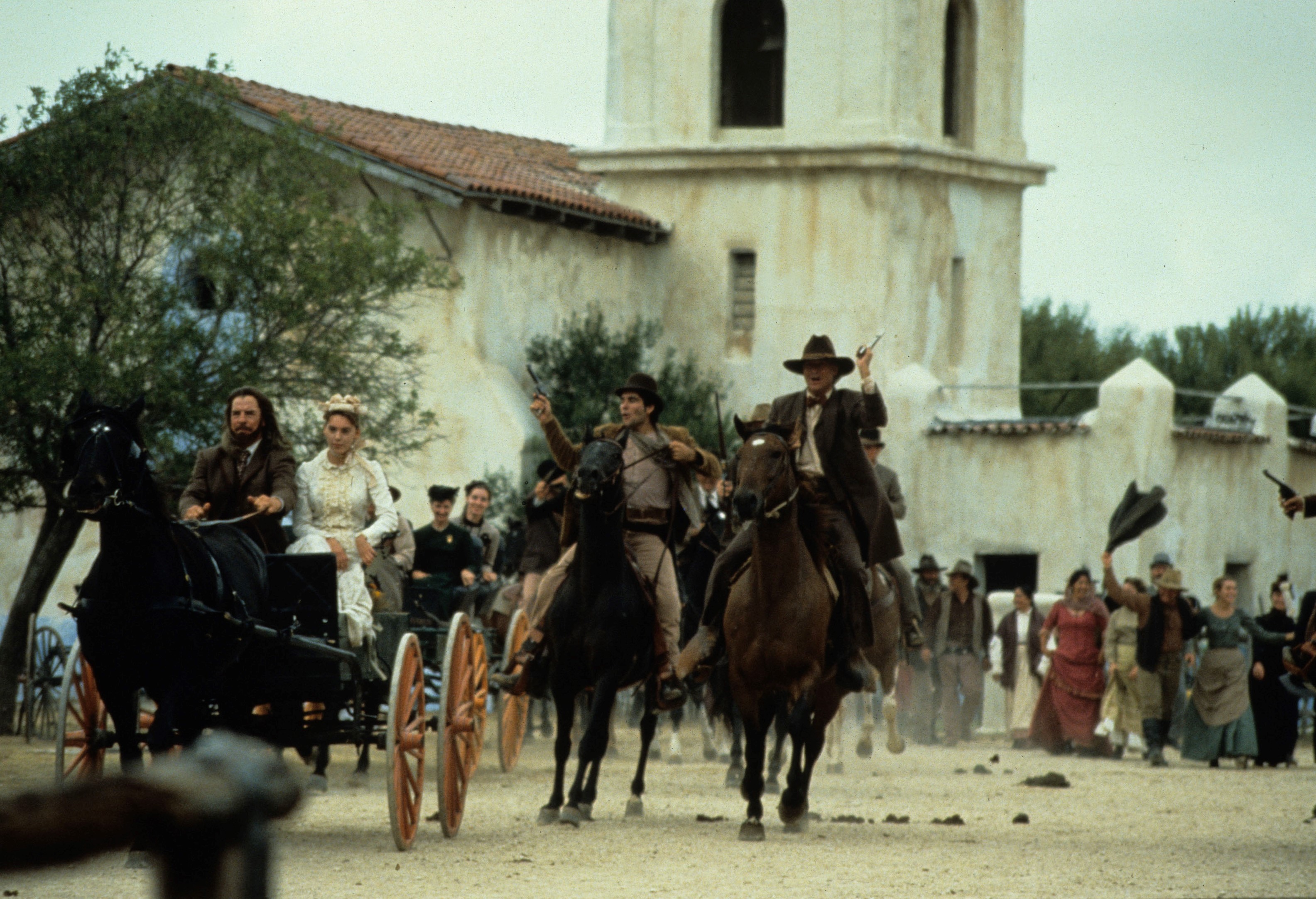 Now, Benjamin not only wants to rescue his beautiful, young wife, but he’s also out for blood. Seething with vengeance, he teams up with rugged and ruthless bounty hunter, Quentin Leech.

Quentin is happy to oblige, since he has his own secret reasons for hunting down the notorious gang, reward money notwithstanding.

As the mismatched vigilante duo hits the trail to track down the outlaws, they get help from some unlikely individuals, such as Flora Mae Pepper, who offers the men a safe space in what will surely become an all-out shootout.

Will the Real Kenny Rogers Please Stand Up.

Kenny Rogers attended a show in Las Vegas featuring performers impersonating famous entertainers. On a whim, he took the stage and played himself! He sang his hit “Islands in the Stream” with the actor impersonating Dolly Parton. Many in the audience had no idea it was really him!

If Travis Tritt isn’t a sports fan, he should be. Over the course of his career, he performed at the 1996 Olympics, two Super Bowl games, one World Series Game, the opening of the Georgia Dome, the last Braves game at Atlanta-Fulton County Stadium, and the 2013 NCAA Men’s Basketball Championship.

The Road to Stardom, Part 1

Before becoming Miss USA in 1985, and embarking on a successful acting career, Laura Harring was a professional tango dancer, a social worker in India and contemplated a career as a gemologist.

The Road to Stardom, Part 2

Before hitting it big on the country charts and in movies, Naomi Judd was a single mom, who struggled to make ends meet. To support her family, she worked as a secretary, a waitress, a clerk and a nurse.

The Voice. The Stache. Sam, the Man… With more than 50 years in the entertainment industry, Sam Elliott commands the screen and... READ MORE

Exclusive Interview with Lana Wood, Child Star of The Searchers, with John Wayne

Lana Wood: Who The Searchers Were Searching For By Henry C. Parke If there is any one role actress Lana Wood is best known for,... READ MORE