For over six decades, Kenny Rogers released countless records and graced us on the small screen in unforgettable roles. Rogers created a signature sound without letting the confines of a single genre hold him back. That, combined with his radiant personality and natural ability to put people, from all walks of life, at ease transformed the beloved artist into an American legend.

Born on August 21, 1938, Rogers grew up in Houston, Texas, with his parents and seven siblings. Finding his passion for music at an early age, he saved up to buy his first guitar and eventually joined his first band, The Scholars, in the 1950s. After his run with The Scholars ended, he released several solo albums. His single, “That Crazy Feeling,” made a minor splash with audiences across America and led to a once-in-a-lifetime opportunity ­— a live performance on Dick Clark’s American Bandstand.

Expanding as a music artist, he next dabbled in the jazz scene, joining famous vocalist Bobby Doyle’s ranks as a member of The Bobby Doyle Trio. By 1966, he moved on to the sweet sounds of yet another music genre when he joined The New Christy Minstrels, a folk-pop group. After a year with the band, Rogers then formed a new group with some of his former bandmates, The First Edition. Later known as Kenny Rogers and the First Edition, they incorporated multiple genres into creating a truly eclectic sound. A handful of their songs became popular and led to the band’s very own syndicated music show.

In 1974 Rogers again went the solo route and achieved the commercial success he had been striving for with the feel-good country song, “Love Lifted Me.” Just two short years later, he scored his first hit on the top of the country charts with the heart-wrenching hit, “Lucille.” It landed a spot in the top 5 and won him his first Grammy Award for Best Country Vocal Performance, Male.

In 1978, at the height of his success, he released “The Gambler,” breaking over to the pop music charts and earning him his second Grammy Award.

From there, his career continued to take off. In the decades to come, he adapted to the industry changes, while still staying true to his sound and proved that his music could stand the test of time. He continued to release countless other hits, and recorded unforgettable songs with Dottie West, Sheena Easton, Kim Carnes, and won the Academy of Country Music Award in 1983 for his duet with the one and only Dolly Parton.

With more than 120 chart-climbing singles under his belt, Rogers goes down in history as one of the best-selling musicians of all time. In 2013 he received the ultimate honor with his induction into The Country Music Hall of Fame. 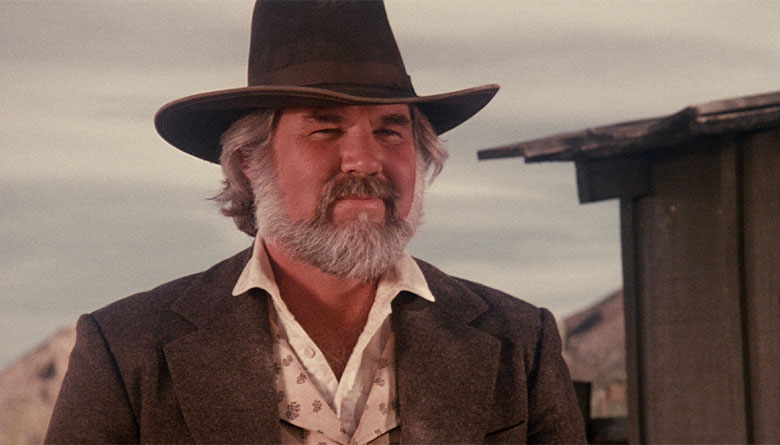 While Kenny Rogers’ rendition of “The Gambler” might be the most known, you’d be surprised to learn that he was not the first artist to record the song.

Inspired by his grim experience working as a computer operator on the graveyard shift, aspiring songwriter Don Schlitz came up with the elaborate idea for the song in 1976. During his 20-minute walk home from his mentor, seasoned songwriter Bob McDill’s office, Schlitz came up with most of the lyrics off the cuff. The intricate lyrics told an intriguing story, but its bleak ending for the title character made it a hard sell in Nashville.

Finally, in 1978 it debuted on the radio waves, with Schlitz himself and famous singer, Bobby Bare releasing versions of the song. But it wasn’t until music producer Larry Butler got his hands on it that it received the recognition it deserved and the vocal power behind it to do it justice. Butler approached Kenny Rogers and Johnny Cash about recording it, but ultimately Rogers beat Cash out. Charged with virtuosity and zest, Rogers put a unique yet universal spin on his version, uplifting the dark subject matter, enhancing the storytelling, and transforming it into a catchy melody for the masses.

In response to the sensation around the song, CBS produced a made-for-TV movie based on it. The 1980 film of the same name is a timeless western film and starred the Gambler himself in the lead role. Rogers plays Brady Hawkes, a well-versed gambler who’s traveling to meet his recently discovered young son who reached out to him for help. Along the way, he befriends a professional poker player, and together they team up — righting a few wrongs in the process. 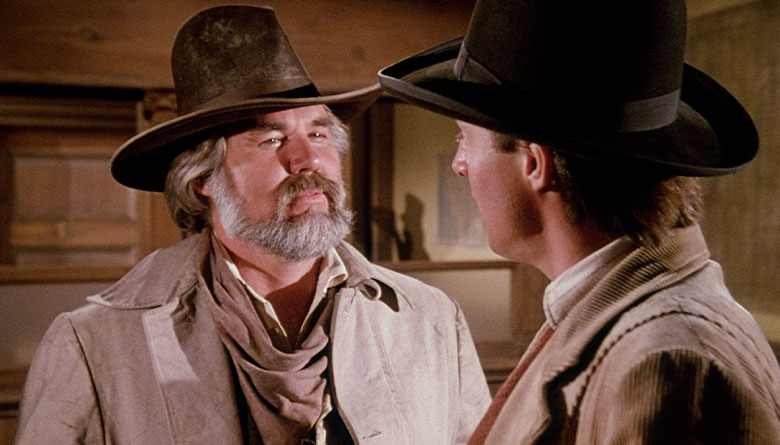 Praised by audiences and critics alike, the film received two Emmy Award nominations and soon became a franchise, with four other movies to follow; The Gambler: The Adventure Continues (1983), The Gambler Part III: The Legend Continues (1987), The Gambler Returns: The Luck of the Draw (1991), and Gambler V: Playing for Keeps (1994).

Before The Gambler film’s success, Kenny Rogers had exercised his acting chops with small roles on TV movies and series. After the release of the fifth and final Gambler, Rogers had a knack for it. Up until 2010, he continued to star in roles on numerous projects, from a photographer going blind on Dr. Quinn, Medicine Woman, to a book narrator on How I Met Your Mother — just to name a few.

As the decades passed and his hits kept piling up, Rogers stepped back from the spotlight and focused most of his attention on his family. At the age of 66, he became a father of five, welcoming twin boys with his fifth wife, Wanda Miller. Finally finding his soulmate, Rogers lived out the rest of his days with her by his side. Kenny Rogers passed away from natural causes on March 20, 2020, at the age of 81. Although Rogers is gone, his spirit will continue to live on through his family, his films, and the plethora of legendary tunes he left behind that get stuck in our heads and that everyone, no matter what age, can’t help but sing along.