Kenny Rogers – When the Gambler Upped the Ante

“I never saw somebody enjoy their success so much as Kenny Rogers. There was no angst about it, or that ‘I don’t really deserve this’ kind of thing.” —Bruce Boxleitner 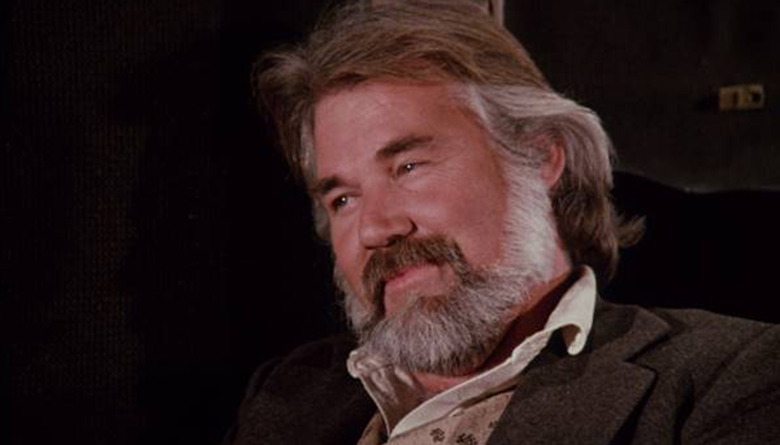 At a glance, it seems like singer Kenny Rogers went from success to success; but there were gaps, chasms in between, as he figured out what kind of a musician he was going to be. In the late 1950s, the poor boy from the Houston projects had a doo-wop hit and appeared on American Bandstand. Then nothing. He was a successful folksinger as one of The New Christy Minstrels, until they broke up. With The First Edition, there were hits like the Psychedelic What Condition My Condition Was In, the Peacenik anthem Tell It All Brother, and the Country Ruby, Don’t Take Your Love to Town. Then the band petered out. Afterward, Kenny had his first success as a solo artist, with You Picked a Fine Time to Leave Me Lucille, and he became a certified country artist.

About that time, Don Schlitz, affected by the recent loss of his father, wrote what would be his first recorded song. Bobby Bare’s version went nowhere; Johnny Cash’s take was undistinguished. Then it was Kenny Rogers’ turn. Record producer Larry Butler told him, “If you sing this song, I think you will become ‘The Gambler.’” Presented as a conversation between a callow youth and an aging poker-player who meet “on a train bound for nowhere,” it was a once-in-a-lifetime match of a great lyric and Rogers’ beautifully raspy story-telling voice. “He looks the part,” Dolly Parton says, “like a gambler…who would go to some western town, play in any card game, and win. You believed it.”

Backstage at an awards show, Rogers remembered, his personal manager Ken Kragen cornered a pair of CBS executives, with a big copy of “The Gambler” poster, “which he unfurled for them to see. He had a one-line pitch: ‘Don’t you think this guy needs to be in a movie?’” They made a handshake deal then and there. 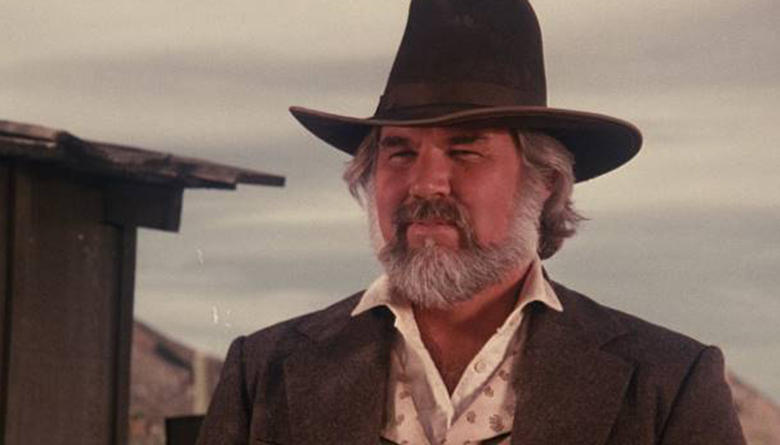 Of course, you can’t make a movie out of a poster and a three-minute song. There were even issues with the song itself. The wonderful, light-hearted sing-along chorus masked some darker matter. The empowering concept, “’Cause every hand’s a winner, and every hand’s a loser,” is followed by the decisively downlifting, “And the best that you can hope for is to die in your sleep.” And the Gambler does die in his sleep! Maybe that’s why, in the movie, you never hear the entire song.

They needed a story. Famous for his Gunsmoke scripts, Writer/Producer Jim Byrnes remembers, “Kenny Kragen called me and said, ‘CBS said you’re the guy: they want you to write it.’” He worked out the story with Cort Casady, then wrote the script. The plot would revolve around the Gambler, now Brady Hawks, and his young protégé and sidekick, Billy Montana. Montana’s casting would be crucial because he’d have to do all the heavy-lifting, acting-wise since, as Kenny put it, “I am a really versatile, mediocre actor. I’m good at being me in different clothes.”

Byrnes knew who he wanted to play the exuberant youth. “I was pitching Bruce Boxleitner, ’cause I’d done How the West Was Won with him. They wanted to try other people.” Although most were all wrong, “Richard Gilliland, was really good. He started reading the part, and all of a sudden, he looked up and said, ‘You know who’s good for this? Boxleitner!’” The network threw in the towel.

Byrnes built the story, “about their work relationship: good banter, good exchanges between them, and it worked. They liked each other a lot. [Kenny] was very insecure. He’d say, ‘How do I say this? Am I angry?’ I kinda had to coach him in the beginning.” 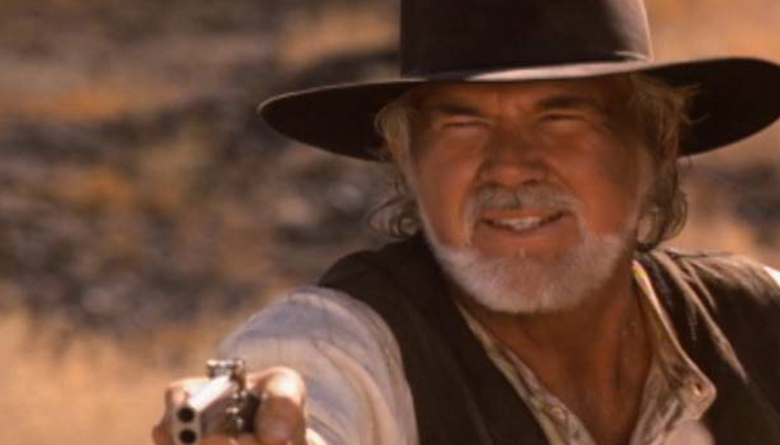 Boxleitner, soon to be seen in The Warrant: Breaker’s Law, remembers, “Kenny was very smart to just be himself, instead of trying to make a character. The secret of good acting is, can you be your pure self? He was very charismatic, a very personable, warm presence.” But he was also an athlete, a big man, an extremely competitive tennis player, and a good horseman. “He was a terror! He was great in fight scenes,” Boxleitner recalls, “and he did a lot of his own stunts.”

A fresh viewing of The Gambler holds some surprises: it’s tougher than it’s remembered. There’s a real sense of menace. Hawks has just learned that he’s a father, and that his son Jeremiah (Ronnie Scribner) and ex-wife Eliza (Christine Belford) are being held by an old enemy, Rufe Bennett (Clu Gulager), a villain who beats women, and is willing to kill the boy. An early scene with Jeremiah trying to escape Rufe’s men, dodging through a corral of wild horses, is truly frightening. “I believe in dark,” Byrnes says with a chuckle.

So why is it remembered as light? It’s the banter: just like Butch Cassidy and the Sundance Kid, the word-play between the two men is so lively that it’s easy to forget they’re talking about life and death. The Gambler was so successful it spawned a mini-genre of Westerns starring Willie Nelson, Kris Kristofferson and Johnny Cash.

Boxleitner would costar in the first three Gambler films. Even when he’d become a big star, “…doing Scarecrow and Mrs. King, I did two (Gambler films) on hiatus.” But when Gambler IV was being shot, he was off costarring with John Goodman in The Babe.

Rogers surprised his fans with the 1993 non-Gambler Western, Rio Diablo, co-written by Stephen Lodge and David Cass, Rogers’ stunt double on the on the Gambler films. Rogers’ Quentin Leech is introduced in an opening nearly identical to The Gambler, riding through the Arizona desert, singing—and he’s a minister in this one! Only it’s a ruse. He’s really a bounty hunter, the sort that seems no better than the men he drags in, dead or alive. A grim and gritty film all-around, Rogers’ protégé is Travis Tritt, a man trying to recover his betrothed, who was kidnapped from their wedding. He’s so unpleasant he could be called the anti-Boxleitner. 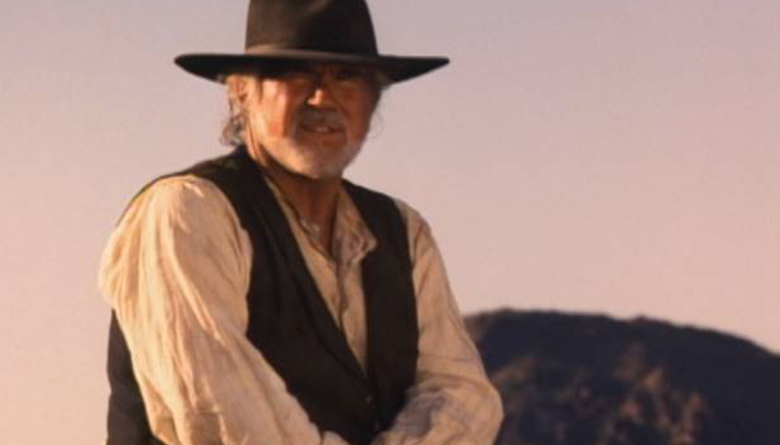 Still, Boxleitner is a fan of this one. “Kenny had four Gamblers under his belt, you know? His fans knew him as Brady Hawks, a lovable, slick guy with cards. With the character in Rio Diablo, I think he wanted to draw a big distinction between the two; it wasn’t the same Kenny again, and I think he did well.”

Perhaps he got it out of his system, because one year later, Rogers would make his final appearance as Brady Hawks in Gambler V: Playing for Keeps. It had been seven years since Boxleitner had been Billy Montana, but Rogers was determined to end the series right. “I got a call from Kenny. ‘I’ll send a ticket and pick you up at the airport. I need my old sidekick back.’”