Starring Randolph Scott, Pernell Roberts, and James Coburn in his debut movie! Filmed in the “Alabama Hills” of Lone Pine, California and shot in Cinemascope, it captures the raw beauty and expansiveness of time and place that sets the tone for this tense, tight Western that is a perennial fan favorite.

Bounty hunter Ben Brigade is on a mission to bring his prisoner, Billy John, to Santa Cruz. Billy tells Ben that it’s only a matter of time before his notoriously dangerous brother, Frank, shows up to kill Ben and set Billy free. Billy John doesn’t know it, but Ben is simply using him for bait. He wants older brother Frank to find him—because Ben Brigade intends to kill him for the murder of his wife many years ago. 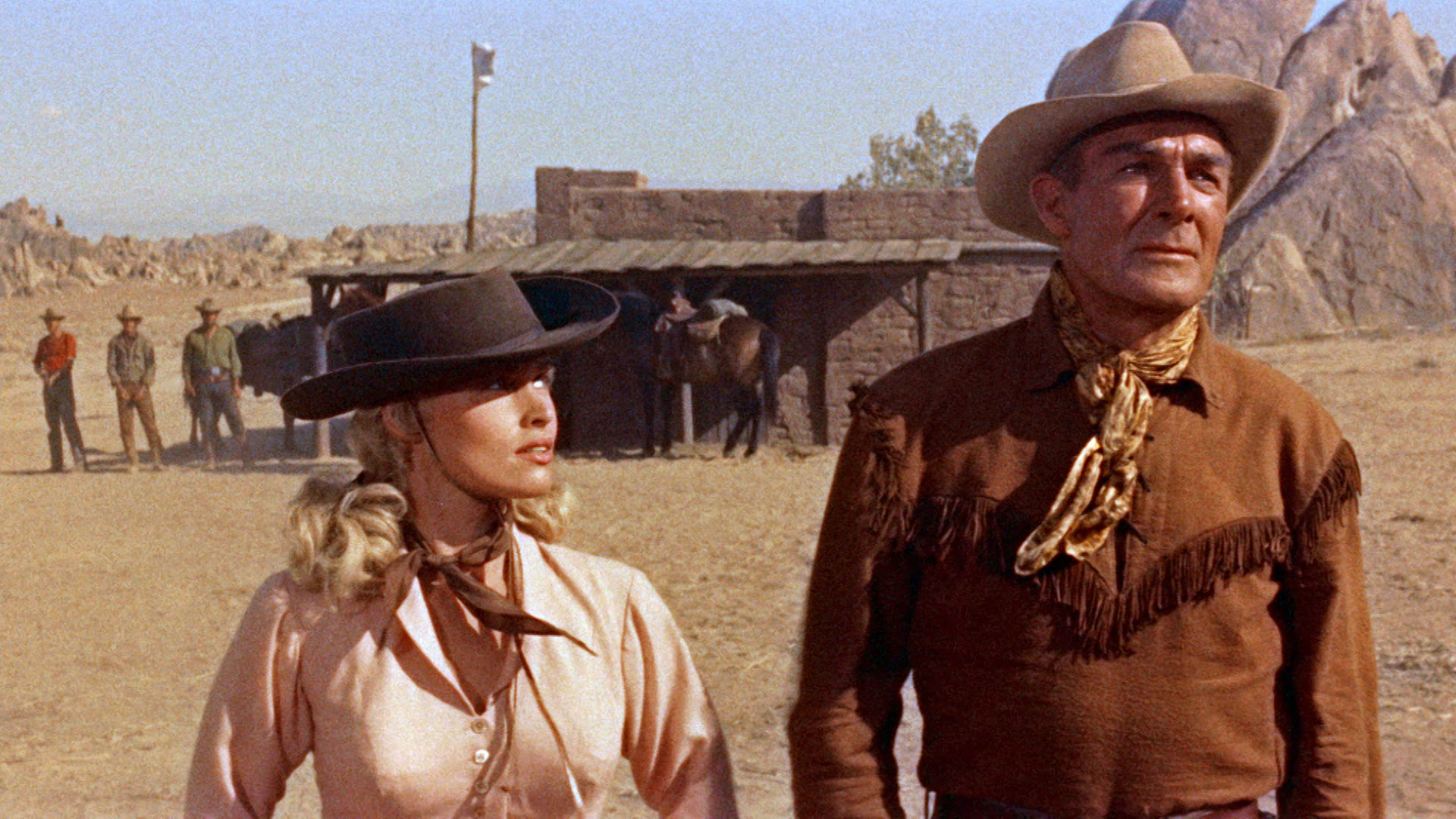 At a staging post along the way, Ben decides to take Mrs. Lane, the widow of the stage post’s manager, along to save her from a Comanche attack. He also finds and hires Boone and Whit, two outlaws that can help them make the journey safely.

As they make their way, the Comanche attacks continue, and each member of this group begins to express motives and agendas all their own. The two outlaws want to turn Billy over to the authorities in order to gain amnesty for past crimes. Mrs. Lane wants to get out of her current predicament and find safety. Billy John wants his brother to arrive and kill Ben.

For his part, Ben just wants Frank to continue following them all the way to a tree that has monumental significance to both him and this outlaw.

It’s a long way to go in this lonesome and unforgiving landscape, but Ben has vowed vengeance—and he doesn’t intend to stop now….

Modern Day Hollywood Cowboy “Real heroes are men who fall and fail and are flawed, but win out in the end because they’ve... READ MORE