They carried stars on cattle drives, cutting cows from the herd for branding, chasing bad guys through mountain passes and across barren plains, and simply to town for supplies. Even a movie and TV cowboy could not survive without a good, broke horse. In fact, actors and stunt riders’ lives depended on their horses being reliable, even tempered and highly-trained. That said, accidents can still happen: in the Little House on the Prairie episode, “Here Come the Brides,” Katherine “Scottie” MacGregor was actually injured in a scene where her character, Mrs. Oleson, falls off a horse.

Stable to the Stars

For over six decades, from 1912 until they closed the barn doors for the last time in 1975, Fat Jones Stables of North Hollywood provided rental horses used for riding, driving and stunts for many Western shows and movies.

In acknowledgement of the ASPCA’s Help a Horse Day, and because INSP fans love Westerns, we thought we’d pay tribute to the equine stars of days past. Let’s hit the trail! 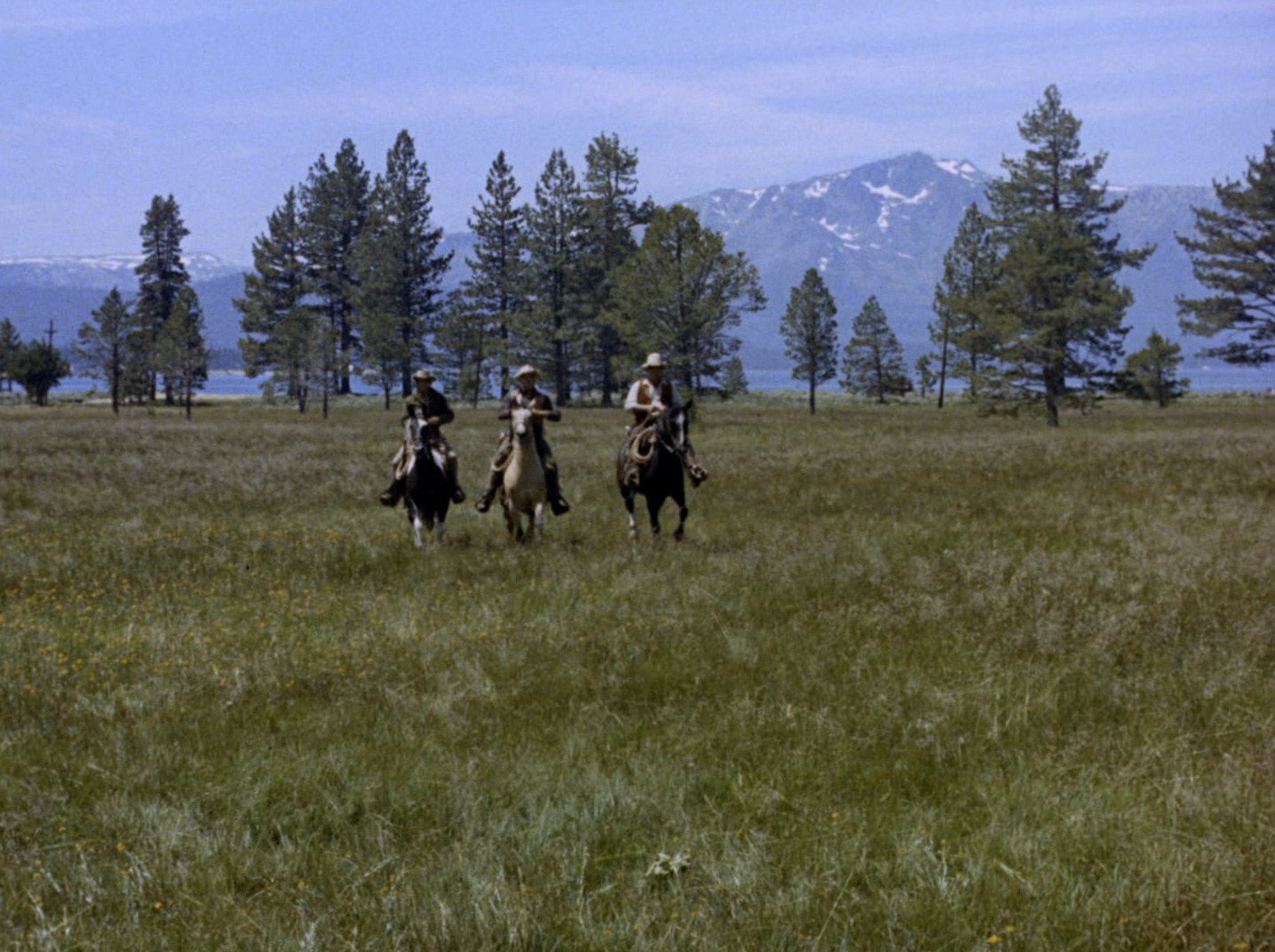 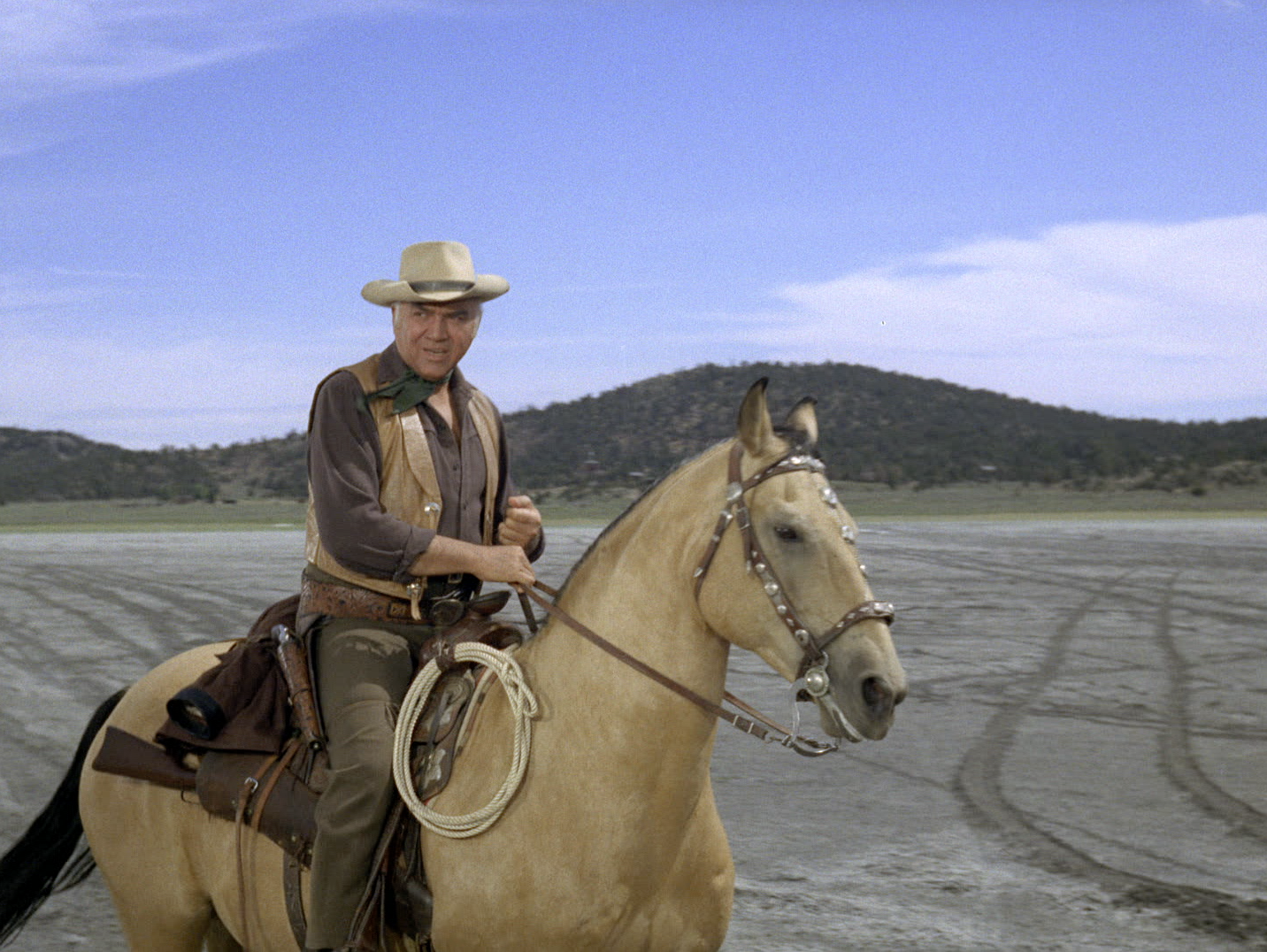 Michael Landon once remarked on a talk show that Lorne Greene didn’t much care for riding or horses. Still when Bonanza was cancelled, Lorne bought Buck, for fear that the horse would end up in a bad way. He then donated Buck to a therapeutic riding center. Buck taught mentally and physically challenged children to ride until his passing in 1992 at the age of 45, an unusually long life for a horse. 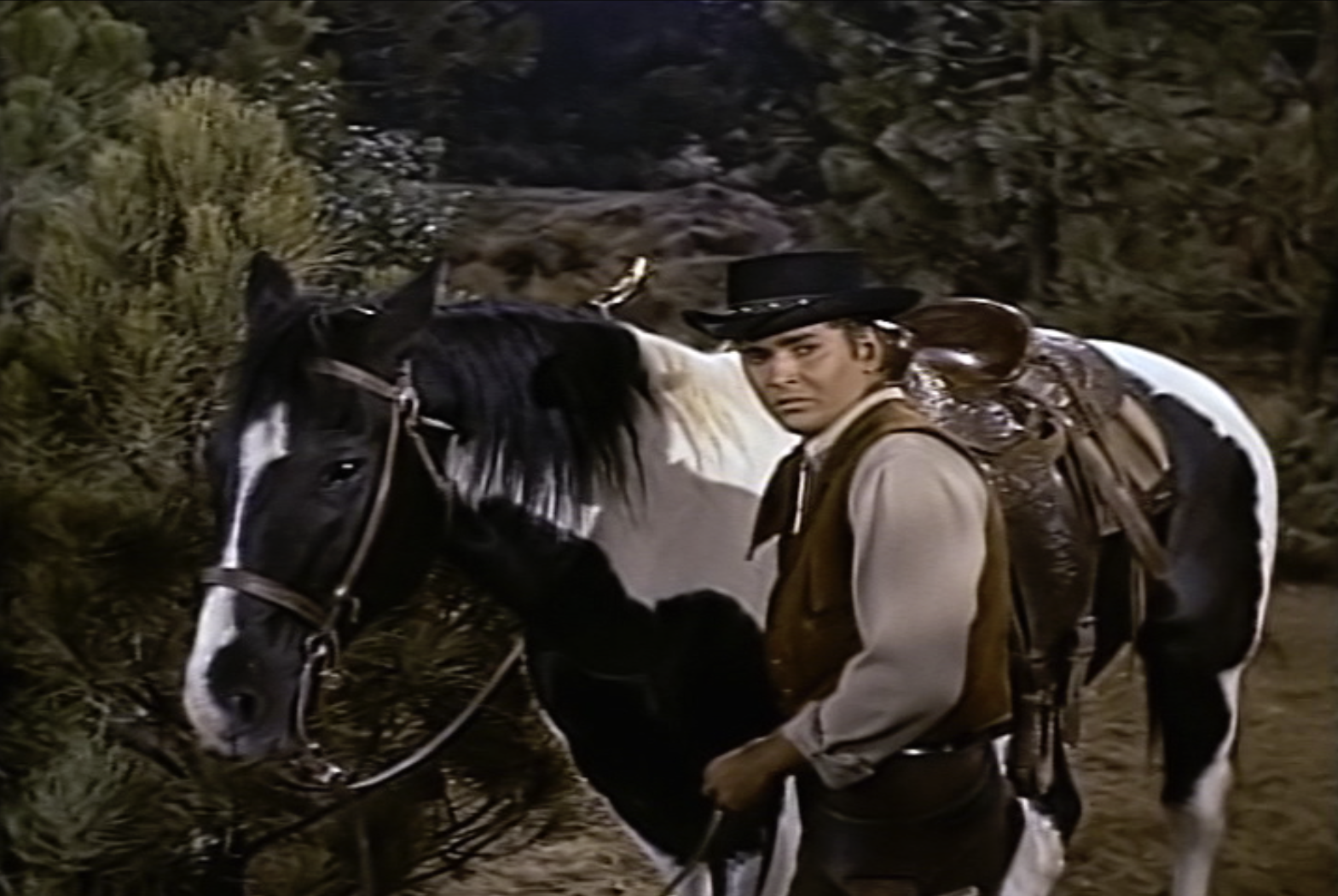 Michael Landon rode the flashy paint, Cochise for the first six years of the series, along with other paints that served as stunt doubles. One night an intruder broke into Fat Jones Stable, wielding a knife and injured several of the horses. Unfortunately, the veterinarian could not save Cochise. Distraught, Landon offered a reward for information leading to the capture of the perpetrator, but the criminal was never found. After that incident, Landon rode a variety of Paints for the remainder of the series. 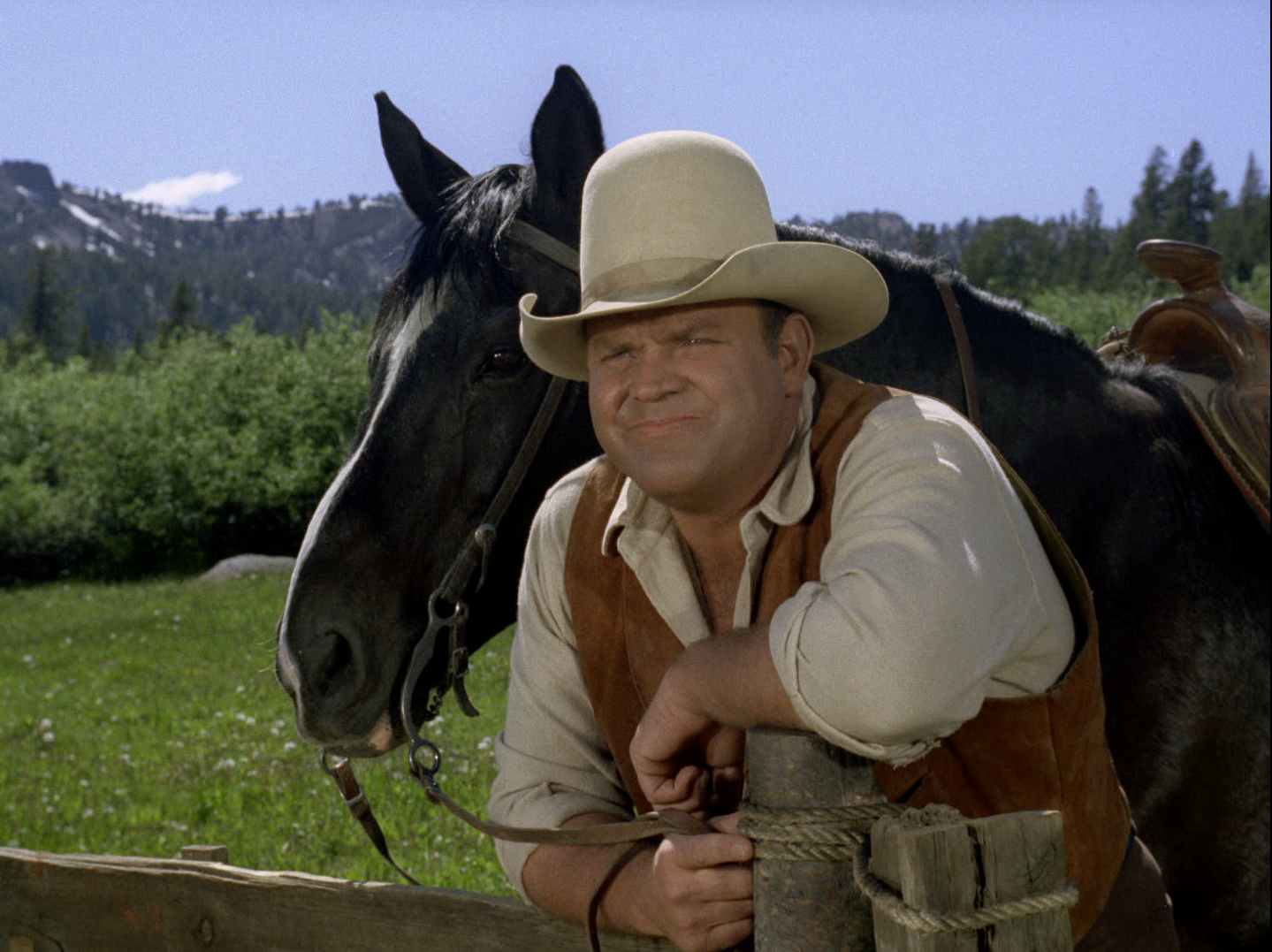 As one might imagine, it was not easy finding a horse to accommodate a man the size of Dan Blocker. But they found one in Chub, a dark bay, Appendix Quarter Horse, with 3 white socks and a blaze. Though Chub was not a huge horse, standing at 15.3 hands (1 hand equals 4 inches), he was stocky enough to carry Blocker.

Pernell Roberts rode two horses prior to Sport, but neither would behave on the set. The third, Sport, a 7/8 thoroughbred, sorrel gelding, with 3 white socks, was the charm.

You could fill several barns with the horses that galloped into the sunset with John Wayne in the saddle! Here are a select few.

John Wayne liked this horse so much, he had the writers revise the script of The Shootist so he could mention the horse’s name several times! Though he never owned Dollor, his contract with the owner stipulated that he would be the only one to ride him. Of course, The Duke would ride “The miracle horse” named Duke! John Wayne rode Duke in six films before they co-starred in Stagecoach.

Other horses include: Zip Cochise, Wayne’s equine co-star in El Dorado, and Banner, one of his favorites. Wayne wanted to buy Banner, but Fat Jones refused to sell the big sorrel. 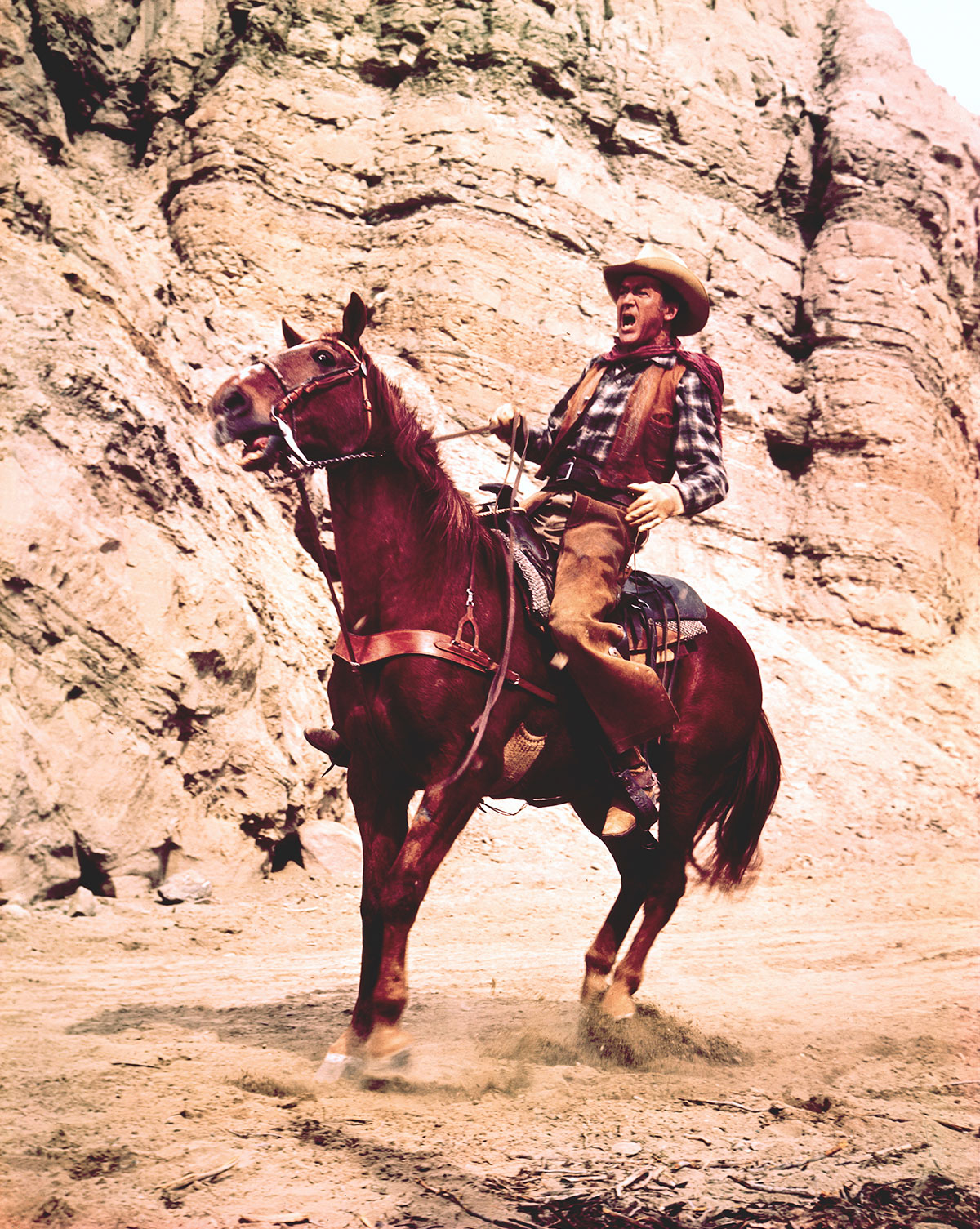 If there was any doubt that James Stewart was a kindhearted man, just look at his love for a horse named Pie. He rode the horse in 17 films until Pie’s retirement at the age of 29 after Stewart finished shooting Bandolero. Stewart tried desperately to buy Pie from his owner, but she flat out refused him every time he asked. Stewart had an incredible rapport with Pie, and when the horse passed away, he had him buried in a secret grave to ensure the horse’s dignity.

“It was almost a human thing between us. I think we liked each other….I really talked to this horse. I know he understood… I loved him. I loved the horse.” – James Stewart 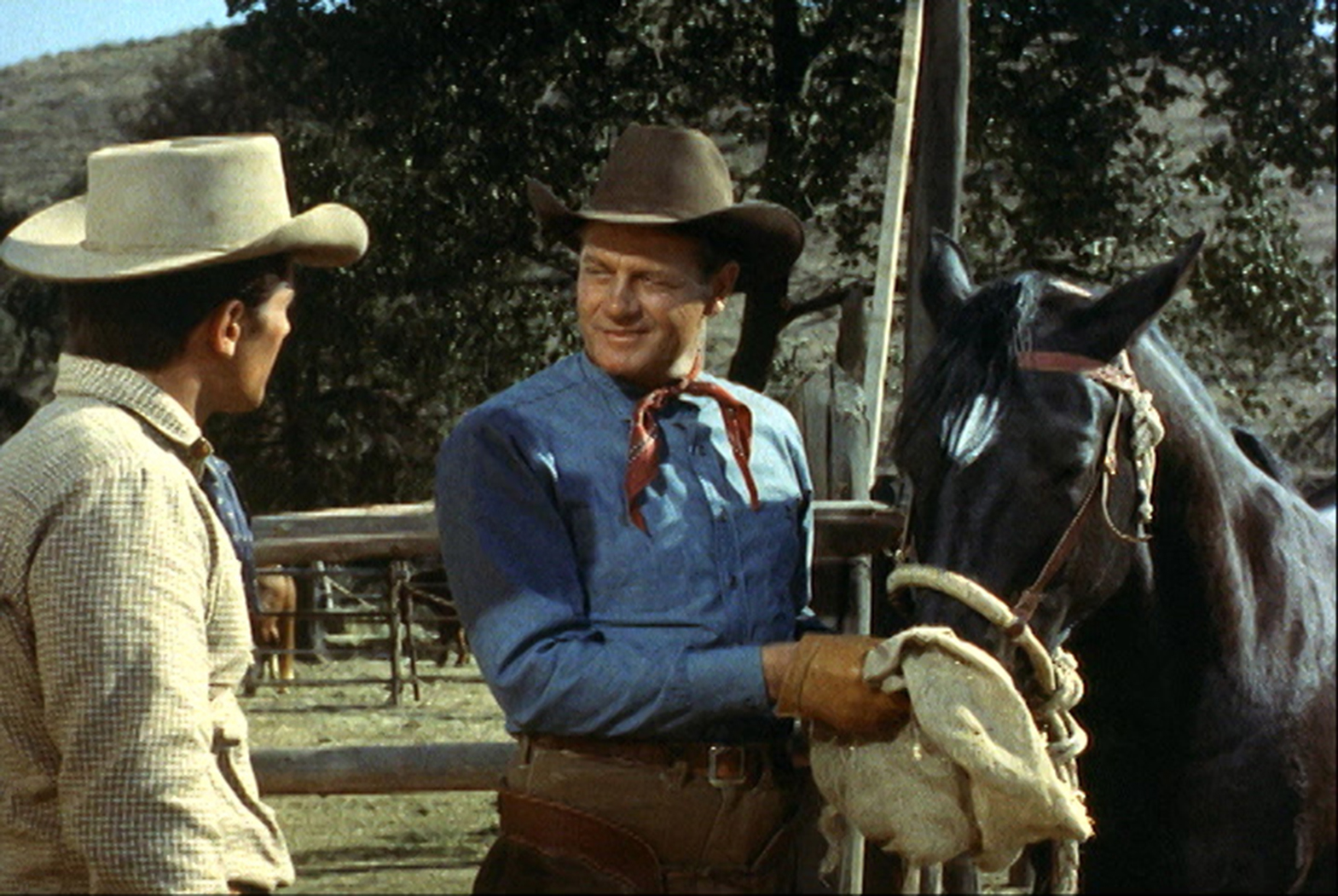 In Black Horse Canyon, real-life rancher and actor, Joel McCrea is out to capture a wild stallion named Outlaw. You might recognize the movie’s equine star. This stunning steed also starred in the TV series Fury. When American Saddlebred, Highland Dale (AKA Beauty, Fury, and Gypsy) retired, his earnings as a Hollywood animal actor were second only to Lassie.

Other Horse and Rider Teams