Man of the West

When reformed outlaw Link Jones leaves his tiny Texas town, he isn’t looking for trouble. But trouble – and his old thieving gang – finds him. Now, Link must decide: should he claim redemption…or seek revenge?

When Link Jones boards a train with a pocketful of money, his only intention is to find a new schoolteacher for his tiny Texas town. He’s left behind a life of crime for a quiet life with a wife and children, and he intends to keep it that way. 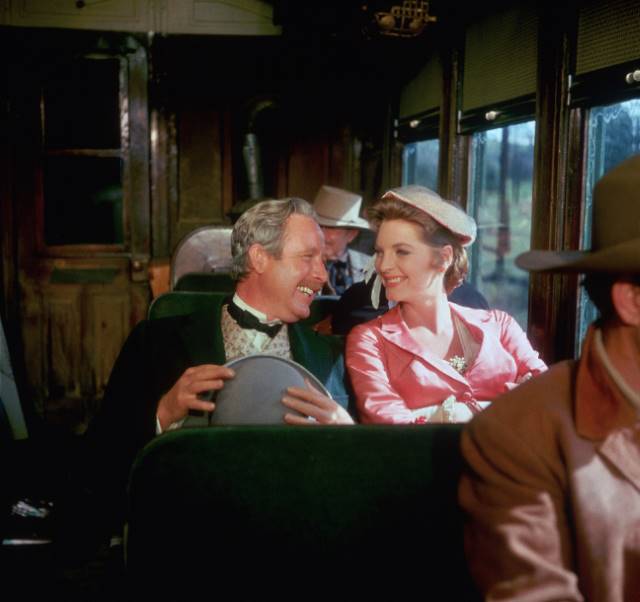 Along the way, he meets a talkative con man named Sam and a saloon singer named Billie Ellis, who just might make the perfect schoolteacher. But before they reach their destination, the train is halted in its tracks by a ruthless gang of thieves.

When Link tries to intercede, the gang knocks him out and steals all of his money. As Link comes to, he and his friends find that the train has pulled away without them, leaving them in the middle of nowhere.

Hopeful that he may be able to lead them to a nearby town for help, Link leads them first to an old, broken down farmhouse. He knows this place well, he admits – because he once lived there. Inside, he finds the train robbers and his uncle, aging outlaw Dock Tobin.

Realizing the danger that he has put Sam and Billie in, Link encourages his uncle to believe that he’s there to rejoin the gang. Dock is thrilled; he has big plans for a bank heist in the town of Lassoo, and he thinks that Link’s return will make that possible.

For his part, Link realizes that his only hope in keeping Billie and Sam safe may be to take up his old ways. He doesn’t want to be a murderer, thief, or scoundrel, but he may have to be all that and more if he hopes to get out of this situation alive….