Starring Jimmy Stewart, Jeff Chandler, and Debra Paget! Shot mostly on location in Arizona, this movie is one of the earliest films to portray Native Americans in a balanced, compassionate, and sympathetic way.

In 1870, former Union soldier and prospector Tom Jeffords comes to the Arizona territories where he stumbles across a fourteen-year-old Apache boy who has been shot. But instead of leaving him to die, Tom nurses him back to health. When a war party crosses their path, they threaten to kill Tom – until the boy explains that Jeffords saved him. Although they could have easily killed Tom, he is set free. 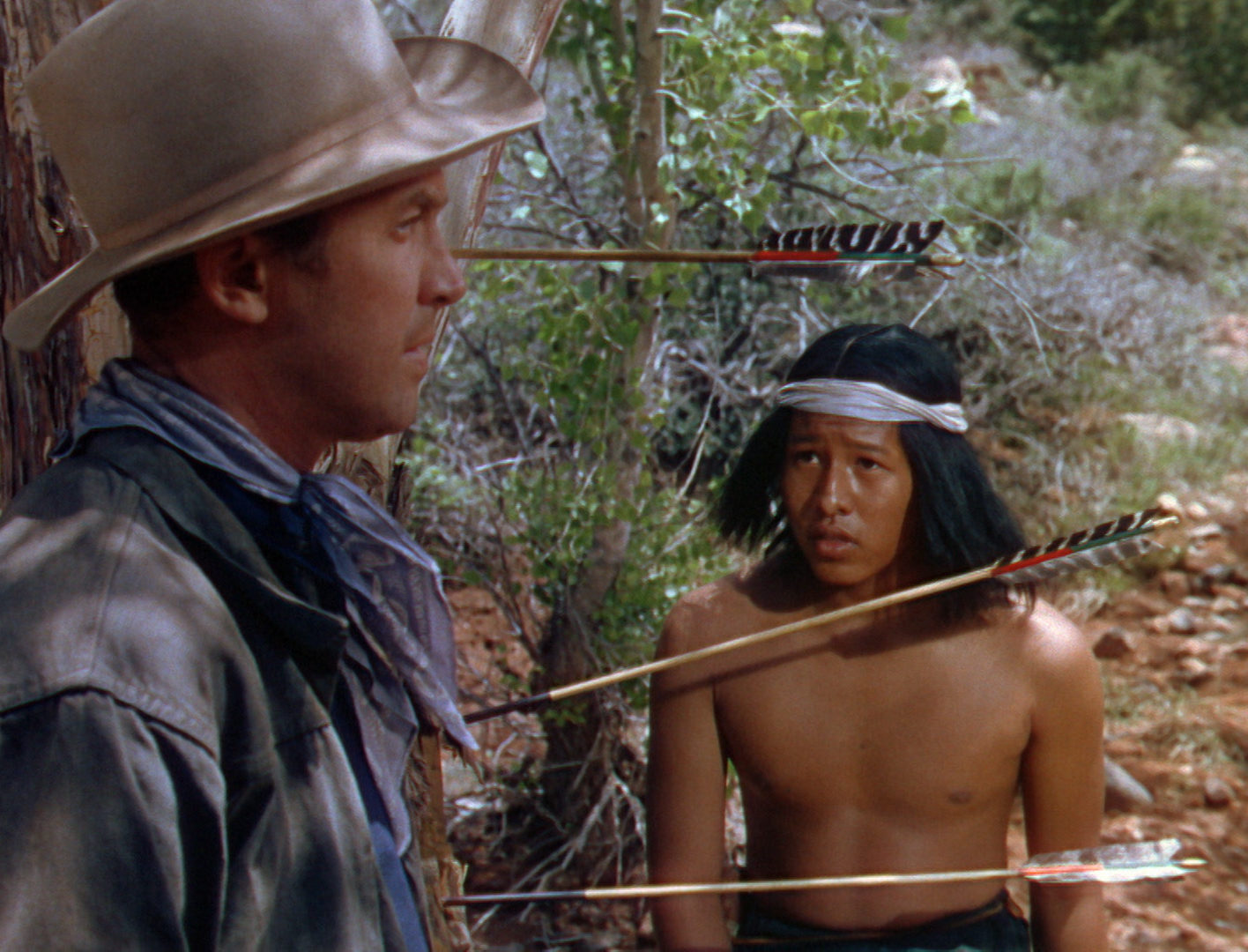 That the Apaches treated him fairly gives Jeffords an idea: he will negotiate a peace treaty with them in order to make a U.S. mail delivery route safe. Since he survived the horrors of the Civil War, Tom wants to avoid violence as much as possible. Instead, he hires an Apache in town to teach him the language, customs, and culture of these people.

When Tom is ready, he makes a bold move by riding for three whole days right into the midst of Cochise’s stronghold in the mountains. He explains why he has come and admits that the white man has caused great harm to the Apache, but he hopes they can have peace and start over.

Cochise is pleased by the respect Tom shows for his culture and surprised that he knows about Apache ceremonial dances and the sunrise ceremony. As a sign of his regard, he introduces Tom to the beautiful young Sonseeahray – and Tom is smitten. Eventually, Cochise agrees to let the mail riders pass through his territory as a sign of his strength and power over his people.

But danger is on the horizon. The settlers and the Indians have been fighting for over a decade and lots of people on both sides do not want peace.

Now, Tom Jeffords wonders: will the settlers and the Indians give peace a chance or will the treaty be paid for in blood – and come at a horrific price?