Starring Clark Gable, Ricardo Montalban, and Maria Elena Marques! This sweeping saga of a mountain man and his Blackfoot bride is shot in vibrant technicolor on location in stunning Durango, Colorado.

In the Colorado territories of the 1820s, fur trapper Flint Mitchell organizes a brigade of pioneers to take a treacherous beaver hunting expedition into Blackfoot lands. However, he realizes that in order for him and his brigade to survive, they must forge an alliance with the Indians. So, he decides to trade two of his horses in order to purchase a Blackfoot bride: Kamiah, the daughter of Looking Glass…and the granddaughter of the Blackfoot chief Bear Ghost.

Kamiah proves her worth immediately as she guides Flint and his men across the mountains, through treacherous snowdrifts, to the safety of the Blackfoot nation. There, the white men start building a stockade – and Flint barely escapes death at the hands of Ironshirt, a Blackfoot prince. Ironshirt kills one of Flint’s best trappers and steals the brigade’s horses – but Bear Ghost insists that the white men’s horses are returned.

Looking Glass does not like Flint at all, but as luck would have it, Bear Ghost and Flint strike up a friendship. Love is not part of Flint’s plans for him and Kamiah, especially since they don’t even speak the same language. However, he is happy when his young bride uses her influence with her grandfather to get him and his band of pioneer friends the right to hunt for beaver in the Blackfoot territories. 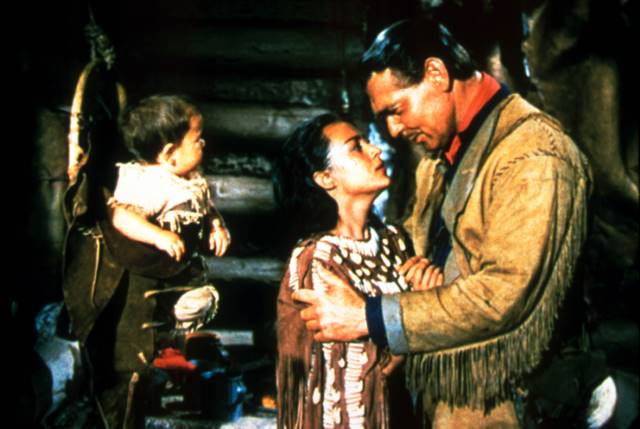 As time goes by, Flint and Kamiah fall in love and have a son. Flint is determined to protect his wife and child, and he comes to appreciate the ways of the Blackfoot people. Out here in the wilderness, happiness is fleeting and trouble is brewing for Flint, his little family, and the rugged band of pioneers. Some of the Blackfoot Indians want to see these white trappers killed or expelled from their territories.

But no matter what may happen, Flint will do everything he can to protect them all – and teach his son the ways of the mountain man….

John Ford Behind the Lens: The Searchers