Becoming a doctor wasn’t Susan Anderson’s first career choice. She wanted to be a telegraph operator, and even learned Morse Code, but she came from a home where education was highly regarded, and her father encouraged her to pursue medicine. 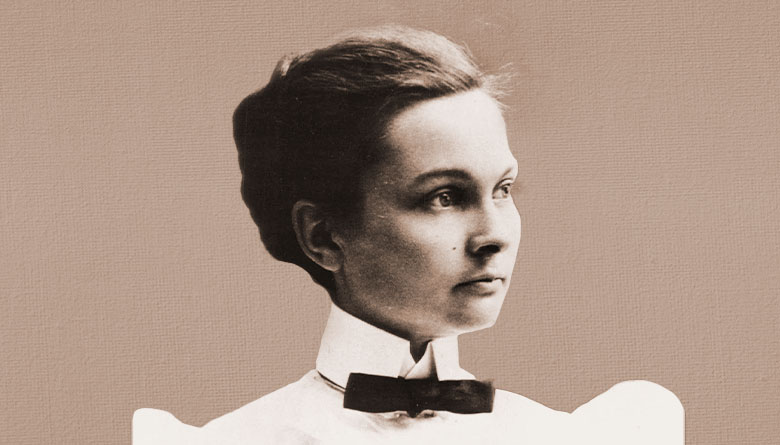 Susan was born in Fort Wayne, Indiana in 1870 and grew up in Kansas. Her parents divorced when she was a child, and she and her younger brother, John, moved in with their father, who later remarried. During the Gold Rush in 1891, the family moved to Cripple Creek, Colorado. Now a high school graduate, Susan enrolled at the University of Michigan to study medicine, one of very few women in her class.

After graduating in 1897, Susan, now Dr. Anderson, returned to Cripple Creek and tended to the residents of the mining camp for three years. Early on, a young miner accidentally exploded dynamite in the mine. A surgeon was quick to say the arm needed to be amputated, but Dr. Anderson disagreed and treated the boy, saving his arm. In the years to come, she would be known for her prowess at fighting infection.

Living at the mining camp was a rough life, made worse when her fiancé left her, and her beloved brother died. So, in 1900, Dr. Anderson set up practice in Denver, but the city wasn’t welcoming. There were many male doctors available, and few patients trusted a woman physician. She moved to Greely, Colorado, and because she needed to support herself, she took a job as a nurse for the next six years, during which time she contracted tuberculosis.

Now, she was the patient. It was common practice to send tuberculosis patients to cold, dry climates. Dr. Anderson moved to the small mountain town of Fraser, Colorado. Her only intention was to recuperate, but as word got around that she was a doctor, the locals came to her for treatment. She made house calls on foot over rugged terrain in all weather conditions to treat lumberjacks, railroad workers, ranchers, and even the occasional cow or horse. She soon became known as Dr. Susie.

Her patients were poor, so payment usually came in the form of firewood, food or chores. She found herself destitute but determined to continue serving the community. She finally earned some income when the Moffat railroad tunnel began construction through the Rockies, and she was appointed Grand County Coroner in charge of investigating work-related deaths. Accidents during construction kept her busy, too. She was constantly on call, treating the multitudes of injured workers.

Dr. Susie practiced medicine in Fraser for nearly 50 years. She died in 1960 at a Denver rest home at the age of 90 and is buried in Cripple Creek near her brother.