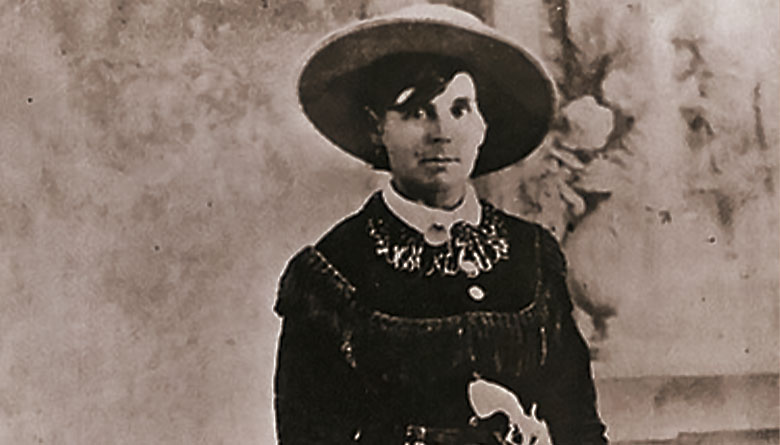 Born Myra Maybelle Shirley on February 5, 1848, in Carthage, Missouri, Belle grew up rich and spoiled. At school, she studied music and classical languages. At home, her brother Bud taught her to ride horses and shoot. When the Union Army attacked Carthage, the family fled to Texas, where they congregated with Confederate sympathizers and outlaws, including Jesse James and the Younger brothers. At 18, Belle married Jim Reed, who soon turned to a life of crime. After seven years running from the law and bearing two children, Belle left him. When Jim died, she married Sam Starr, whose Cherokee family were bootleggers, cattle, and horse thieves. The couple often harbored on-the-lam outlaws in their home. In 1883, Belle and Sam were convicted of larceny, and both served time. After Sam’s death in a shootout in 1886, Belle married horse thief, Bill July. A lifetime running with outlaws, Belle made enemies, including her own children, her new husband, and a neighbor she’d evicted from her land. In 1889, while riding home after visiting friends, Belle was ambushed and murdered. The crime was never solved. Belle died three days before her 41st birthday.