When The Duke Speaks…We Listen!

Whether he’s trading barbs with a certain feisty redhead or squawking orders at his men, no one speaks his mind quite like John Wayne—in character or in real life. Here are some of our favorite quotes. Well, what are you waiting for, Pilgrim! Don’t be “short on ears and long on mouth!” (Big Jake.) Start scrolling!

1. Wise words from The Duke himself! 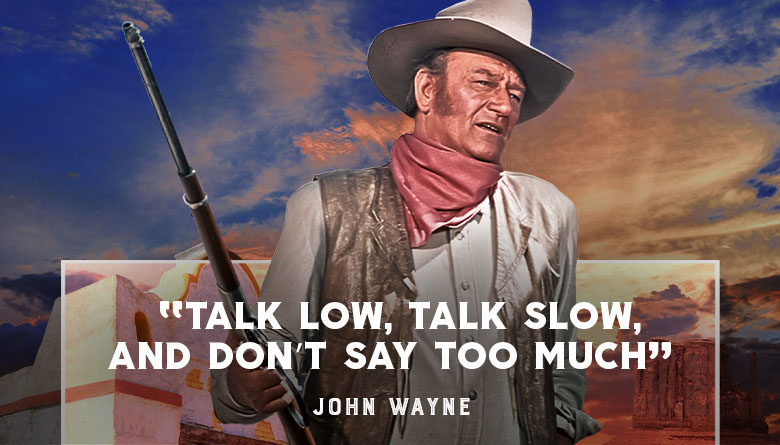 2. “At ease” is a command this former soldier probably never gave—or obeyed! In Rio Lobo, Col. McNally tracks a traitor—and stirs things up. 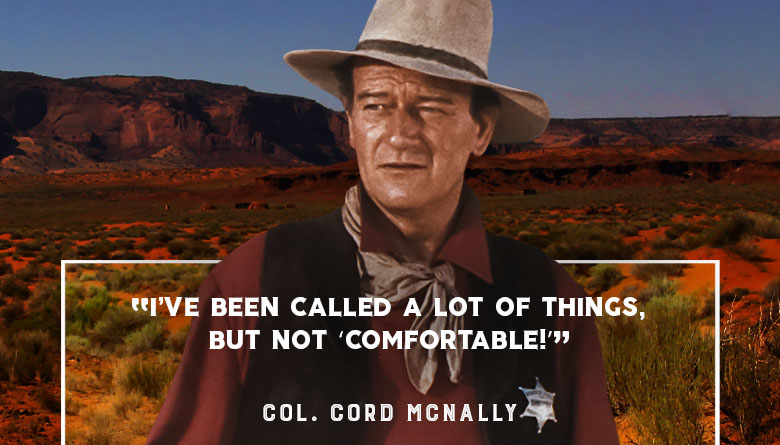 3. Town drunk, Dude doesn’t want to know what would happen the third time! In Rio Bravo, Sheriff Chance and his motley crew face a powerful rancher and his ruthless men. 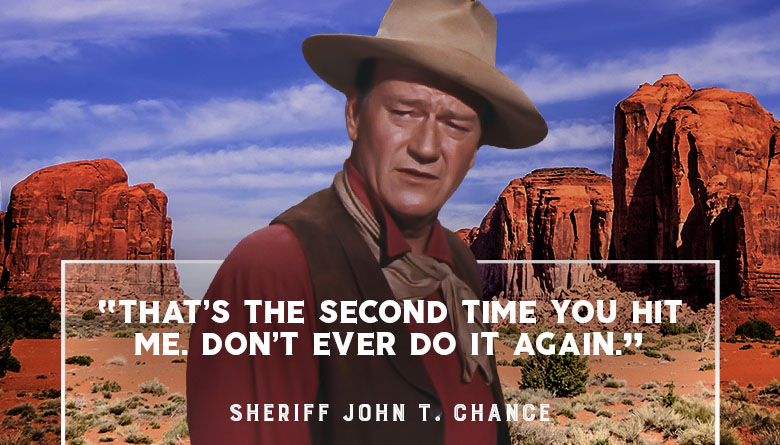 4. In Dark Command, newcomer Bob Seton runs for Town Marshal against a well-respected teacher, but the teacher is not all he seems to be! 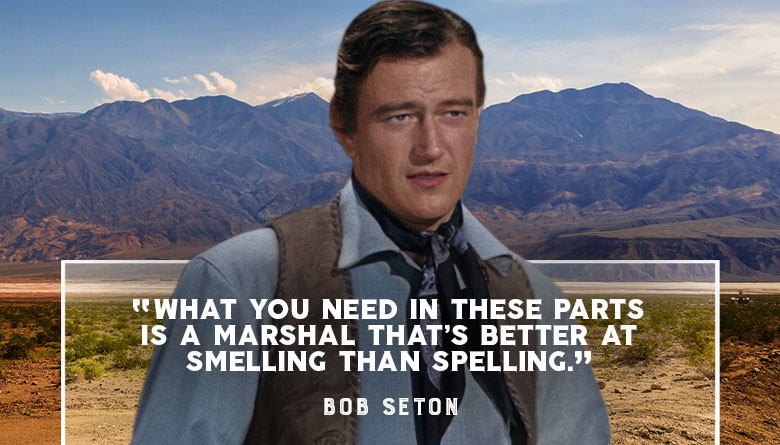 5. Gunslinger, Cole Thornton doesn’t mince words! In El Dorado, he has to get his old friend Sheriff Harrah sober to fight off a greedy cattle baron out to steal land and water. 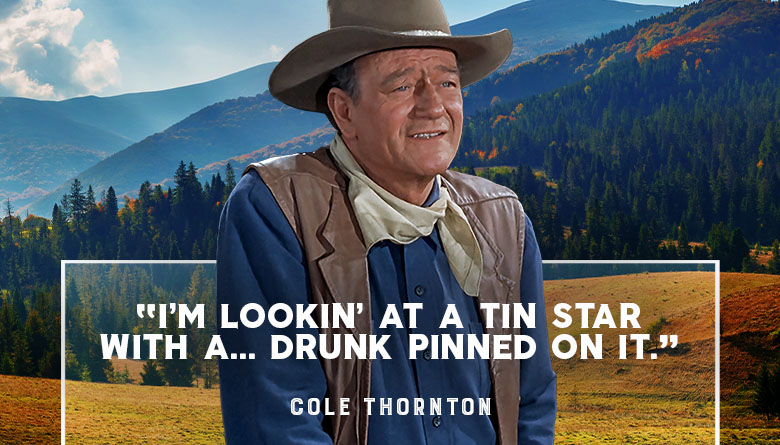 6. Wealthy rancher, G.W. McLintock has his hands full, and the last thing he needs is his estranged wife to show up—and distract him. 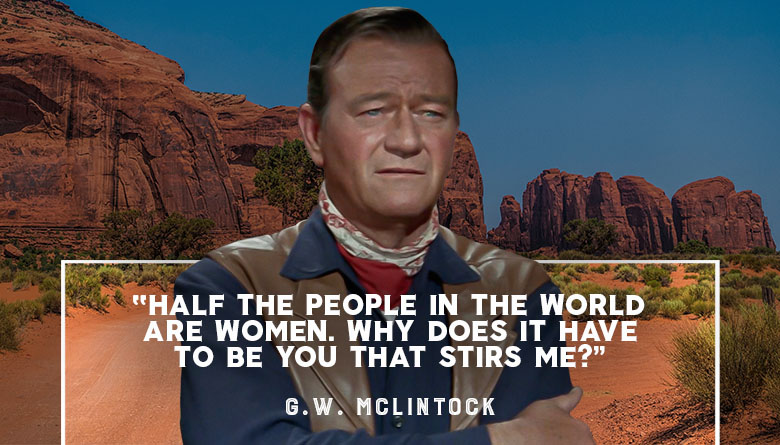 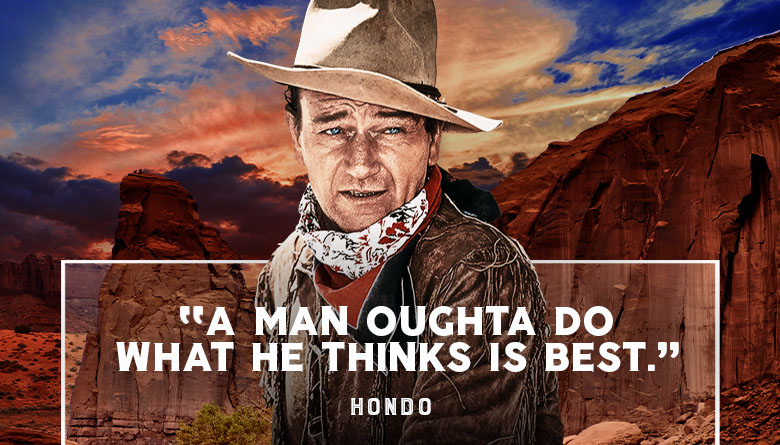 8. These U.S. Marine fliers have heart but they’re undisciplined. It’s up to Maj. Kirby to prepare them, and especially their commander, for the biggest battle of their lives—knowing some will not return. 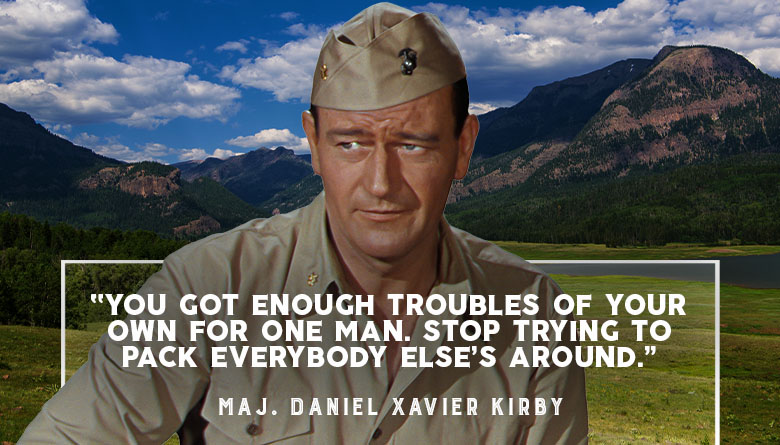 9. Somebody has “daddy issues,” and it just might be daddy! Yes, Big Jake might be on the outs with his wife and his sons, but when they need someone to rescue his grandson, “Little Jake,” from a brutal gang of kidnappers, they know he’s got the guts to get the boy home safe. 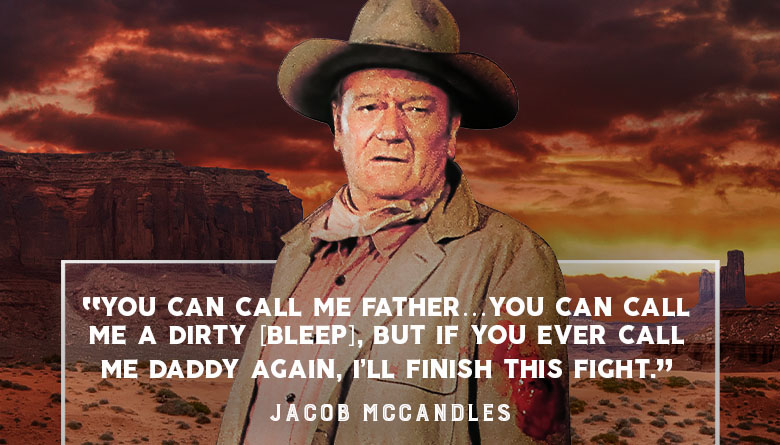 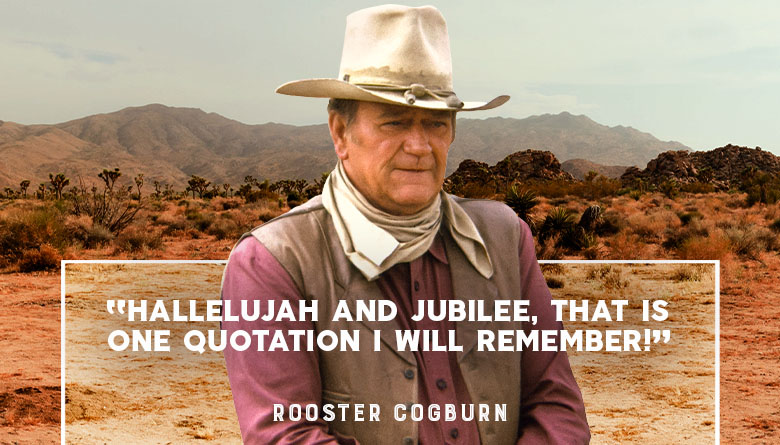 11. Bonus! Of course, the last word goes to The Duke himself! And you know exactly where to find the heroes, including John Wayne—on INSP. 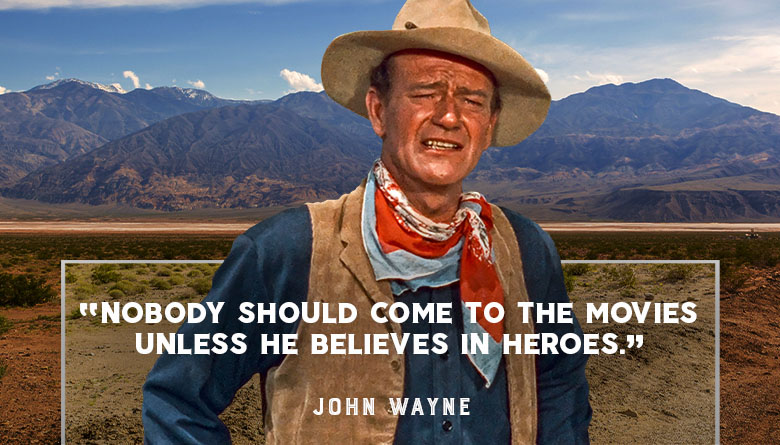