Nestled in the Swatch Range, just southwest of Buena Vista, is the Western ghost town on St. Elmo, Colorado. Founded in 1880, the settlers gave it the name Forest City, but due to numerous other towns of the same name, they renamed the town St. Elmo after a book that one of the early settlers, Griffith Evans, read that stuck with him. In the backcountry of what is now Chaffee County, St Elmo was home to over 150 silver and gold mines.

In 1881, Anton Stark, his wife, and three children arrived in town, contributing significantly to its growth. A businessman to the core, Stark worked as a section boss for the most profitable mine, the Mary Murphy Mine, ran the general store, which later doubled as a Post Office, and eventually took over control of the town’s hotel, Home Comfort Hotel. By 1890, St. Elmo was flourishing, and the population reached 2,000 residents. A hotspot for supplies to the surrounding small towns, St. Elmo was relatively calm as far as crime was concerned. And men mostly made up the population.

In 1890, a severe fire took out the part of the town where businesses resided, and it was never fully restored to its glory. The state of the structures paired with depleting mines led many in the community in search of a new, more prosperous mining town to call home. When the Alpine Tunnel closed for good in 1910, the population dropped drastically. By 1922, the railroad connecting St. Elmo to the rest of existence took its last ride, and the last of the settlers went with it. The only residents to stay as it transformed into a ghost town were the predominant Stark family, who spent the years to come trying to revive St. Elmo. 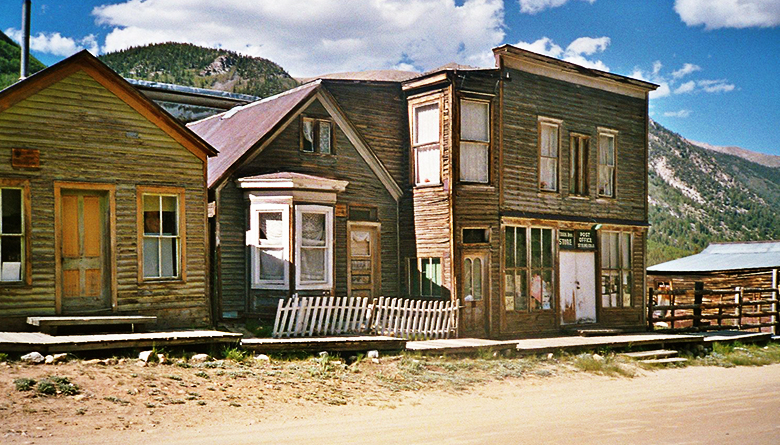 In 1979, the United States recognized St. Elmo as a historic district, and soon after, it became a unique tourist attraction that’s open to the public—showcasing what life was like in the Old West. Today, St. Elmo is one of the best-preserved ghost towns, and the general store and hotel are fully functioning businesses.

There is no shortage of urban legends and reports of hauntings in St. Elmo, but the most common occurrence of paranormal activity centers around the town’s most notable family. To this day, one of the members of the Stark family still can be spotted in the ghost town. Anton’s only daughter, Annabelle, resided there until she died in 1960. As legend has it, Annabelle continued her promise to protect the city even after she took her last breath.

Explore everything the historic district of St. Elmo, Colorado, has to offer: https://www.colorado.com/ghost-towns/st-elmo-ghost-town