High in the Garnet Mountains, surrounded by lush forestry, sits the once preposterous town of Garnet, Montana. Established in 1895, Garnet is located in modern Granite County and drew in prospectors with the promise of gold, gold quartz, copper, silver, and garnet—the dark red semi-precious stone from which it gets its name.

Three years later, Garnet met its height in popularity, growing to a population of 1,000 and the home of multiple businesses, including a school, a hotel, and saloons. Then, in 1912, a tragic fire set the trajectory for the future of Garnet, destroying half the town. The majority of its community moved on from Garnet after the fire. The remaining settlers made no restoration efforts to the town’s infrastructure, and by 1940, scarcity of gold caused the few left to pack their bags. 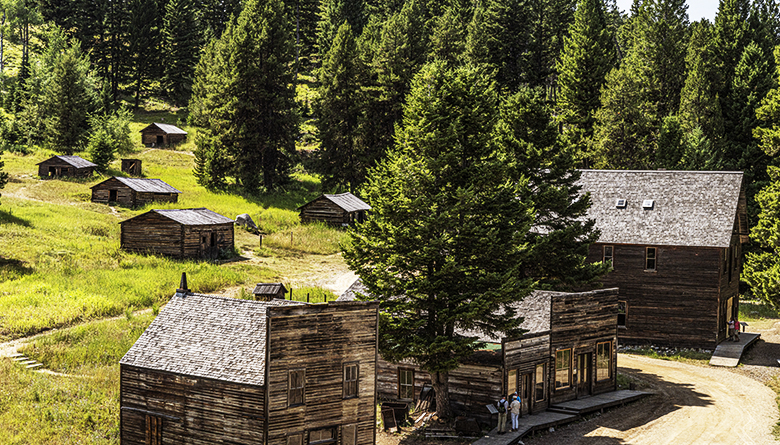 Garnet experienced a minor revival when the cost of gold went up in 1934, but America’s entrance into WWII solidified it as a ghost town. While auctions and treasure seekers stripped Garnet of a lot of its original elements, in 1970, the Garnet Preservation Project began revitalizing Garnet to its former self. Recognized as a historic district in 2010, the abandoned town is now a spooky tourist site open to the public year-round with limited access in the winter.

Spirits linger throughout the streets of Garnet, but the most recorded experiences occur in Kelly’s Saloon, where visitors have heard faint music and laughter. The Old Wells Hotel is another hotspot where the sound of footsteps lingers down the hallways.

To explore more about the historic district of Garnet, Montana: http://www.garnetghosttown.org/