Willie of the West

At first glance, sagebrush troubadour Willie Nelson may have seemed an unlikely choice for a western leading man. After all, he more closely resembles the ultimate sidekick, Gabby Hayes. But then there’s that voice, singing and spoken. “You’re a natural, Willie,” Robert Redford told him, when they met while flying cross-country, in1979. “As a singer and musician, you’re naturally relaxed. As an actor, I think that same quality would come through.” Willie called director Sydney Pollack when they landed, pitched himself as an actor, and was soon playing a major supporting role with Redford and Jane Fonda in The Electric Horseman. 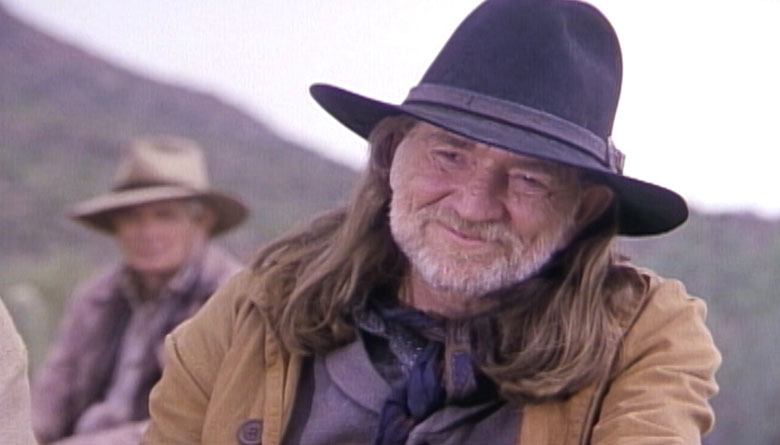 Pollack next cast Willie as the lead in Honeysuckle Rose, which would introduce On the Road Again. He was suddenly a much in-demand actor, even if he, when asked how good an actor he is, quotes co-star Slim Pickens, “He plays Willie Nelson better than anybody.” But what he wanted to do most was make Westerns. Back in 1975, he’d recorded his 18th studio album, Red Headed Stranger. It was a “concept album,” telling a complete story about a man who kills his wife and her lover. He thought it would make a great movie, a great role for himself, and working with Honeysuckle Rose screenwriter Bill Wittliff, he turned it into a script. Universal snapped it up—and offered it to Robert Redford!

But Bill Wittliff had another script, which became Barbarosa, the best of Willie’s Westerns. Gary Busey is a young farmer who must run away when he accidentally kills a man, and is pursued by his victim’s family. With no survival skills, he’s lucky Willie, as Barbarosa, an outlaw pursued by his wife’s family, led by father-in-law Gilbert Roland, takes Busey under his wing. Full of surprises and drama, beautifully shot and played, it has a wonderfully satisfying ending.

Willie played a small supporting role in the TV movie The Last Days of Frank and Jesse James, starring Johnny Cash and Kris Kristofferson. In 1986 came a film with all of the Highwaymen, a remake of Stagecoach. Kris Kristofferson plays the role that made John Wayne a star, Johnny Ringo. Johnny Cash is the U.S. Marshal who’s bringing him in. Willie is the doc, but this time it’s Doc Holliday. The stage driver is handsome John Schneider. The gambler is Waylon Jennings. Unfortunately, promised money didn’t materialize, causing a difficult production. Kristofferson remembers, “It had a lot of trouble getting started, and we ended up in the stagecoach for most of it.” Worse, considering the cast, they made up for the lack of production funds by pulling money from the music budget. Schneider explains, “All of us had written songs, and that was going to be our individual themes.” But they were never recorded. “The only one they wound up using was Willie’s song.”

Willie was determined to make Red Headed Stranger: he even built a western movie-town on his ranch. His beautiful friend Morgan Fairchild agreed to star, but as she told Rob Word in a Word on Westerns interview, after some false starts, he had to promise her he had all the money: “I’ve got an off-Broadway play and a TV movie to do and I’ll turn them down. Willie says, ‘Morgan, I just want you to know we’ve got an heiress coming down from Boston tonight so, we got the money to finish the movie!’” Willie plays an eastern minister who is out of his depth when sent west to a town controlled by a sinister family, and receives marginal help from scared lawman R.G. Armstrong. It follows the album’s plot, but varies enough to keep the viewer guessing. 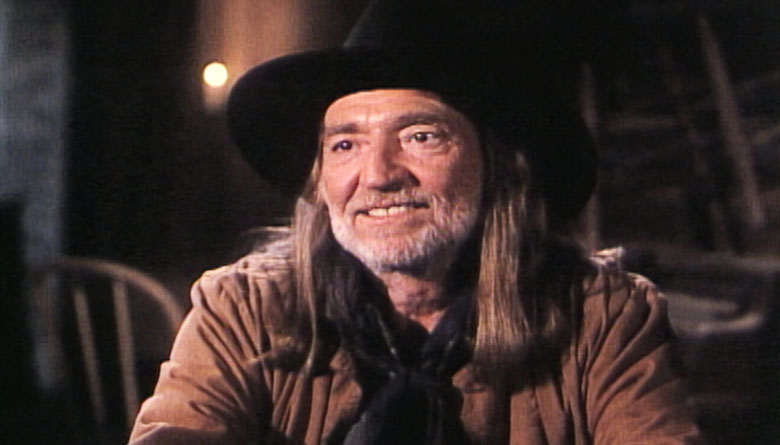 Next, Willie did a comic Western for Burt Kennedy, the Support Your Local Sheriff director, called Once Upon a Texas Train. It has an amusing premise and a perfect cast: bank-robber Willie gets out of jail after 20 years, and immediately robs a bank, pulling his old gang together. Former Texas Ranger Richard Widmark, who sent him up, reassembles his posse. With old-timers like Chuck Connors, Jack Elam, Ken Curtis and many more, and Willie and Widmark fighting over Angie Dickinson, it’s fun game of who’s who?

Aside from a brief role in 2001’s The Journeyman, Willie Nelson’s most recent Western was a Spaghetti Western, 1999’s Outlaw Justice, where he was reunited with the other Highwaymen. This time they played, well, highwaymen. Filmed in Spain, Waylon Jennings is murdered by a former partner, and Willie, Kris, lawman Travis Tritt, and Waylon’s son track the killer down.

Will there be another Willie Western? It’s hard to say. After all, he’s 89 years old. But right now, My Cricket and Me, a sequel to 1980’s Honeysuckle Rose, reuniting Willie and Amy Irving, is in preproduction. Can Return of the Red Headed Stranger be far behind?