An all-star cast of country music legends! Set in the 1880s, the story follows the adventures of an unlikely group of passengers as they journey by stagecoach through Apache territory.

This 1986 movie, loosely based on the 1939 classic, features an all-star cast of country music legends: Johnny Cash, Willie Nelson, Kris Kristofferson, Waylon Jennings, and June Carter Cash! Set in 1880s Arizona, the story follows the adventures of an unlikely group of passengers as they journey by stagecoach through Apache territory. 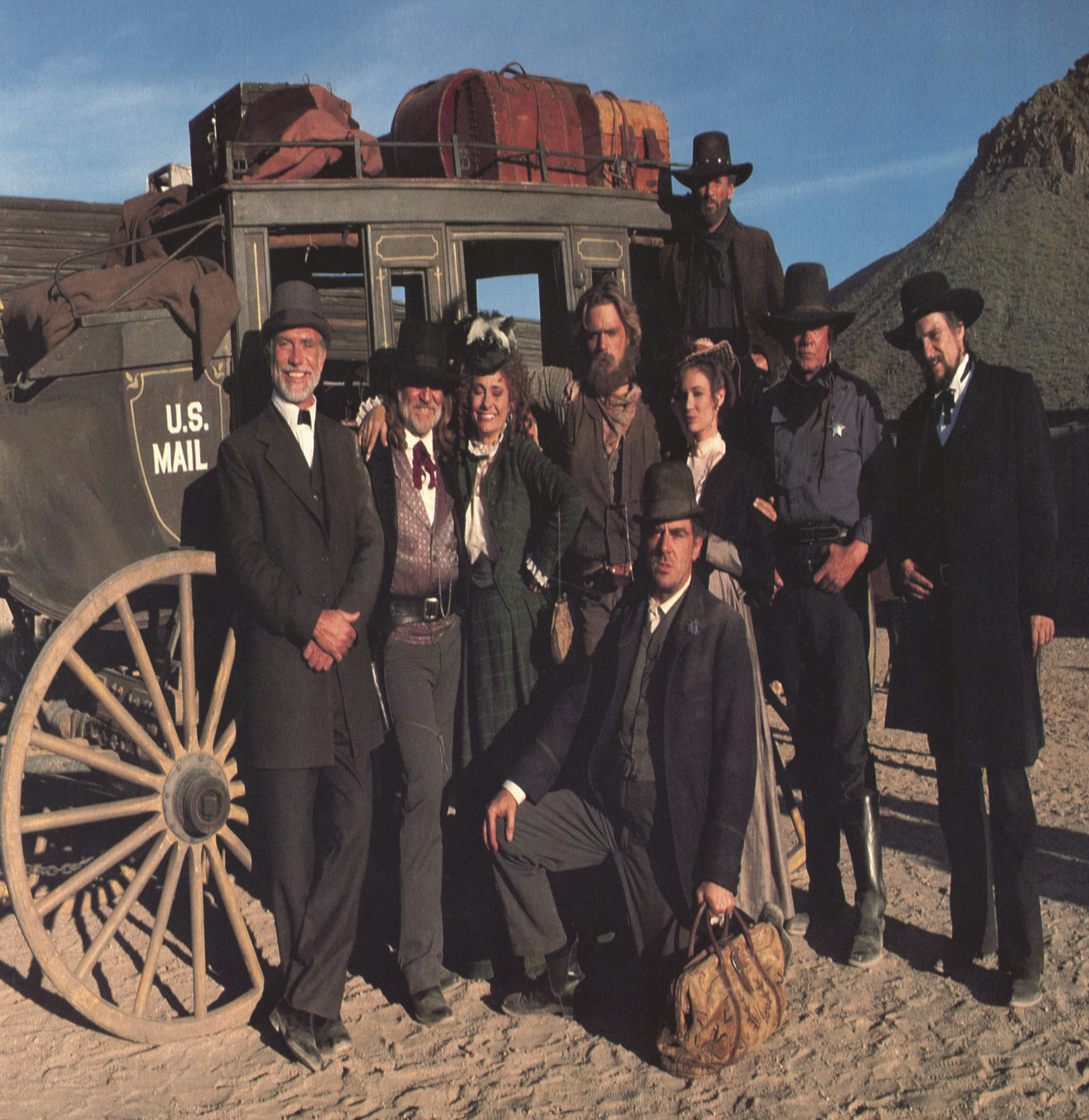 They all have personal reasons for heading west to Lordsburg. Dallas, having been run out of town, is a brokenhearted saloon girl who hopes to escape the poor decisions made in her past for a chance to start fresh. Soon to give birth, Lucy Mallory sets out to reunite with her beloved husband, a U.S. Cavalry officer. They share a coach with a corrupt banker, a gambler, a liquor salesman, the notorious gunslinger, Doc Holliday, and a U.S. Marshal accompanying prisoner, Johnny Ringo who broke out of jail and was traveling west to avenge his brother’s murder when he was recaptured.

Along the way, secrets are revealed, alliances created, enemies are made, friendships formed, and for two, love blossoms. But all feelings, plans and dreams must be set aside when the Apache go on the warpath, and though heavily outnumbered, the little band of travelers must fight for their survival.