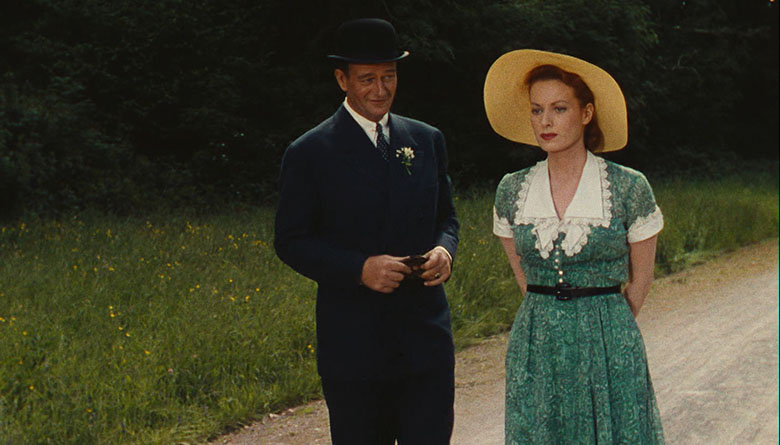 American boxer, Sean Thornton, heads to Ireland to retire on his family land. But now he’s in a different kind of fight—sparring for the hand of a fiery redhead!

John Ford wanted a spontaneous shocked reaction from John Wayne at the end of the film, so he asked Maureen O’Hara to whisper an unscripted line in Wayne’s ear. Apparently, what Ford told her to say was so inappropriate, O’Hara refused, but he demanded it. Reluctantly, O’Hara spoke the line, but insisted all three swore never to reveal what she had said.