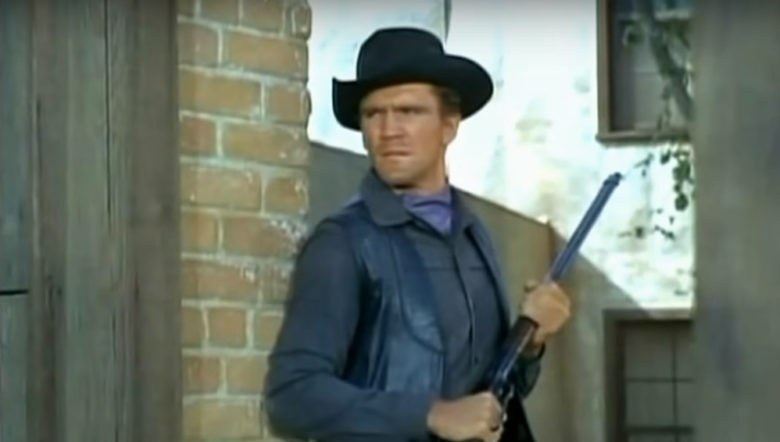 Many daytime TV fans know David Canary for his notorious character on the popular soap opera, All My Children. But Bonanza fans are familiar with another side of Canary: the cowboy side.

When Pernell Roberts’ character, Adam Cartwright, left the show, producer David Dortort needed a new actor to play the Ponderosa Ranch Foreman. The new character would have to get along with Ben and the Cartwright boys, and get involved in all the family drama—from gunfights to girls. Enter the ruggedly handsome Canary. When Dortort saw Canary in two episodes of Gunsmoke, he knew he had the foreman who would easily fill the boots of Adam Cartwright.

An Indiana native, Canary grew up in Ohio, and attended the University of Cincinnati on a football scholarship, graduating with a degree in music. The Denver Broncos offered him an opportunity to go pro, but the lure of the spotlight was stronger than the game plan on the gridiron, and Canary began his acting career on the stage before he was drafted into the U.S. Army. Even in uniform, he continued to hone his craft. Canary won the All-Army Entertainment Contest during his stint in the service in 1963.

David Canary passed away on November 16 in Connecticut at age 77. He is survived by his wife of more than 30 years, Maureen; his son, Christopher; daughter, Kathryn; brother, John; and a grandson.