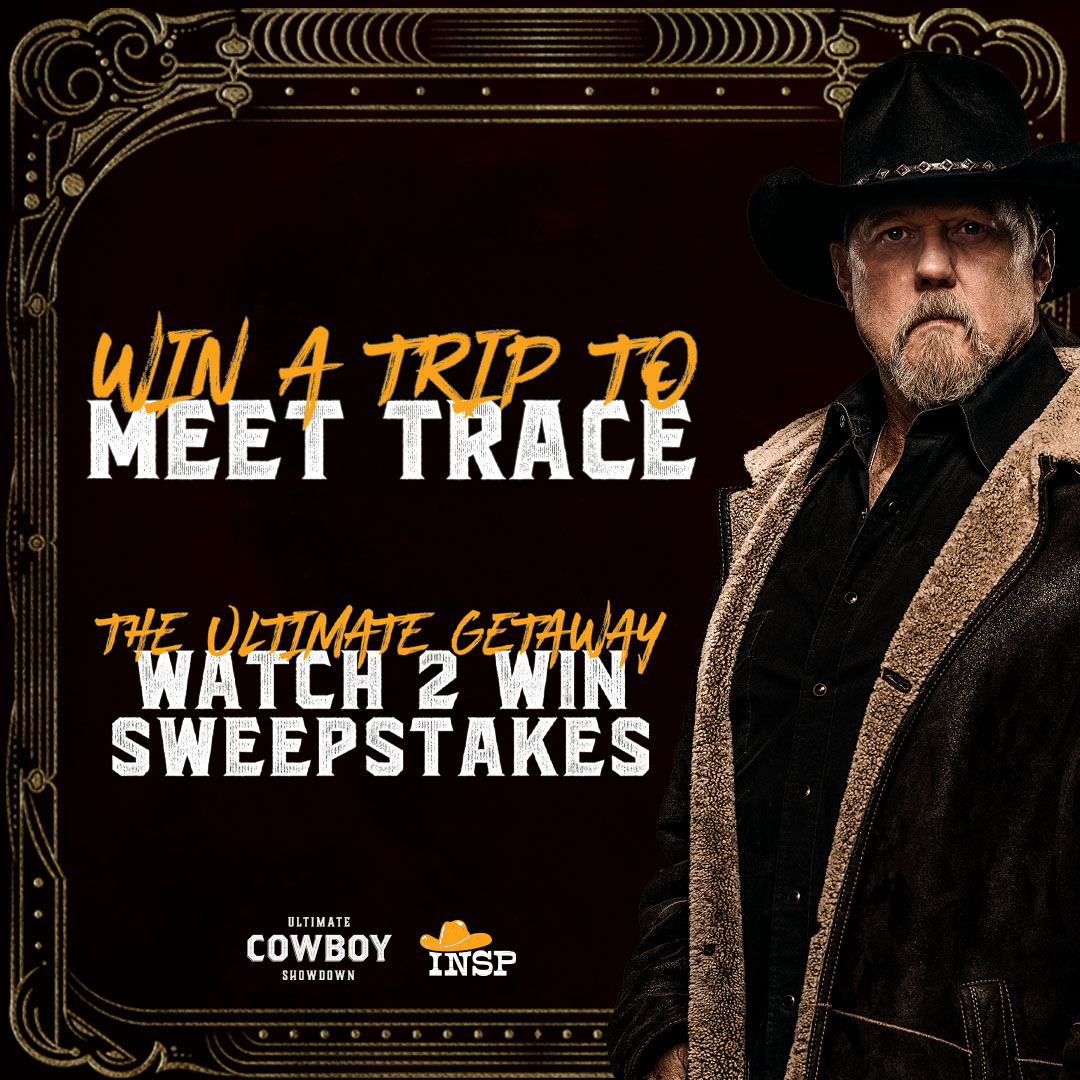 You know that voice! Trace Adkins! You could hear it in person! Get the code during Ultimate Cowboy Showdown for a chance to win prizes every week and be entered to win a trip to Trace Adkins’ concert in Tampa, FL—where you’ll meet Trace!

After the Ultimate Cowboy Showdown finale on June 23, we’ll randomly select one lucky winner, from all entries, for the Grand Prize.

Here’s how it works:
Watch Ultimate Cowboy Showdown every Thursday at 8PM ET.

Get the Code: During the first commercial break, we’ll announce a special code.

Get the code and come back here starting at 8PM ET. Weekly entry ends promptly at 11:59PM ET.

Every entry is automatically entered to win the Grand Prize! Read complete rules.