When horse trader Clay Santell is mistaken for a notorious outlaw, he could hang for crimes he didn’t commit. Forced to take a female hostage, the pair soon join forces to clear his name – and catch the real killer.

Starring Audie Murphy, Felicia Farr, and Stephen McNally. This action-packed Western was filmed against a backdrop of stunning landscapes, and beautifully-captured in CinemaScope photography.

When Clay Santell lends a helping hand to a stranger in need, the man thanks him for the favor by stealing his horse. Santell is able to wound the man, who drops his fancy shotgun and escapes.

Clay doesn’t know it yet, but that gun belongs to a wanted outlaw named Travers. So, when he arrives in Sutterville with Travers’ gun, the townspeople believe he is, in fact, the killer they’ve been chasing.

Marshall Deckett is in town to search for the outlaw and he takes Santell into custody. The Marshall knows that Santell is not the same man, but he is tired of running after Travers. Besides, he thinks he can give his career a boast by letting Clay Santell pass as the captured Travers – and by hanging him too!

What Marshall Deckett doesn’t count on is that this horse trader won’t give up so easily. As Deckett and Santell head towards Denver for sentencing, Santell eventually slips off of his horse, and escapes into the woods. 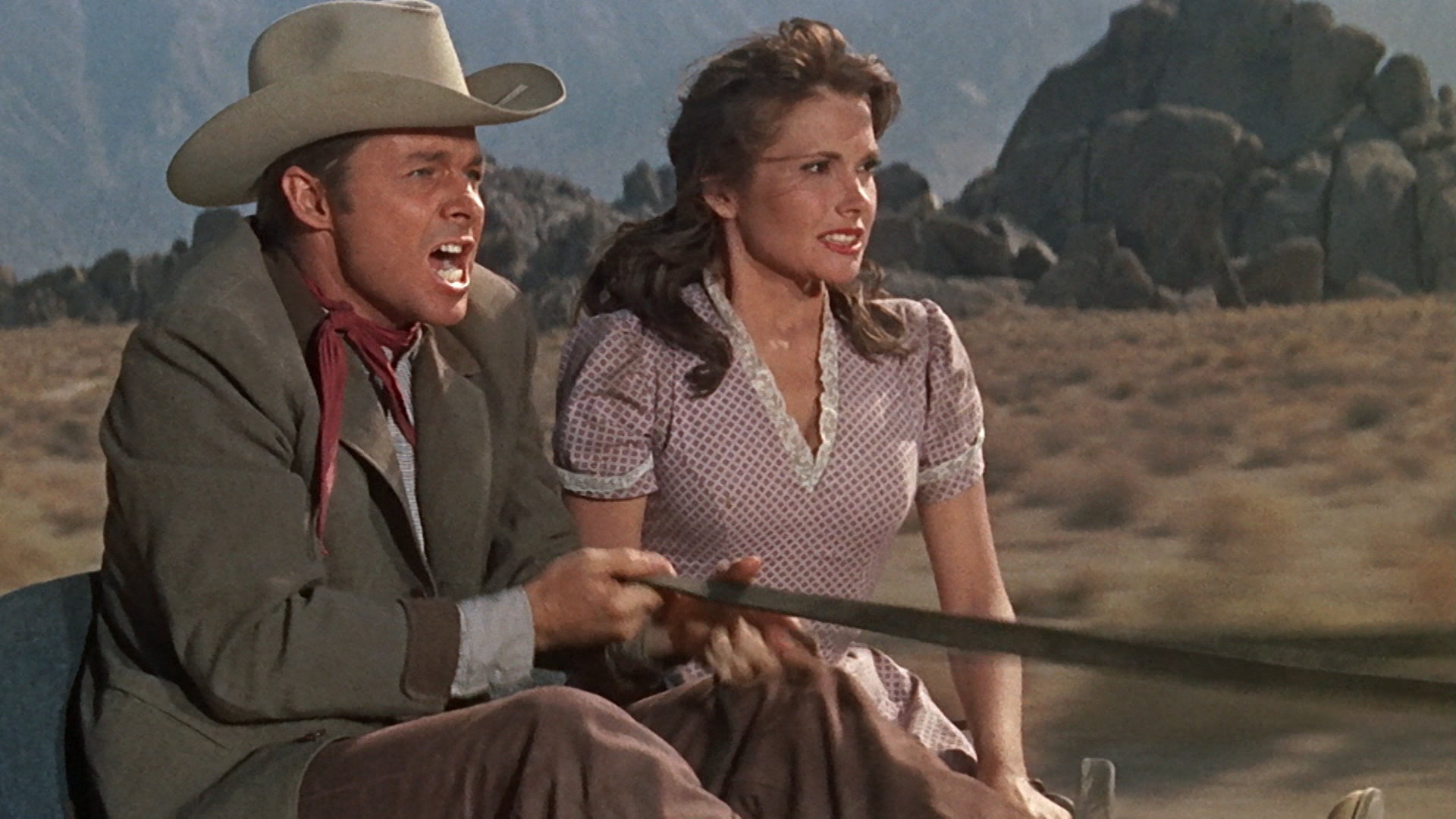 He finds a farmhouse where he can hide, but it isn’t empty. Janet Giffords is inside that house, and as Deckett and his men gather around it, Clay uses his rifle to force Janet to tell them that the house is unoccupied.

Even though Clay takes Janet hostage, he is able to convince her that he is an innocent man. Although skeptical at first, she soon believes him and becomes his fiercest ally.

Will this unlikely pair be able to make it out of this predicament alive – or will Santell end up swinging from the gallows for crimes he didn’t commit?