Clint Walker and Stefanie Powers star! A soldier comes home to Texas from the Spanish American War to find his wife married to a Mexican revolutionary, his ranch sold, and all his money gone!

Clint Walker, Stefanie Powers, and Alex Karras star! Fan-favorite Clint Walker lights up the screen every afternoon on INSP in his popular TV series Cheyenne. Now, watch him light it up again in this tense Western that’s about heartbreak, determination, and steely resolve.

Long believed dead, Spanish American War veteran Jack Rutherford comes home to Texas…and is in for a big surprise. It seems that his wife, Rozaline, has married a Mexican revolutionary leader named Simon Fuegus, sold the ranch and used the money to pay for weapons to support her new husband’s gang. 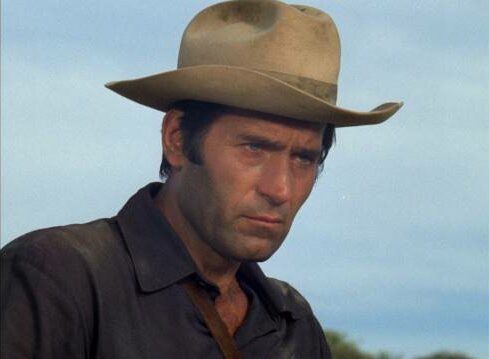 Heartbroken but determined not to give up without a fight, Jack heads to Mexico to see his wife and demand his share of the proceeds. When he finally finds Rozaline and Simon, they tell him that the money from the ranch—and the sale of all his belongings—are long gone.

Simon believes that Jack would make an excellent soldier in the revolution, but Jack declines the offer. He was a soldier of fortune the last time he went into battle, but this time, he makes one thing very clear: he’s only here for the money they stole from him, and their revolution is of no interest to him.

However, when he realizes that all his money is truly gone, Jack hatches a new plan. He’s going to kidnap Simon and sell him off to the highest bidder. Jack doesn’t really care if it’s Simon’s band of revolutionaries who pay to save him or the Mexican government that might just hang him. All Jack knows is that he’ll take $10,000.00 in ransom for this Mexican revolutionary from the first person willing to hand over the cash.

Because no matter what, Jack Rutherford hasn’t gotten this far in life by being a nice guy, a patsy, or a pushover. He’s unflinching, unforgiving, undeterred—and a hardcase through and through…

On the Move in February! February Starting on January 31 Gunsmoke and Cheyenne Switcheroo… Stay with us! We have lots of moving... READ MORE