When the corrupt mayor and his ruthless crew appoint the local drunk as the new sheriff of their frontier town, they don’t expect him to summon independent and righteous Tom Destry as his deputy.

“Now you get this straight! We don’t want any more of this promiscuous shooting around here. Somebody is likely to get hurt!” – Deputy Tom Destry

The small frontier town of Restless is aptly-named. Its citizens are continuously on edge, as the town is run by a corrupt mayor, Hiram J. Sellers, and a mob-boss type saloon owner, Phil Decker and his henchmen. When a rancher claims Decker swindled him out of his home and land in a crooked card game, the unsuspecting sheriff steps in to investigate. Shortly after he begins questioning the parties involved, the sheriff dies. Now, Decker and Sellers seize the opportunity to tighten their grip on the town. They connive to appoint Reginald T. “Rags” Barnaby, the hopeless town drunk, as the new sheriff. It seems Barnaby’s only concern in life is when and where he’ll open his next bottle, so Decker and Sellers are sure they have a puppet and patsy under their control to carry out their evil deeds, or at the very least, stay out of their way. But when Decker insists that he become the new deputy, thereby gaining even more power, Barnaby refuses. Turns out the new sheriff will not be their stooge, and in fact, he takes his new title seriously. 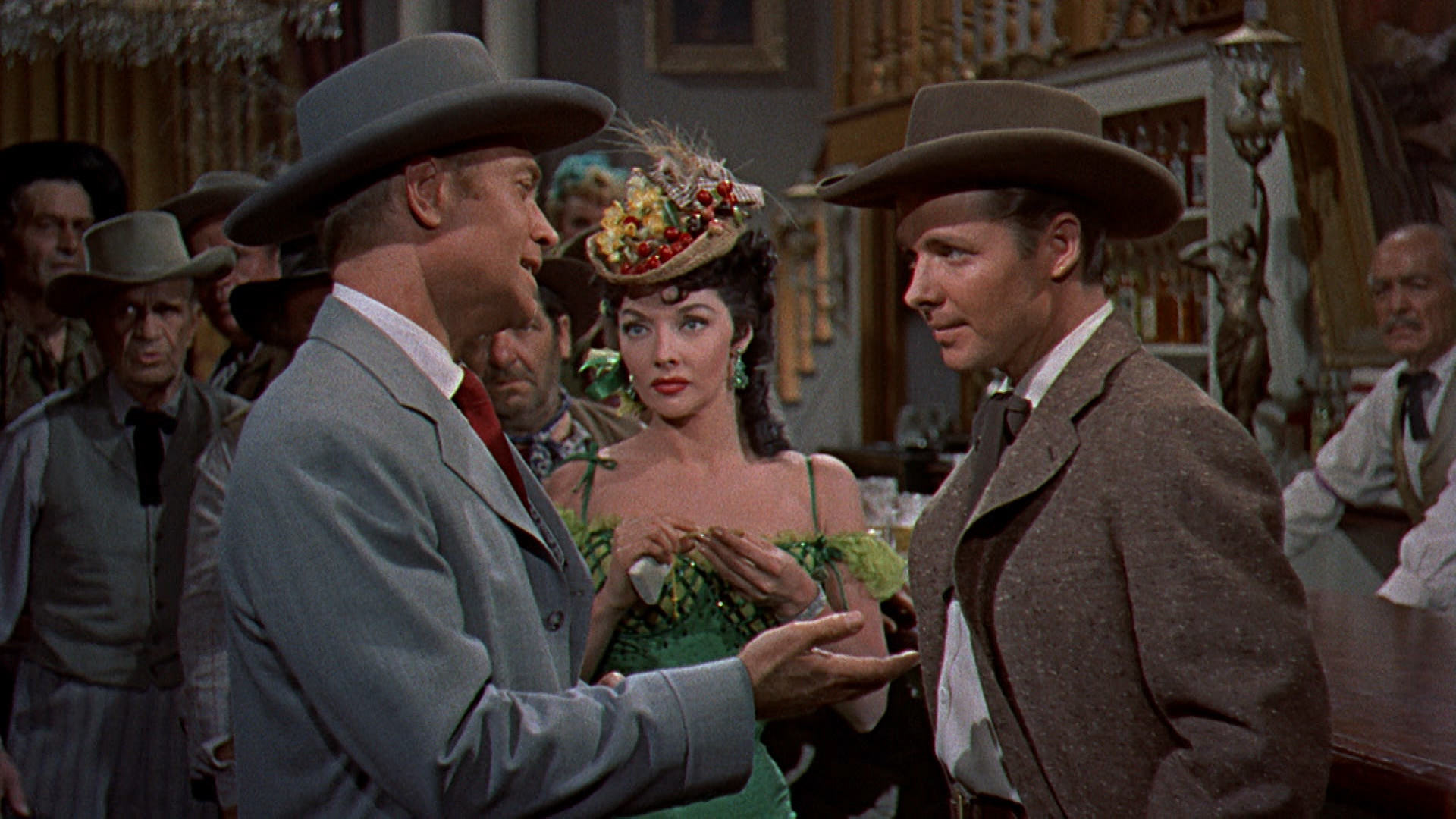 Barnaby sobers up in a hurry, and gets to work cleaning up the town, but he knows he can’t do it alone. He summons Tom Destry, the son of a legendary, tough-on-crime, gun slinging lawman, to be his deputy. While Decker and Sellers had low expectations of Barnaby, Barnaby has very high expectations of the young Destry. But, the sight he sees emerging from the stagecoach does not foster an iota of confidence—except in Decker. Tom Destry is small in stature and baby-faced. Perhaps, even a bit bumbling or awkward, certainly, unusual. He carries a birdcage and a parasol, but what is most significant is what he doesn’t carry—a gun. Barnaby’s heart sinks. He and his deputy are the laughingstock of the town, and Decker and Sellers remain secure in their positions of power. But looks are deceiving. In his own mild-mannered way, Destry starts making inroads in fighting crime and attaining justice, without touching a gun or other weapon. Then he begins to suspect the death of the former sheriff was not by natural causes, as the death certificate states, and he starts asking questions, poking around in dark and dangerous corners.

Naturally, Destry’s and Barnaby’s righteousness unnerves the power-hungry Decker and his cronies, and they find a way to hurt Destry to the core. Now, Destry must make a harrowing decision: continue his low-key, methodical crime-fighting ways, or seek justice the Old West way, the way his father taught him—his enemies in the sights, and his finger on the trigger.