Widow, Evie Teale opens her home as a stagecoach rest stop. When cowboy Conn Conagher enters her life, they tread cautiously toward love. But before he can settle down, Conagher must fight, one more time, against a band of brutal cattle rustlers.

“Westerns are stuff from the heart, dealing in basic values, showing you an ideal way to conduct yourself,”
– Sam Elliott, Chicago Tribune, 1991

A taut western with a touch of frontier romance! Based on the Louis L’Amour novel and starring Sam Elliott, Katharine Ross, and INSP’s own Christmas in the Smokies star, Barry Corbin!

This movie has something for everyone: Western action and a touch of true love! And when the stars, Sam Elliott and Katharine Ross, are real-life husband and wife, the romantic story takes on an even deeper meaning.

Evie Teale, her husband, Jacob and two children travel to the frontier to make a life as cattle ranchers, but on his way to buy livestock, Jacob suffers a fatal accident. Now a widow, Evie must do anything she can to provide for her family, and keep their home. The stagecoach passes by her ranch regularly, and driver, Charlie McCloud gets to know Evie, as he delivers supplies to her. He’s concerned about her living on her own. Since Charlie stops anyway, Evie agrees to allow passengers to use her house to rest a bit while she serves them hot meals and fresh-baked cookies. One day, a man traveling on the coach warns Evie to be wary of man called Conn Conagher, a notorious gunslinger, who might be passing through.

His reputation may precede him, but in truth, Conn Conagher is a rough cowboy trying to scrape together a living on the stark frontier. Indeed, he’s a sharp, quick gunfighter, but most of all, he’s a loner and confirmed bachelor, and good friends with Charlie. He’s riding the frontier with his buddy, Chris Mahler looking for work, when the men stop in at Evie’s home. Try as he might to ignore his feelings, Conn is attracted to Evie, not only by her beauty, but her independence, her spirit and grit—not to mention good cooking. 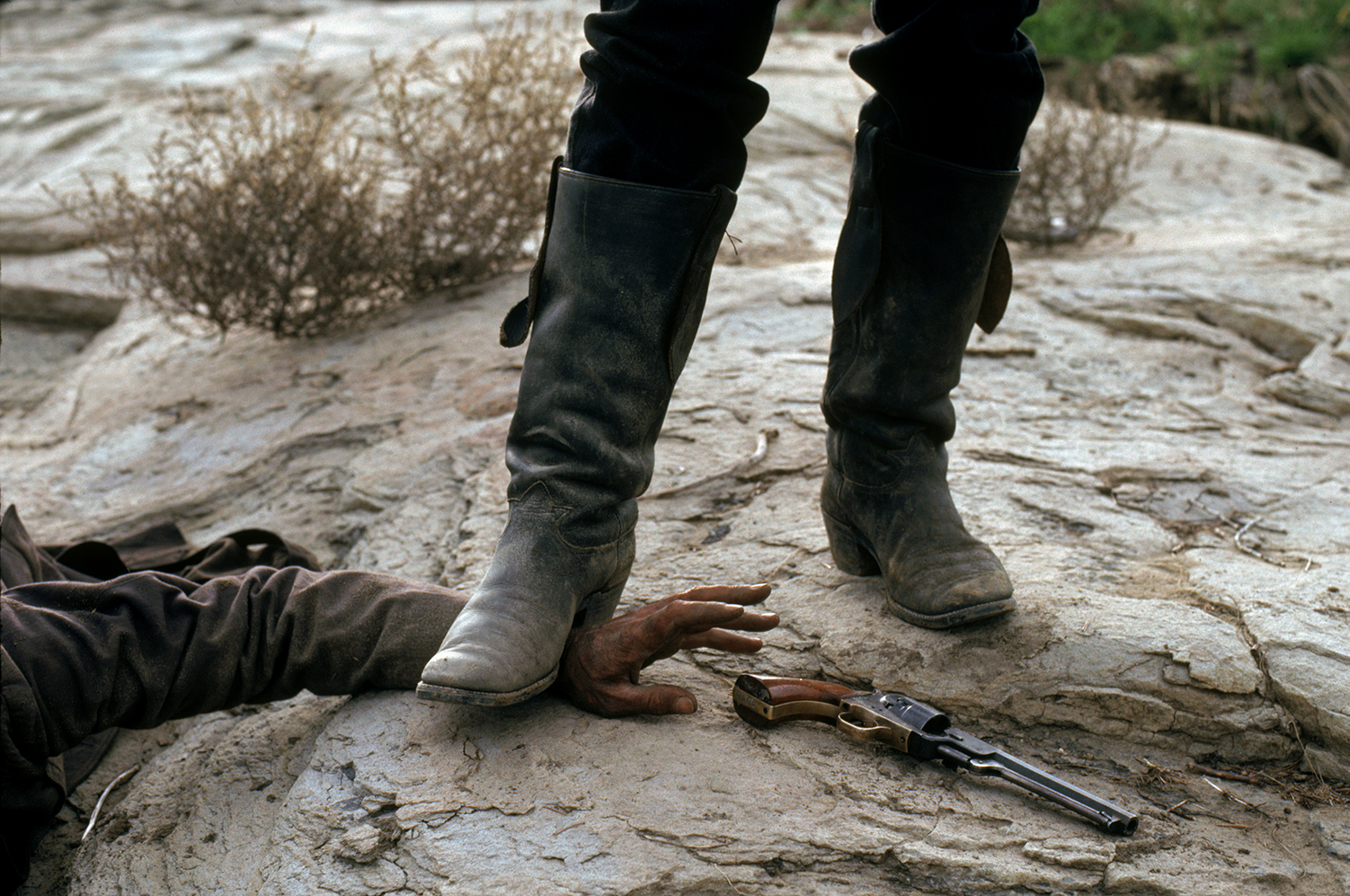 One day, Indians attack Evie’s ranch, looking to steal her cattle and an intense gunfight breaks out. The stagecoach arrives as bullets fly and the passengers and drivers come to Evie’s defense in a drawn-out battle. By morning, the Indians retreat, and Conn and Chris ride off.

Soon, they meet Seaborn Tay, a rancher who offers the men jobs as cowhands, and Conn learns all is not right at the Tay ranch. Rustlers, a ruthless gang of outlaws, from the Ladder 5 ranch have been stealing Tay cattle and rebranding them as their own, under the direction of Ladder 5 owner, Smoke Parnell. While many of the cowhands, out of fear for their lives or collusion, look the other way, Conn is a man of honor, and loyal to his boss and the Tay brand. But Conn’s friend Chris is easily swayed by what he sees as the “winning” team, and he takes off to join Ladder 5. Conn is pretty much on his own defending Tay’s ranch. And because of his honesty and dedication to Tay, he becomes a marked man.

As time passes, Conn visits Evie frequently, and they slowly fall in love. Conn spends time with her kids, and he begins to fill a need in their lives as a father figure. In a sweet, romantic pastime, Evie pens anonymous poems and ties them to tumbleweeds. Conn discovers the mini-love letters, and though he doesn’t suspect Evie as the writer, he starts looking for them drifting by when he’s out on the range.

One day, while herding Tay’s cattle, the Ladder 5 gang sets an ambush for Conn. In the fight, Conn gets shot. Though weak, Conn is out to seek justice, and he contemplates a new life with Evie—if he survives the next encounter with Ladder 5.

A Round of Applause for Barry Corbin…

Texan, Barry Corbin won the Buffalo Bill Cody Award for quality family entertainment and the Western Heritage Wrangler Award from the National Cowboy Hall of Fame for his performance as Charlie McCloud in Conagher.

He may play a stagecoach driver in Conagher, but when it comes to horsemanship he doesn’t have to act! Barry won many cutting horse competitions before starting his acting career, and still spends his spare time riding, and tending cattle on his Texas ranch.

On his website, Barry tells of a moment that might have rattled an actor with less horse experience.

“I was driving a stagecoach with a team of six. There was one tense moment when I dropped one of the reins. You don’t have time to be scared in a situation like that.”

He managed to keep the horses under control, preventing a potential runaway coach.

Sam Elliott and Katharine Ross: Committed to Each Other—On Screen and Off By Henry C. Parke When a showbiz couple like... READ MORE