This fictionalized account of the life of William F. “Buffalo Bill” Cody is a thoroughly entertaining Western classic. Meet the Army scout, buffalo hunter, and legendary man who went on to create the spectacular Wild West Show.

Meet Cody, a young Army scout and buffalo hunter, a man well known for peacefully coexisting with Indians and the good friend of Yellow Hand, the future Chief of the Cheyenne. 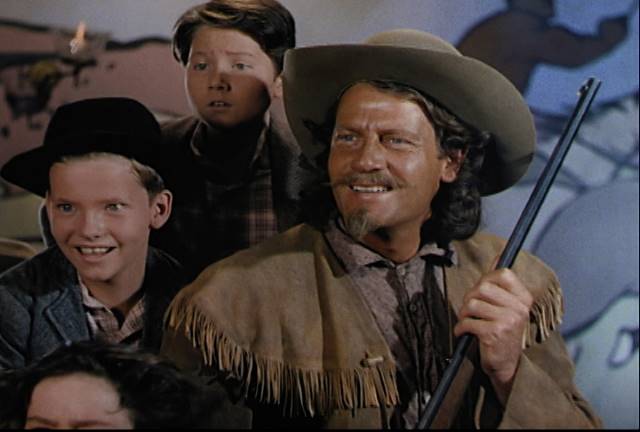 Cody’s days in Cheyenne country include using his excellent shooting skills to rescue a wagon full of people from a gang of attacking Indians. Among this group of grateful folks are a U.S. Senator, his beautiful daughter, Louisa, and a journalist named Ned Buntline. Immediately, Cody is smitten with the Eastern girl with the flaming red hair, and so he courts and marries her.

Meanwhile, Cody”s admiration and respect for the Cheyenne helps him recognize how terribly they are being treated. Businessmen, politicians, and military leaders are willing to take the Cheyenne’s lands and destroy their hunting grounds in order to line their own pockets.

However, when he joins the Fifth Cavalry as a scout, Cody faces a moral dilemma as he is drawn into battle against the Cheyenne at War Bonnet Gorge. And while waiting for reinforcements to arrive, the battle hits home, when he must fight his old friend Chief Yellow Hand, knowing only one of them will come out alive.

In the years that follow his military career, Cody’s life is touched by controversy and tragedy. But he regains his stature when Buntline, his journalist friend, tells evocative tales of Cody’s life: the gunfights, Indians in war paint, and men charging towards heroic destinies deep in the heart of the West. Soon, Will Cody becomes an international celebrity.

In no time at all, Buntline convinces Cody to create a spectacular Wild West show that will play to audiences around the world. And with that, Buffalo Bill’s Wild West Show – and the legend of Buffalo Bill was born….