“I do hereby swear, before the Great and Living God, that during my engagement, and while I am an employee of Russell, Majors and Waddell, I will, under no circumstances, use profane language, that I will drink no intoxicating liquors, that I will not quarrel or fight with any other employee of the firm, and that in every respect I will conduct myself honestly, be faithful to my duties, and so direct all my acts as to win the confidence of my employers, so help me God.”
-The Pony Express Oath

An American legacy and an exciting tale from history, The Pony Express continues to captivate our country, giving the modern world a glimpse into life during the great western expansion in the 19th century. Inspiring countless films and TV shows, including The Young Riders, INSP’s newest addition to our series line-up, The Pony Express’ short-run in history has left a lasting impact on our nation’s culture. 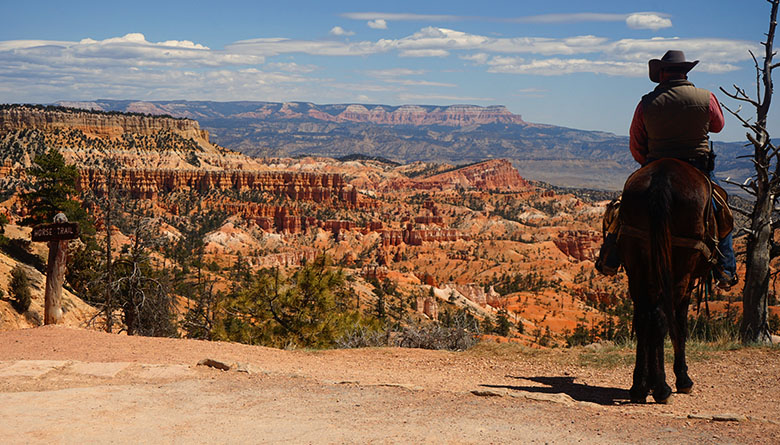 In 1845, the manifest destiny, an imperialist cultural belief, emerged in society and became a driving force behind thousands of Americans to head west. The manifest destiny was the idea that expanding west was inevitable for the United States, as it was destined by God’s will. The untamed territory brought the hope of a better life, prosperity, and land. With the end of the Mexican American War in 1848, the United States grew, claiming present-day Arizona, California, Colorado, Nevada, New Mexico, Utah, and Wyoming. The 1847 Mormon exodus, the 1849 California gold rush, and the Oregon Trail brought even more Americans out west. The great emigration brought the need to efficiently connect the new settlers with the rest of the country.

MAIL CARRIERS IN THE WEST

Before the Pony Express came into existence, mail delivery was a slow process. At the time, the railroad and telegraph lines only extended to the Midwest. From there, the settlers relied on private companies, the largest being Butterfield Overland Mail Service, to deliver their mail via stagecoach. With stagecoaches as the method for delivery, it could take months to receive your mail. It was impossible to get urgent messages and mail across the country in a timely manner, isolating the west from the rest of the country. In 1857, Postmaster General Joseph Holt made a decision that would set in motion the development of The Pony Express. Holt drew back on Overland’s service to California, minimalizing communication from the east to the west more than ever before.

THE BIRTH OF THE PONY EXPRESS 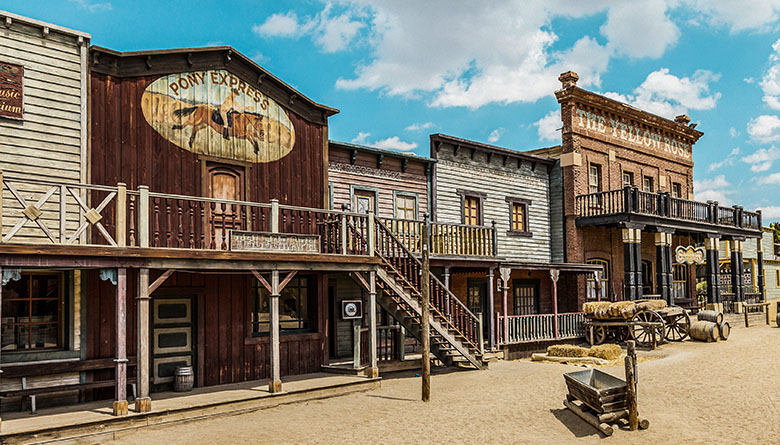 With the demand for a faster mail service at an all-time high, the opportunity for financial gain to fulfill the need did not go unnoticed. William H. Russell, Alexander Majors, and William B. Waddell formed a partnership, intent on creating a timely system to courier mail across the country. Before joining forces for The Pony Express, Russell, Majors, and Waddell were established businessmen and had even partnered on other projects. William H. Russell thrived in the wholesale business, opening general stores and shipping goods west. Alexander Majors found success hauling military supplies and co-founding stockyards responsible for the East Coast and Midwest’s beef supply. William B. Waddell owned profitable dry good stores, a brick store, and a hemp warehouse. Together, the three men built the Leavenworth and Pike’s Peak Express Company (later known as Central Overland California and Pikes Peak Express) and formulated the groundbreaking idea that was The Pony Express.

THE NEED FOR SPEED

The Pony Express was not your ordinary mail service. What made The Pony Express so revolutionary and unique was its innovative and approach to delivering mail. With time as their enemy, the problem at hand was figuring how to get mail to its destination quickly, without the help of modern tools such as the railroad and telegraphs. Russell, Majors, and Waddell developed a set route and came up with a systematic process that delivered mail to the west twice as fast as before.

Their well-oiled system created an ever-moving exchange of mail, streamlining the process unlike ever before. The first ride of The Pony Express occurred on April 3, 1860, with its route beginning in St. Joseph, Missouri, then traveling through Kansas, Nebraska, Colorado, Wyoming, Utah, and Nevada until it came to a stop in San Francisco, California. Throughout the route, there were over 180 relief stations, positioned every 10-15 miles apart. Young men delivered the mail by horse, stopping at every relief station along the way to change horses, ensuring that a tired horse didn’t interfere in a speedy delivery. The rider would continue on for 75 miles, then switch parcels with the next rider at the relief station, heading back the way they came. 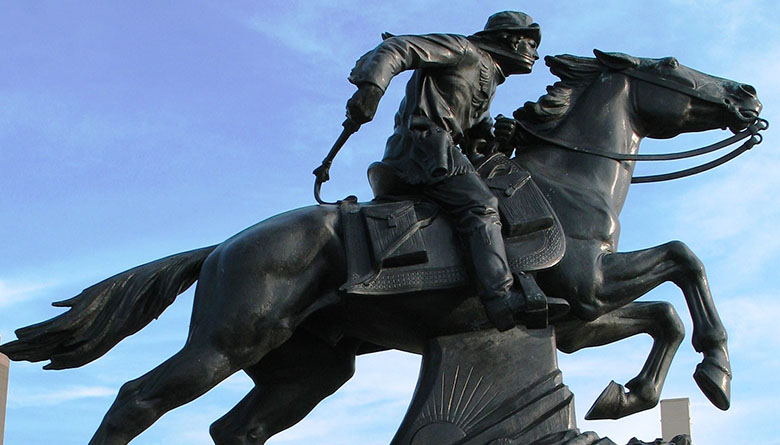 The couriers carried the mail in a specially made bag called a mochila (Spanish translation for knapsack) that could hold up to 20 pounds. To keep the weight at a minimum, they hired boys as young as 14 and as old as early 20s that weighed no more than 125 pounds as riders.

All of the riders took an oath to refrain from anything that could jeopardize the job at hand, including consuming alcohol, swearing, and fighting. Their strategic thinking paid off, and the riders did not disappoint, delivering mail in record time. The Pony Express was even responsible for transporting the inaugural address of Abraham Lincoln from Nebraska to California in only 7 days and 17 hours.

Early on in its run, The Pony Express faced bumps along the road, and the trouble continued until its demise. Feuds between the Native Americans and settlers brought fear and danger to the riders, and the Pyramid Lake War of 1860 even stopped transport for a short time. Another big obstacle for The Pony Express was how expensive the service was to use. It cost $5 per half-ounce of mail, which was a hefty price at the time, and most people couldn’t afford it. Because of this, The Pony Express mostly delivered newspaper reports, government dispatches, and business documents. Although they eventually reduced the price to $1 per half-ounce, it didn’t significantly impact the company’s success. 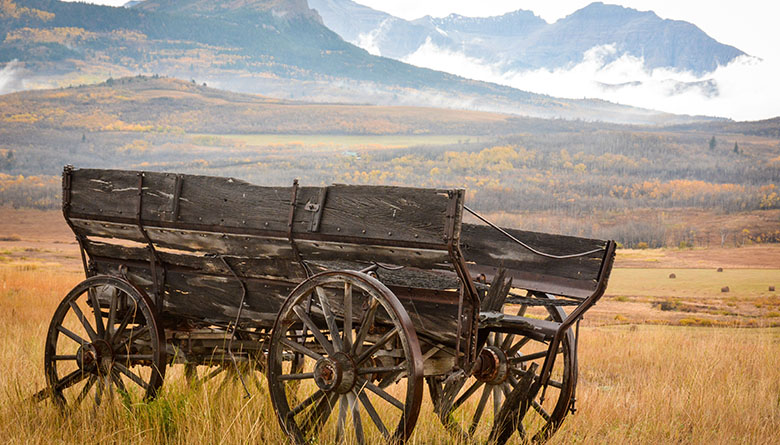 The beginning of the end for The Pony Express started on June 16, 1860, when Congress approved a bill to begin the construction of a transcontinental telegraph line that would connect the Missouri River to the West Coast. While operations continued until San Francisco successfully made a direct connection with New York in 1861, The Pony Express was no match for the telegraph. The last ride came the following month, just 18 months after it first opened for business.

Suffering the effects of the failure of The Pony Express left Russell, Majors, and Waddell with tarnished reputations, financial ruin, and a criminal case for accepting stolen government bonds. They never fully recovered from the social and monetary loss, as they never partook in any business ventures again.

BUFFALO BILL AND THE PONY EXPRESS

As The Pony Express became more of a tall tale than a distant memory, a rumor began that its most famous rider was notorious cowboy Buffalo Bill. But the truth of the matter is that he never rode for The Pony Express. While there is some truth to this, Buffalo Bill worked as a messenger for Russell, Majors, and Waddell, but during the run of The Pony Express, he was attending school in Kansas.

The Pony Express made a lasting impact in our history and has become a significant part of Wild West culture. While the exact details of The Pony Express’ existence might fade away, the legend that it has inspired is one that will continue to live on forever.