Looking back to 1990, when she flew halfway across the globe to co-star with Tom Selleck in the legendary Australian Western Quigley Down Under, Laura San Giacomo remembers, “the detail was so amazing! I remember Tom being so proud of the detail that was in all the props and the guns and the period stuff.” 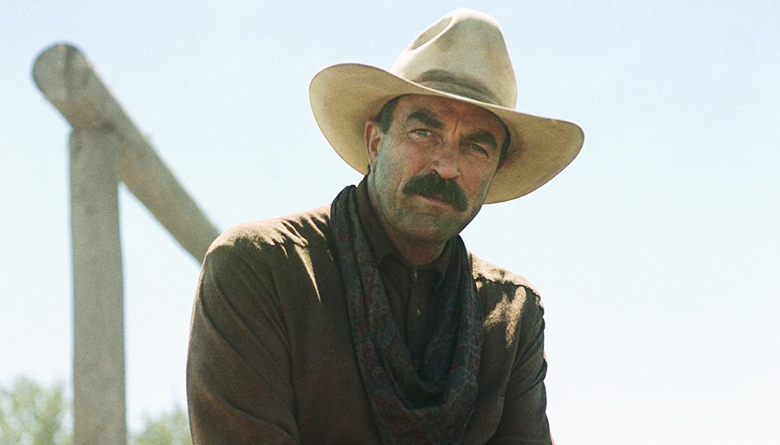 “Tom’s fantastic with that sort of stuff because he loves it all,” concurs Quigley and Lonesome Dove director Simon Wincer. “He loves the minutiae.” Quigley is an American cowboy who answers an ad looking for a great long-distance marksman, and Selleck was determined to have precisely the right rifle for the scene. “And the Sharps is a character when he reveals it. After Quigley, they started having Sharps shooting competitions; it brought the gun back into recognition.”

“He drives some people crazy because he’s so detail-conscious,” says Walter Scott, Selleck’s stunt double and stunt coordinator on many films. “He doesn’t want to do anything in a Western that isn’t real. He remembers Gary Cooper and John Wayne and all of the old timers that we grew up watching. He’s respectful of all the things they did. The hat has to be right. The saddle has to be right. Everything has to be authentic, and I think that’s what makes his westerns good: he works on the details.” Selleck’s always enjoyed the western genre, but recalls, “I got hooked on westerns with The Sacketts.” A writer and producer of many of his films, as well as the star, the more he’s learned, the more particular he’s become. “With what I’ve learned in the research, I’ve had correct saddles made for movies. I’ve gone for accuracy. You know, you see a movie that has got great style, like Vera Cruz,” the 1954 western starring Gary Cooper and Burt Lancaster. “It’s [set] in Mexico in the 1860s, just after the Civil War. And they’re using 1873 single-action army pistols, Winchester 1892 carbines. I collect antique firearms, Winchesters. I’ve had a lot of guns restored and built for different shows.”

And it’s paid off in the respect that Selleck receives from those best able to rate his performances in westerns. “I respect everything he’s done,” says Scott. “And the real cowboys that I know love to visit with him, and love to see him.” 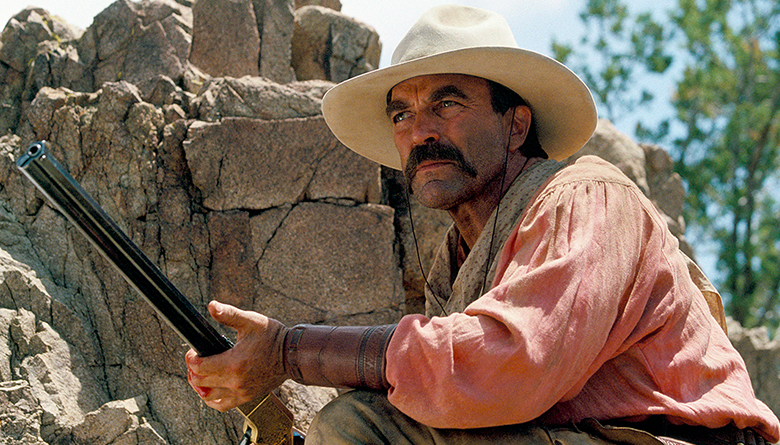 But has Selleck ever cheated, for artistic reasons? “I think art isn’t the truth; it’s a lie that enables you to see the truth. If you’re making a Western, and you’re wearing some of the hats that they were really wearing.” He laughs. “So I’ve cheated a few times on hats, because I’ve been fortunate to play these kind of iconic characters. And the crown of a Civil War-era hat is about two inches tall and flat. I did a movie for Burt Kennedy, Concrete Cowboys. Burt always wore hats just like the ones John Wayne wore, that cavalry hat, where the front of the brim would pop up. I said, where did you get that hat? And Burt said, I’ll have Luster Bayless get you one. Luster Bayless was a great Western costumer,” on a dozen John Wayne movies.

“I grew up watching all those TV Western series, and by then Hollywood had bastardized the wardrobe of the period. That kind of TV Western wardrobe had nothing to do with the reality. And I’ve worked to try to be more accurate; but I have stretched the reality on hats.”