Go Behind-the-Scenes With The Duke

At the height of the Vietnam War, John Wayne made a bold move to show his support of the United States’ involvement in the war: he made a movie about it, The Green Berets. The war had divided American citizens, and the film followed suit. Whether you love it or hate it, the fascinating facts behind the film make it worth a watch.

John Wayne went to the President of the United States for permission:

Writing a letter directly to President Lyndon Johnson, The Duke explained how he wanted to make a movie to show the American people why our country’s involvement was necessary. Johnson eventually agreed, and the Pentagon even allowed the cast and crew to use their equipment, but at a price.

Once the movie was a go, John Wayne took on the role of director. 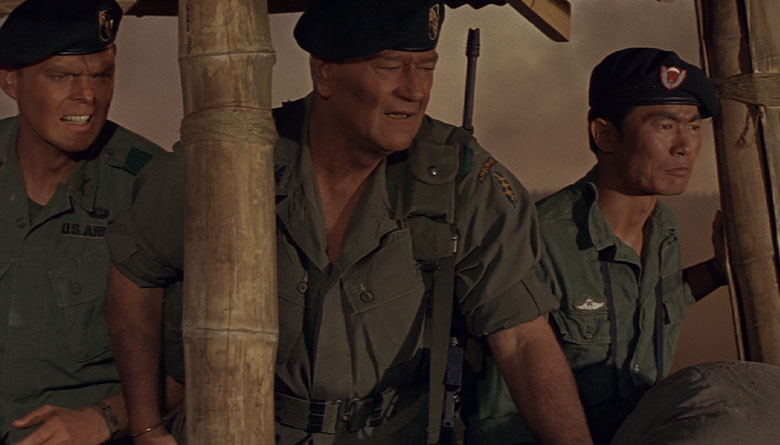 The Duke’s son, Michael, signed up as a producer and the father-son team worked with Universal to get the film made. However, later down the line of production, Universal dropped out. John Wayne planned to fund the movie himself until Warner Brothers stepped in. Their only stipulation for making The Green Berets was that The Duke had to hire a co-director.

The Duke purchased the rights to The Green Berets, a novel by Robin Moore.

But the end result bore little resemblance to the book. John Wayne and his son, Michael, sent the Defense Department the script for approval, and it took 18 months for them to agree.

Unfortunately, during the editing process, they cut her scene. John Wayne tried to pay her for her time, but Vera refused. To make it up to her, he cast her in his next film, Hellfighters.

The actors’ ages became a topic of conversation.

While most colonels during the Vietnam War were in their 30s, the film depicted them as men in their 60s.

Cast and crew traveled to Fort Benning, Georgia, for filming. 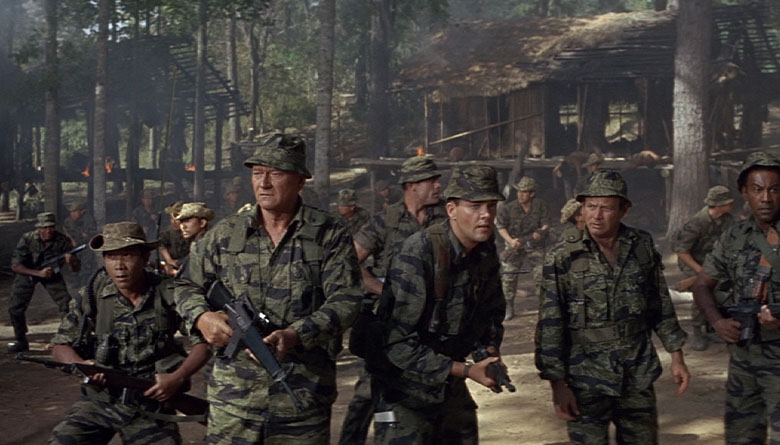 If you look closely, that’s no jungle in the background. But fortunately for the military, the Vietnam villages built for the movie set were so accurate that they later used them to help train soldiers.

The film did not receive critical acclaim.

Robert Ebert gave The Green Berets zero stars and included it on his “Most Hated Movie” list. John Wayne didn’t let it get him down, though. In fact, he credited the bad reviews for the film’s box office success.