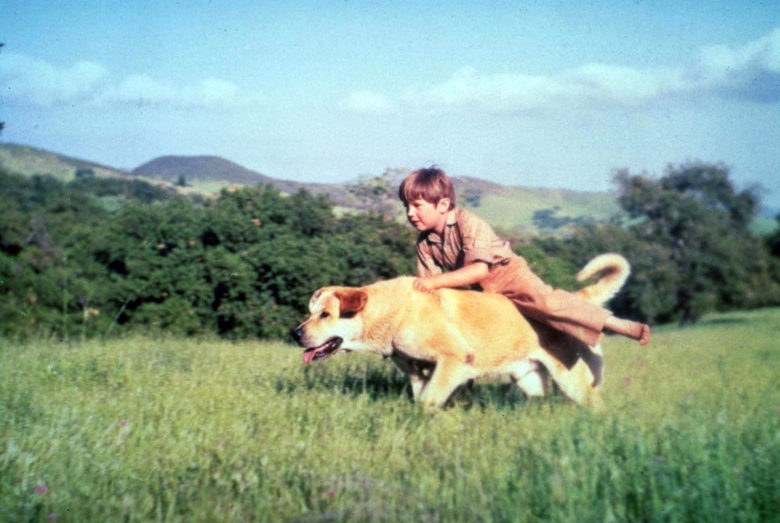 Recently, INSP aired the popular, classic, Old Yeller, a movie famous for being a tearjerker. Today, we shed tears upon hearing about the loss of Kevin Corcoran, the actor who played the young brother, Arliss Coates, the first to love the yellow mutt that wandered onto the frontier farm in the beloved film.

After many years as an actor, Corcoran, went on to receive a degree in theater arts, and continued in show business on the other side of the camera, as a producer and director. Though he grew up in a family of actors (all seven of his siblings were also in the business), he maintained a level head, a steady and successful career, and held onto strong values throughout his life. He gave his down-to-earth family credit for guiding him away from the common illusions, letdowns and scandals often associated with a Hollywood lifestyle.

Kevin Corcoran passed away after battling cancer. He was 66 years old, and leaves behind his wife of 43 years.

His many fans pay tribute to his memory.

We are extremely sad to hear of the passing of Kevin Corcoran. Born on June 10, 1949 in Santa Monica, California, Kevin…

Posted by The Walt Disney Family Museum on Wednesday, October 7, 2015

R.I.P., Kevin Corcoran. Thank you for helping to bring us Old Yeller and Sons of Anarchy.

Posted by The Hollywood Show on Wednesday, October 7, 2015

Posted by People.com on Wednesday, October 7, 2015

Sad news to report: Kevin Corcoran, who came to fame as Moochie on "The Mickey Mouse Club" serial "Spin and Marty" and…

Kevin Corcoran has passed. Talk about movies of my childhood OLD YELLER, POLLYANNA, and SWISS FAMILY ROBINSON. What kid didn't want a yellow lab…or want to live in a tree house!!

Here’s a GOOD READ: A profile of Kevin Corcoran from Sept. 19, 2012, written by Chad Jones, a Friend of The Walt Disney…

Posted by Friends of The Walt Disney Family Museum on Wednesday, October 7, 2015

Sad to hear about Kevin Corcoran's passing. Wonderful man who was a joy to work with. My deepest condolences to his family. RIP

"I am saddened to hear about the passing of Kevin Corcoran… He was a great man and I will miss him." —Ron Miller https://t.co/7HccCpvIg7