In February 1968, my family – dad, mom, and us three kids – visited Tucson, Arizona for the first time.

February was a popular month for tourists to visit The Old Pueblo, as the Southern Arizona town had been known for more than a century.  The weather was postcard perfect, especially for visitors from the mid-Atlantic coast.  Back home, our friends were walking to school in heavy coats, mittens and snow boots.  In Tucson, we were swimming outdoors in our motel’s heated pool, and hiking up a sunlit trail in the Santa Catalina mountains, where we saw towering (and flowering!) saguaros, and heard the enchanting coos of Gambel’s quail and white-winged doves.

Tucson was more than just a vacation destination for my family that winter of ’68.  My dad had been offered a job there and our visit was a precursor to moving west three months later.

Whether by luck or my mom’s careful planning, we were visiting Tucson during the annual “Fiesta de los Vaqueros” (Festival of the Cowboys), which consisted of the Tucson Rodeo and the Rodeo Parade.  We attended both the parade and the rodeo during our visit and, for three kids from the east coast, it was like watching our favorite TV westerns spring to life right before our eyes.

A few months prior to our first visit to Tucson, NBC had debuted a new western-themed TV series that was not only set in Tucson (in the 1870s), but filmed there as well.  A large part of “The High Chaparral” series was filmed at Old Tucson, a western frontier town and movie studio in the Tucson Mountains, about 20 minutes west of downtown.

An article appearing in the Tucson Citizen newspaper the week that we visited noted, “‘High Chaparral,’ the popular TV western series filmed in Tucson, was a recurring theme in the parade.  Indeed, several of the stars – and horses – of the show were here, there and yonder on the parade scene.”

And that is exactly the way I remember it.

One vivid memory I have was seeing Henry Darrow, who played Manolito Montoya, sunning on ca lounge chair, poolside, at a Tucson hotel where we planned to eat lunch.  We recognized him – tan and handsome, wearing only a pair of form-fitting swim trunks – just as a group of autograph seekers ran toward him.  He jumped up, grabbed his towel, and took off.  “Ándale pronto, amigo!” a fan shouted, as Darrow, flashing his trademark smile, disappeared around a corner of the building.

No visit to Tucson would be complete without the requisite trip to Old Tucson and the nearby Arizona-Sonora Desert Museum.  We visited both that week and numerous times thereafter, especially with out-of-town guests.  On one of those trips, we captured a picture of my grandmother, seeing the West for the first time, on the porch of The High Chaparral.

Some time after we moved to Tucson in May 1968, I recall my dad, who was an attorney, having some business dealings with Leif Erickson.  He met Mr. Erickson in person and said he was very nice.  My dad brought home autographed 8 x 10 photos for us kids.

Our home in Tucson was located on a small parcel of land in the Catalina Foothills and we quickly became familiar with both the splendor and peril of the untamed desert that High Chaparral showcased so skillfully.  It was common to encounter rattlesnakes, scorpions, tarantulas and other venomous creatures in our yard or on the way to the school bus stop.  During the first year, we even had a Gila monster in our front yard – one of only two venomous lizards in the world.  Gila monsters are on the endangered species list, so we watched it for a few minutes until it meandered off to find shade under a nearby tree.

My sister loved horses and one of the first things our mom did when we moved to Tucson was sign us kids up for horseback riding lessons (Western, not English!) at the Westward Look riding stables near our home.  Back then, the Westward Look Resort seemed much more like the dude ranch it had been for decades than the Grand Resort and Spa it is today.  The main building – an elegant hacienda-style family home, not unlike The High Chaparral – was built less than six months after Arizona achieved statehood in 1912.  We spent many hours riding horses through the desert, especially after my sister got a horse of her own a year or two later.

One of my favorite experiences from our first years living in Tucson was attending an annual festival at Mission San Xavier del Bac.  The evening event was an enchanting reenactment of the founding of the Mission.  It featured a procession, the lighting of many bonfires, Native American dancers, and lots of delicious fry bread cooked on the spot.  The Mission served as “Rancho Montoya,” the home of Don Sebastian Montoya, on The High Chaparral.

Moving to Tucson as a kid, at a time when The High Chaparral was being filmed there, is a memory I will always cherish, and I am thankful that INSP has given the show a new home.  In some small way, I feel like the show will always be a part of me.  It made living in the sun-baked Sonoran Desert, riding horses through rock-strewn arroyos, and even encountering the occasional rattlesnake, seem adventurous and meaningful.

As Cameron Mitchell, who played Buck Cannon, once said, “Here in Hollywood, (The High Chaparral) is another Bonanza.  But, just alone out there in the desert, you have a feeling you’re doing something that really happened to somebody 100 years ago.” 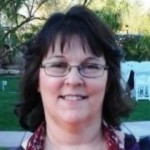