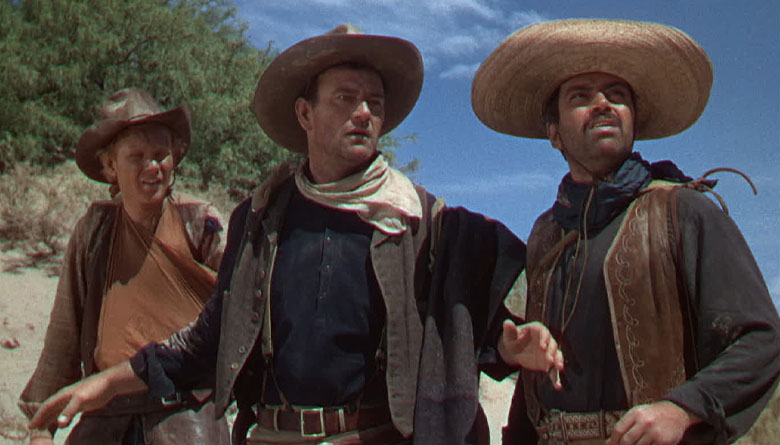 While fleeing from a posse in the desert, three outlaws, Robert Marmaduke Hightower, Pete “Pedro” Fuerte and William Kearney, known as “The Abilene Kid,” discover a dying woman, who begs them to honor her last wish—to get her newborn to safety.