Barbara Stanwyck: Queen of the Screen

Barbara Stanwyck delighted fans with her talent, beauty, intelligence, and spirit. From her beginnings as a chorus singer and dancer to her breakout performance on Broadway, and across six decades of star turns in movies like Double Indemnity and TV classics like The Big Valley, America adored her.

Ruby Catherine Stevens was born on July 16, 1907, in Brooklyn, New York to Catherine Ann and Byron R. Stevens. She was the youngest of 5 children, with sisters Laura, Viola, and Mabel, and an older brother, Byron “Bert” Stevens.

When Ruby was 4 years old, her mother, who was pregnant at the time, was shoved off a moving streetcar by a drunken stranger. Catherine died from complications that ensued from her miscarriage. Two weeks later, Ruby’s father left the family to join a team of diggers going to work on the Panama Canal. He was never heard from again.

Ruby’s older sister, Laura, took care of her brother and youngest sister until she decided to become a showgirl. At that point, she put Ruby and Bert into Foster Care. Ruby hated foster care and often ran away.

By the time she was 9, Laura (whose stage name was Mildred Stevens) took Ruby on tour with her, and Ruby’s love for the stage was born. By the time Ruby was 14, she dropped out of school and got a string of jobs that made her financially independent. She was committed to becoming an actress, despite her sister’s objections. Eventually, her determination and drive wore Laura down, and Ruby was on her way. 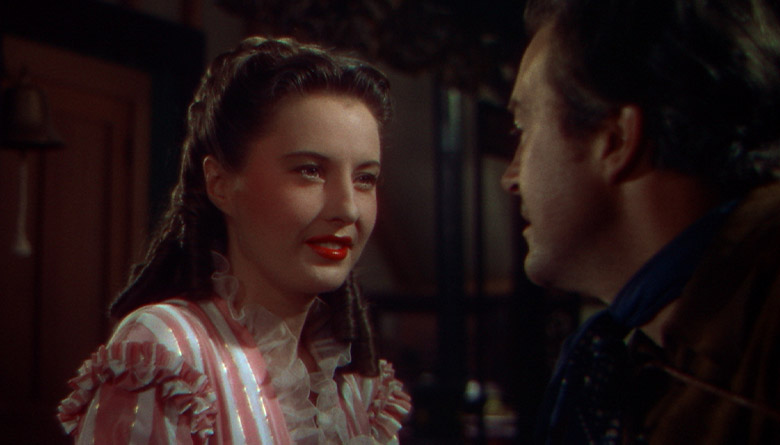 By the time Ruby was 16, she landed a job in the chorus at a nightclub and then got a job as a dancer with the Ziegfeld Follies. She stayed there for a few years while also working as a chorus girl and dance instructor.

She met the playwright Willard Mack, and after a great audition, landed the part of a chorus girl on Broadway. The original play wasn’t a hit, but Mack rewrote Ruby’s part, coached her as an actress, and brought The Noose back to Broadway in 1926. It was a huge success and ran for almost 200 performances. At this point, the writer, producer, and director David Belasco suggested that Ruby change her name…and Barbara Stanwyck arrived.

In 1927, Stanwyck would go on to star in Burlesque, another very popular show with a successful run. This role catapulted Barbara into Broadway stardom.

It was only a matter of time before Hollywood agents made Barbara Stanwyck a movie star. She landed her first part in a “talkie” called The Locked Door in 1929, and after that, she worked regularly throughout the 1930s. Her first big break came in Frank Capra’s movie, Ladies of Leisure in 1930, followed by other big roles like Night Nurse (opposite Clark Gable) in 1931, Baby Face in 1933, Stella Dallas in 1937 (getting her first Academy Award nomination), and Union Pacific in 1939 with Joel McCrea. 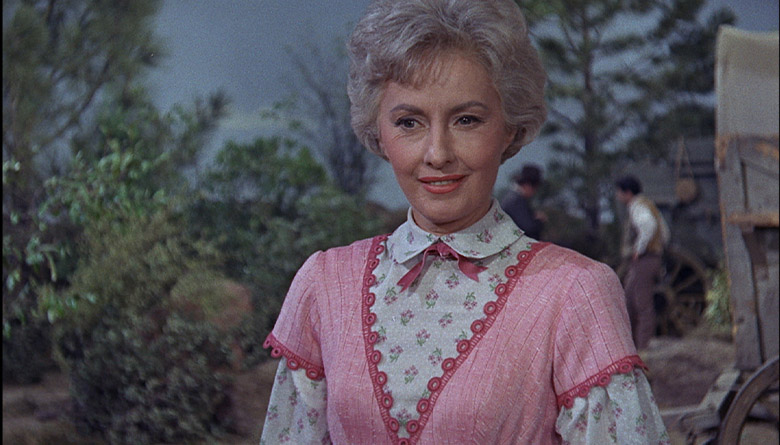 Once the 1940s started, Barbara’s career really took off. She starred in Meet John Doe and Ball of Fire (both co-starring Gary Cooper), The Lady Eve (considered one of the greatest romantic comedies of all time) and You Belong to Me (opposite Henry Fonda), Remember the Night, and Double Indemnity (considered a film noir classic), with Fred MacMurray. Barbara Stanwyck was so popular during this decade that she became the highest-paid actress of her time.

In 1928, Barbara married Frank Fey, her co-star in Burlesque. They moved to Hollywood to try their luck in the movies and in 1932, they adopted a 10-month-old boy named Anthony Dion Fey. The couple divorced in 1935 and Barbara got full custody of their son.

In 1936, while filming His Brother’s Wife, Barbara became romantically involved with her co-star, Robert Taylor. They married in 1939 and divorced in 1950 but stayed close friends for the rest of his life. When he passed in 1969, Barbara was grief-stricken and took a long break from acting. According to Linda Evans, Stanwyck thought of Taylor as “the love of her life.” She never married again.

Barbara Stanwyck’s big-screen successes began to dim as the mid-1950s approached. But this hardworking, intelligent woman turned to television to keep her star power burning bright.

Barbara made guest appearances on many TV shows and starred in an Emmy award-winning anthology series, “The Barbara Stanwyck Show, in 1960-1961. She said it wasn’t really her thing and that she was “delighted” when it got canceled.

Her biggest television role yet (and what many people today know and love her for) came when she took the part of frontier matriarch and rancher, Victoria Barkley, in The Big Valley. From 1965-1969, Stanwyck played the tough, gutsy widow of a successful rancher in the 1870s Wild West. 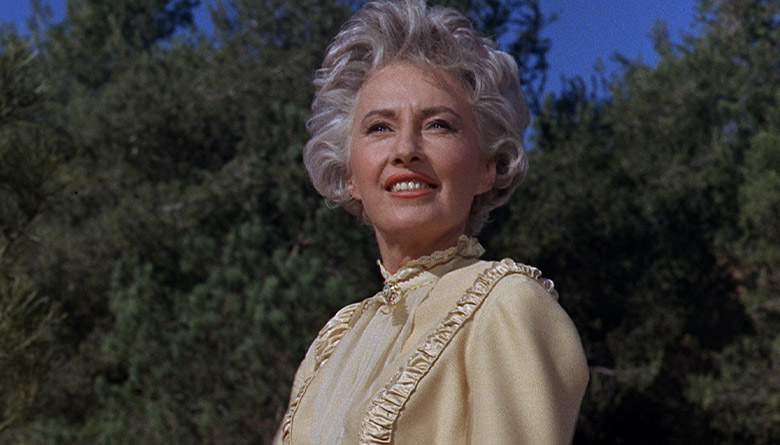 Victoria lived in a man’s world…but she bent it to her will and made it work for her. She was a devoted mother who was as comfortable in a long frilly dress as she was in jeans and cowboy boots—and fans everywhere loved her!

Stanwyck won an Emmy for her role as Victoria Barkley and went on to win her final Emmy award for playing the role of Mary Carson in The Thorn Birds in the 1980s. She did some guest appearances on Dynasty (alongside Linda Evans) and starred as Constance Colby in a spin-off called The Colbys. She left the series after the first season in what would be her final role.

On January 20, 1990, Barbara Stanwyck passed away of congestive heart failure. She was cremated and her ashes were scattered over Lone Pine, where she filmed many of her Westerns.

While Barbara Stanwyck is no longer with us, her incredible body of work lives on in her movies and television shows. She was beloved by her directors (Frank Capra, Billy Wilder, Cecille B. DeMille), her co-stars (Linda Evans, Fred MacMurray, Henry Fonda), and is remembered fondly by her legions of fans. Catch the Queen of the Screen—and The Big Valley—on INSP!