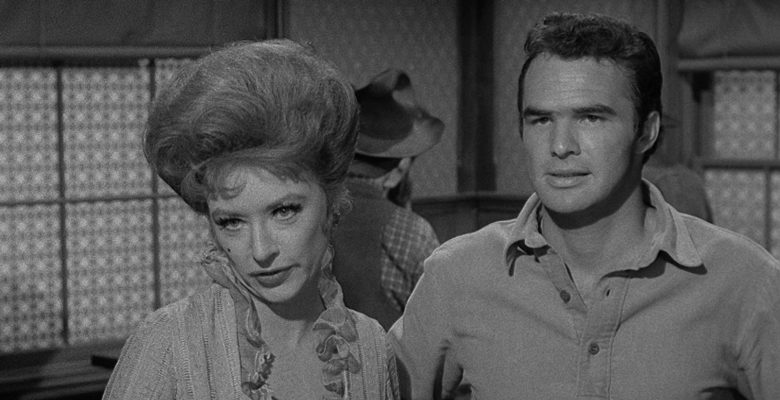 He was one of Hollywood’s most adored leading men and comedic actors. However, Burt Reynolds got his start wearing dusty cowboy boots and striking hammer against anvil.

He was born Burton Milo Reynolds, Jr. on February 11, 1936 in Waycross, Georgia and raised in Palm Beach County, Florida, where his Army veteran father was the police chief. In high school, Reynolds discovered his talent and passion for football, and played halfback at Palm Beach High School. But his career was cut short when, as a sophomore at Florida State, on a football scholarship, he suffered a knee injury. He left Florida State and matriculated at Palm Beach Junior College where he caught the acting bug.

After roles in summer stock, off and on Broadway, he moved west to make his mark on the big and small screen. Starting out in TV Westerns, audiences were introduced to Quint Asper in the eighth season of Gunsmoke. It is said that Reynolds named his adopted son, Quinton after his character, (and may have even owned a dog named Festus, at one point). In an interview published in the July issue of Closer Weekly magazine, Reynolds called his 29-year-old son his “greatest achievement.”

Burt Reynolds had a history of heart problems, and underwent a quintuple bypass in February 2010. He died of cardiac arrest in a Florida hospital on September 6, 2018. He was 82 years old.

“I’ve had a tremendous amount of fun making fun of myself! As to my legacy, it’s the kids that I have taught. I love this business so very much that I want to share my knowledge about it… Being a good teacher. I’ll take that over being a good actor any day!” – Burt Reynolds.