Clint Eastwood and Eric Fleming star in this iconic and beloved Western television program that ran for years in the late 1950s and 1960s. INSP is proud to add Rawhide to our stable of legendary Western shows—and delighted that our fans will spend time with these rough and tumble cowboys. 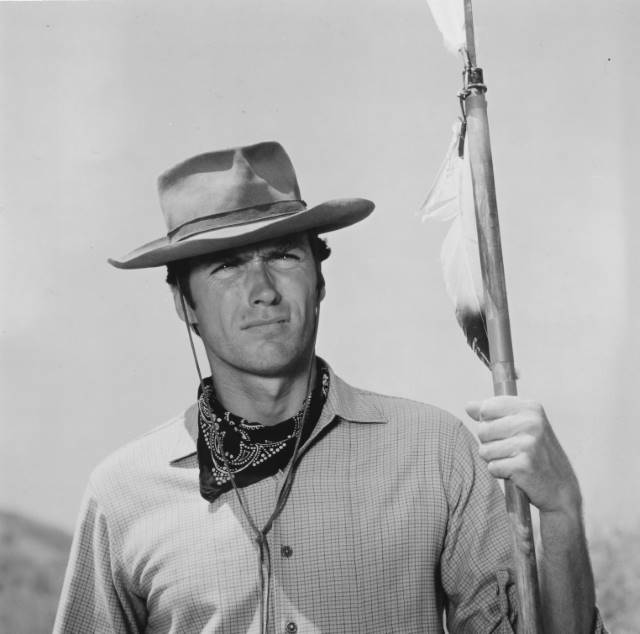 In the late 1860s, a team of drovers runs cattle drives between Texas and Missouri. Their trail boss, Gil Favor, is strong and smart, and he always tries to play on the level with his men. His right-hand man, Rowdy Yates, is at times an impetuous hothead, but Gil knows how to rein him in.

Throughout the years on the trail, the cowboys encounter constant danger as well as adventure. There is always the desperate search for water across the parched plains as well as the threat of illness or injury. Not to mention the ever-present dangers inherent in moving that many head of cattle across such a far distance through an unforgiving landscape.

At any given moment, Favor, Yates, and the rest of the cowboys might face American Indians, Comancheros, ghost towns, thieves, murderers, cattle raiders, thugs, wolves, lightning, stampedes, and other scourges. And when tempers run high after a long and difficult day on the trail, fists sometimes fly.

With full-throttled, pulse-pounding plots, compelling characters, and high-stakes drama, this wildly popular Western series shows the grit, determination, and resolve of cowboys trying to survive backbreaking cattle drives…and the characters they meet along the way.