Following the Battle of Little Bighorn, soon-to-retire Captain Nathan Brittles takes his troops on patrol while evacuating two women to safety. But will romance be their biggest threat on this end-of-the-road mission?

This inspiring tale—a perennial favorite that always lands on the “top 100 Westerns” lists—is about a cavalry man on the verge of retirement whose orders include evacuating local women away from danger following the loss at Little Bighorn. It’s an end-of-the-road mission that he just might fail to complete.

Captain Nathan Brittles has seen it all. From his first commission at the Battle of Chapultepec in the Mexican War thirty years earlier to this final mission, the United States Cavalry has been his whole life. It’s the end of the road for Brittles, but that doesn’t mean it’s going to be easy. Custer and the 7th Cavalry have just been wiped out at the Battle of Little Bighorn, and now, just days before his own retirement, Brittles must take his troops on patrol while delivering his commander’s wife, Abby Allishard, and her pretty niece, Olivia Dandridge, to safety. 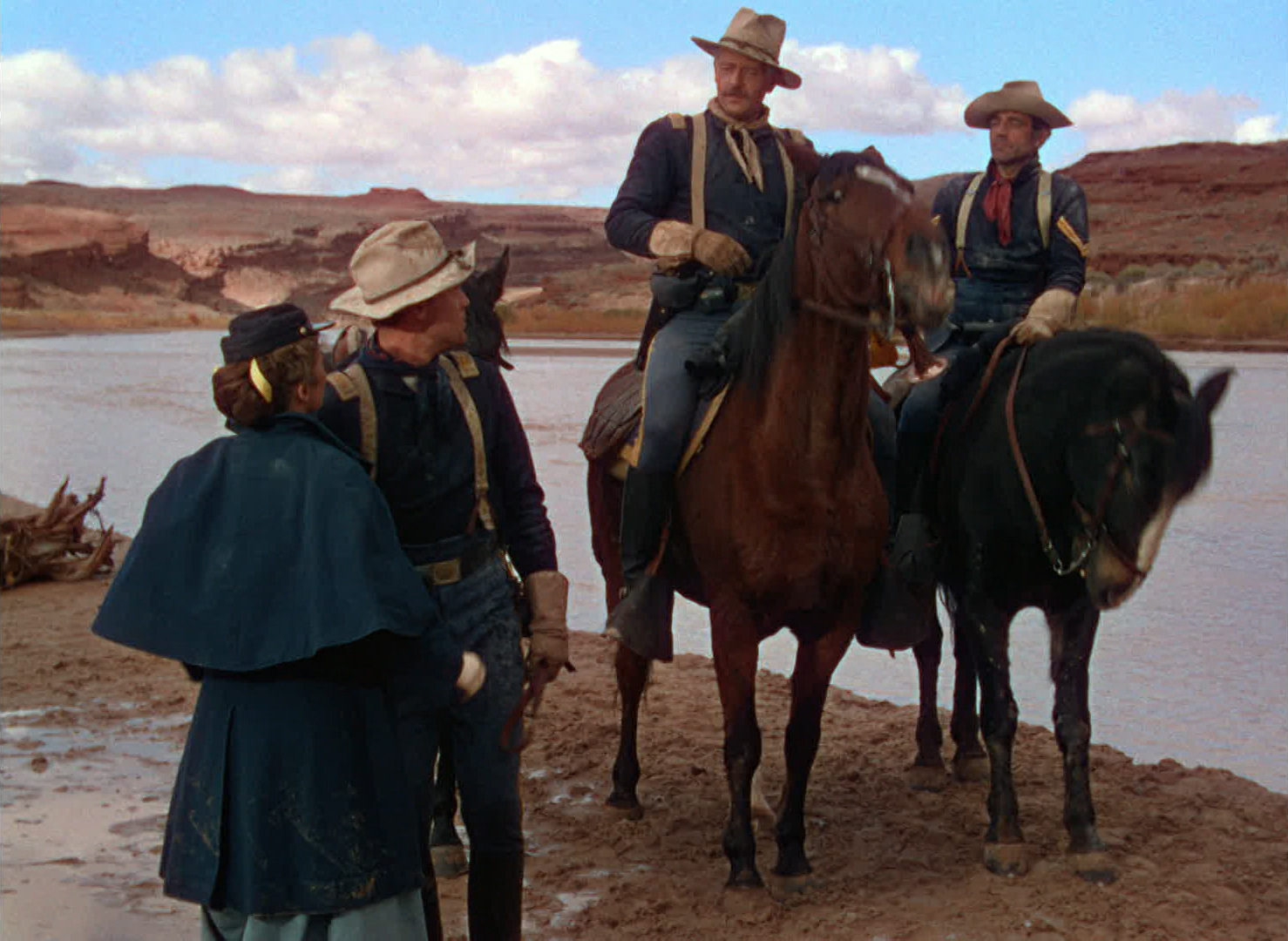 As if they needed any more trouble, Brittles realizes that Miss Dandridge has caught the eye of two of the young officers in the Company, Lt. Flint Cohill and 2nd Lt. Ross Pennell. She wears a yellow ribbon in her hair, which is a clear sign that she’s got a beau in the company. The question is, which officer is her intended?

It takes a firm and steady hand to get his officers’ minds off of their romantic squabbles, but it’s clear that his men love him like a father. There’s no time for divided loyalties here since Brittles, his chief scout, Sergeant Tyree, and the entire company must deal with the Cheyenne and Arapaho, who have busted out of their reservations. It looks like there might be an all-out Indian war on the horizon.

This could be the end of the road for the Captain. Or, there may just be a few more sacrifices—and adventures—ahead for this loyal, devoted, and beloved military man….