In the late 1800s, John Philip Clum, a government agent takes charge of an Apache reservation near Tucson. When he advocates fair treatment for the Indians, he faces rebellion by angry soldiers. But they’re not the only ones on the warpath. With little backup, Clum must fight renegade Indians led by the powerful Chief Geronimo.

A gripping saga of change and justice at a pivotal time in America’s history—based on the true story of John Philip Clum, a government agent sent from Washington, DC to Apache territory in the late 1800s to take charge and keep the peace.

Upon his arrival at the San Carlos Apache Reservation, the first thing Indian Agent and adviser, John Clum sees is a group of Apache men being led back from the work fields shackled in chains. Outraged, he demands Cavalry Captain Larsen unchain them. Larsen is irate at the order, but complies. With this single act of compassion, John Clum sets the tone for his humanitarian management style…and sets off a tremor of anger and rebellion among the troops, which heats up even more when he fires Larsen. 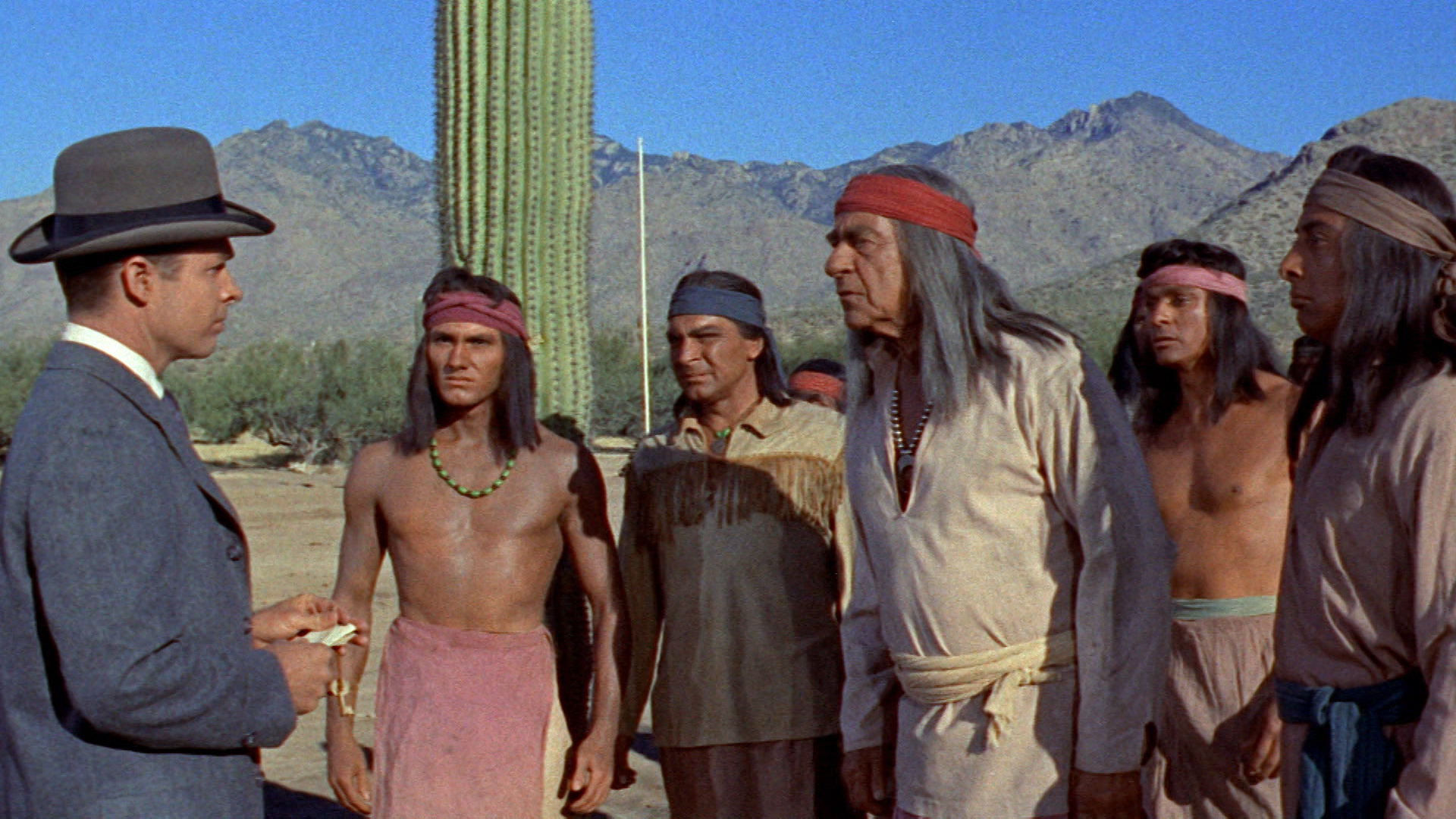 That same day, Tianay, an Indian widow, still mourning the loss of her husband, expresses her gratitude to Clum for his kindness toward the Apache workers. Clum, later, discovers she’s moved into his cabin with her young son, Tono, which will definitely not go over well when his fiancé arrives! But to send Tianay back, would be seen as dishonorable to the Chief. She would be disgraced. Showing empathy to Apache ways, Clum allows her to stay, and though she would like to be his wife, he makes it clear he is to be married to another, and in his culture, he cannot have two wives.

Though sorting out his love life is important, Clum has more pressing issues. When he hears the war cries of Apache braves in the distance, he goes to meet with them. His attempt to ease the tensions and prevent an attack ends up in a fight. Chief Eskiminzin, learning of the scuffle, rides out and reprimands the young men for assaulting the very man who freed their fellow Apache braves. Now, Clum has to make a critical decision on how to deal with his attackers. Staying true to his humanitarian instincts, instead of handing them over to the Cavalry for punishment, he releases them to Chief Eskiminzin to exact justice, the Apache way. To add fuel to the fire of resentment among the troops, politicians and government officials on the reservation, Clum, not only distributes guns to the Apaches to hunt when a food shipment doesn’t arrive, but with approval of President Ulysses S. Grant, he also gives the Apaches the authority to create their own police force and judicial system. It seems peace is possible as Clum and the Apaches form a brotherly bond, mutual respect and deep friendship.

But not all Indians are pleased with his presence, or any of the white men, now overseeing their lives. One, in particular, comes to stir up anger and hostility among the reservation braves. Notorious renegade Apache, Geronimo, arrives with a well-armed band of braves, determined to make war. As a fight looms imminent, Clum must face Geronimo, outnumbered, with little support from his own army.