Gunslinger, Clint Cooper was kicked out of his hometown for a killing he claims was self-defense. Now he’s on his way back to make amends and to reunite with his love, but on the way he learns his former outlaw gang plans to rob the bank and destroy the town. Will the people heed Clint’s warning?

“I trust you, Spang, and you trust me, but we just can’t trust each other.” – Clint Cooper

Gunslinger, Clint Cooper, known for his lightning-fast draw, has changed his outlaw ways. Two years ago, he was chased out of his hometown of Shelby, Montana for killing two brothers, when they and their father, rancher Tom Morrison attempted to steal Clint’s land.

Though he was defending his property and life, Clint was seen as the bad guy, and for the next two years, he ran with the most vicious gang in the West, led by Jud “Spang” Spangler. Spang is bereft of morals. In fact, he takes pleasure in cruelty, robbery, pillaging and murder. But he doesn’t stop there. Once he steals everything he can from the people of the town he attacks them, and burns the town to the ground. If anyone is lucky to survive, they have no home to return to. Spang is pure evil, and not one open to negotiation. 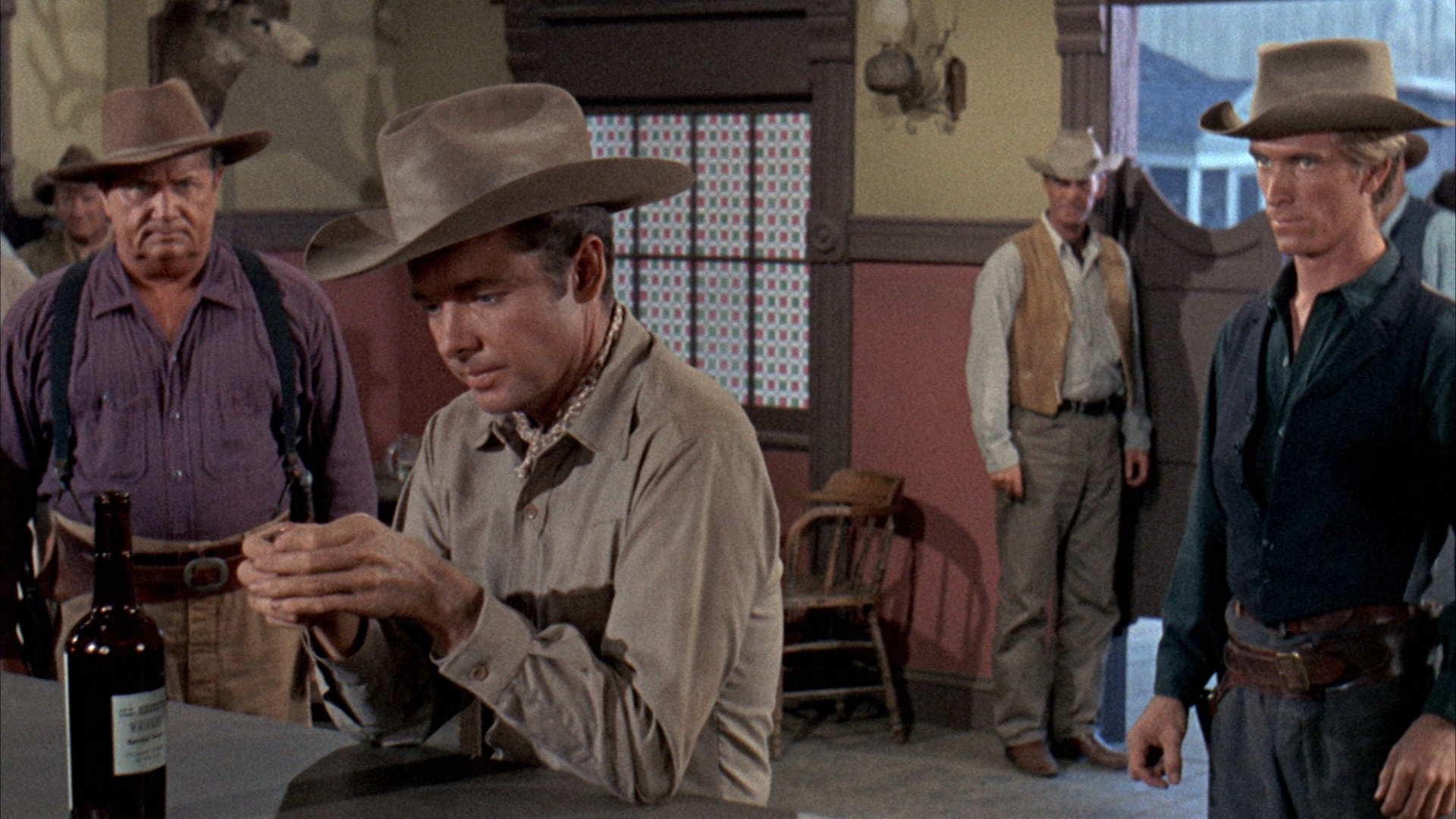 Clint has escaped life with Spang’s outlaws, and now he’s on his way home to Shelby, to make amends, to start fresh with the girlfriend he left behind and to live the rest of his life as an honorable citizen. It seems he can’t avoid menace, however, as on the road home, he encounters his former outlaw gang, and this time, Spang is not about to let Clint go, especially since the next target of his brutality is Shelby, and who better to have along on the raid than someone who knows all the town’s secrets and hiding places. Clint wants no part of the scheme, and manages, once again, to escape, but now his priority is to warn the citizens of the inevitable attack. Making amends will have to wait.

When he arrives in town, it’s no surprise he’s met with outright animosity, and his warning goes unheeded. Clint discovers his girlfriend is now engaged to his best buddy Sheriff Scotty Wade, but in spite of the awkward situation, Scotty believes Clint and they prepare for a gunfight. Scotty sets up barricades and does his best to organize the townspeople, but many of the young, gun savvy men are away on a cattle drive, and he’s left with elders, women, shopkeepers and businessmen, many who never handle guns.

Scotty is going to need Clint’s quick draw and sharp shooting skills, but the Tom Morrison has other ideas. Bent on vengeance, Morrison and his nephew, Rick will do anything to see Clint dead. After an intense fistfight ending in gunfire, Clint is sent to jail—just as the sadistic Spang and his crew are making their way into town.