Jim Douglas relentlessly pursues four outlaws accused of murdering his wife. He finds them in a small town jail, about to hang for another crime – until they escape! Now Douglas intends to exact revenge…but at what cost? 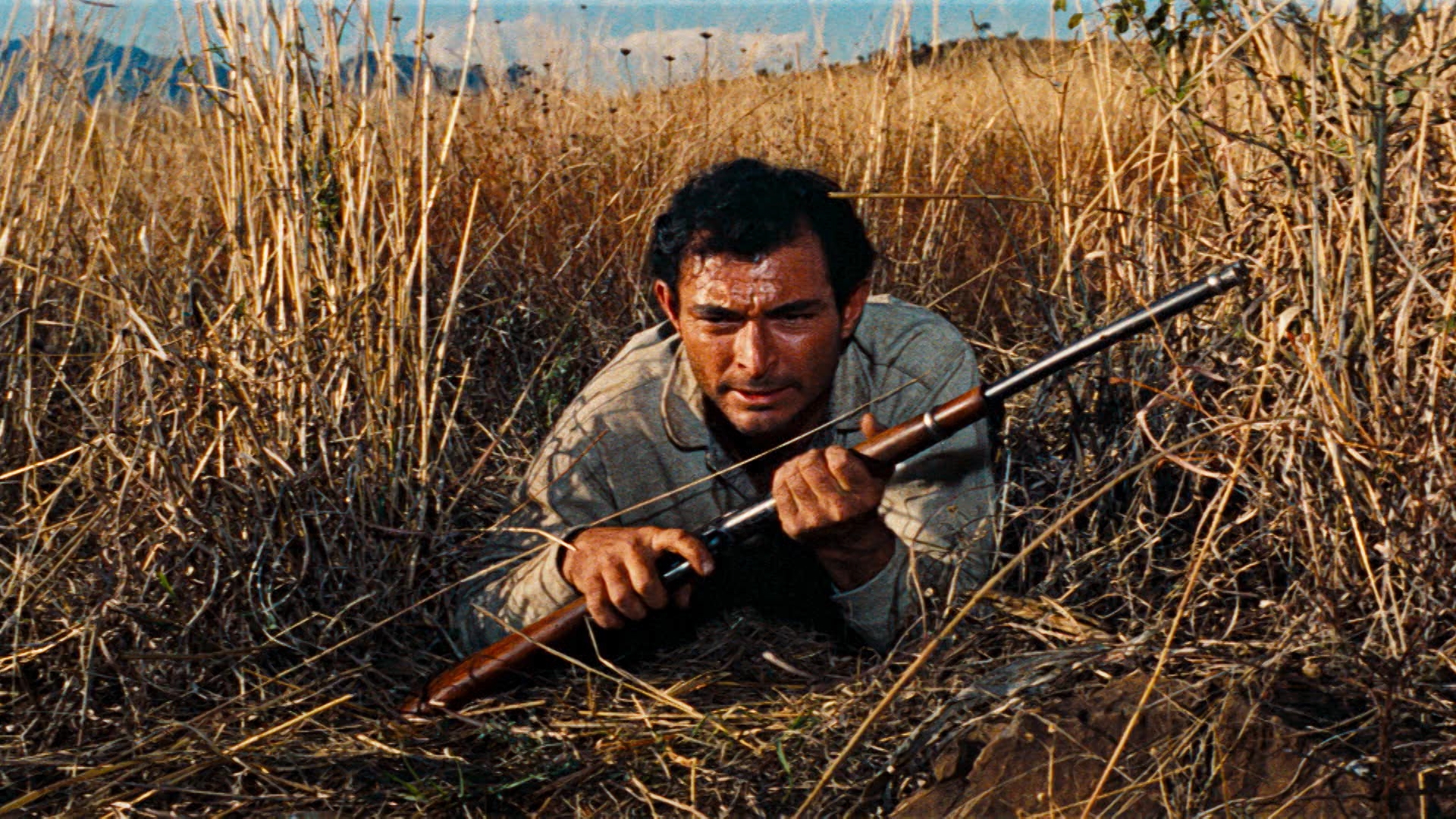 Gregory Peck, Joan Collins, and Lee Van Cleef star in this gripping Western about a rancher who is determined to see his wife’s murderers brought to justice.

Jim Douglas has been relentlessly pursuing a gang of men identified as his wife’s murderers to the town of Rio Arriba. The men are set to die by hanging for an unrelated crime, and Douglas wants to witness it. Sheriff Eloy Sanchez isn’t sure if he can trust this stranger, so he confiscates Jim’s guns and dismisses him while he waits for the Executioner, Simms, to arrive.

Once in town, Jim runs into Josefa Velarde, his former love interest. Josefa has never married and is in charge of running her father’s ranch. When she asks Douglas if he ever married, he replies, “yes” and changes the subject.

When Simms finally arrives, he says he’d rather have a drink than meet the prisoners. In the meantime, Douglas returns to the Sheriff and explains that he has been tracking these men – Alfonso Parral, Bill Zachary, Ed Taylor, and Lujan – for months. His only reason for coming to town is to see justice done. Douglas asks to see the prisoners, who treat him rudely as he glares at them through the bars.

Later that night, while everyone in town is in church (except for Douglas, who says he doesn’t go to church anymore), Simms returns to the jail and stabs Sheriff Sanchez in the back. The badly wounded Sheriff manages to shoot and kill Simms, but not before the four prisoners kidnap Emma, the shopkeeper’s daughter, and race out of town.

Almost immediately, the townspeople turn to Jim to capture the prisoners and bring Emma home. Now, Jim intends to hunt them down and exact his revenge…but at what cost?

John Ford Behind the Lens: 3 Godfathers

3 Godfathers (1948) While fleeing from a posse in the desert, three outlaws, Robert Marmaduke Hightower, Pete “Pedro” Fuerte and... READ MORE

By Henry C. Parke More than sixty years after his death, Humphrey Bogart remains an icon of the movies. Like John Wayne and Clark... READ MORE