John T. Chance is the sheriff of Rio Bravo, a dusty Texas town. Since his former sharp-shooting deputy, Dude, is more likely to be seen at the saloon downing shots of whisky, than aiming shots at villains, the sole responsibility for the town’s safety during these treacherous times, falls to Chance and his lame-legged, cranky, old deputy, Stumpy, whose sole responsibility, given his handicap, is guarding prisoners. 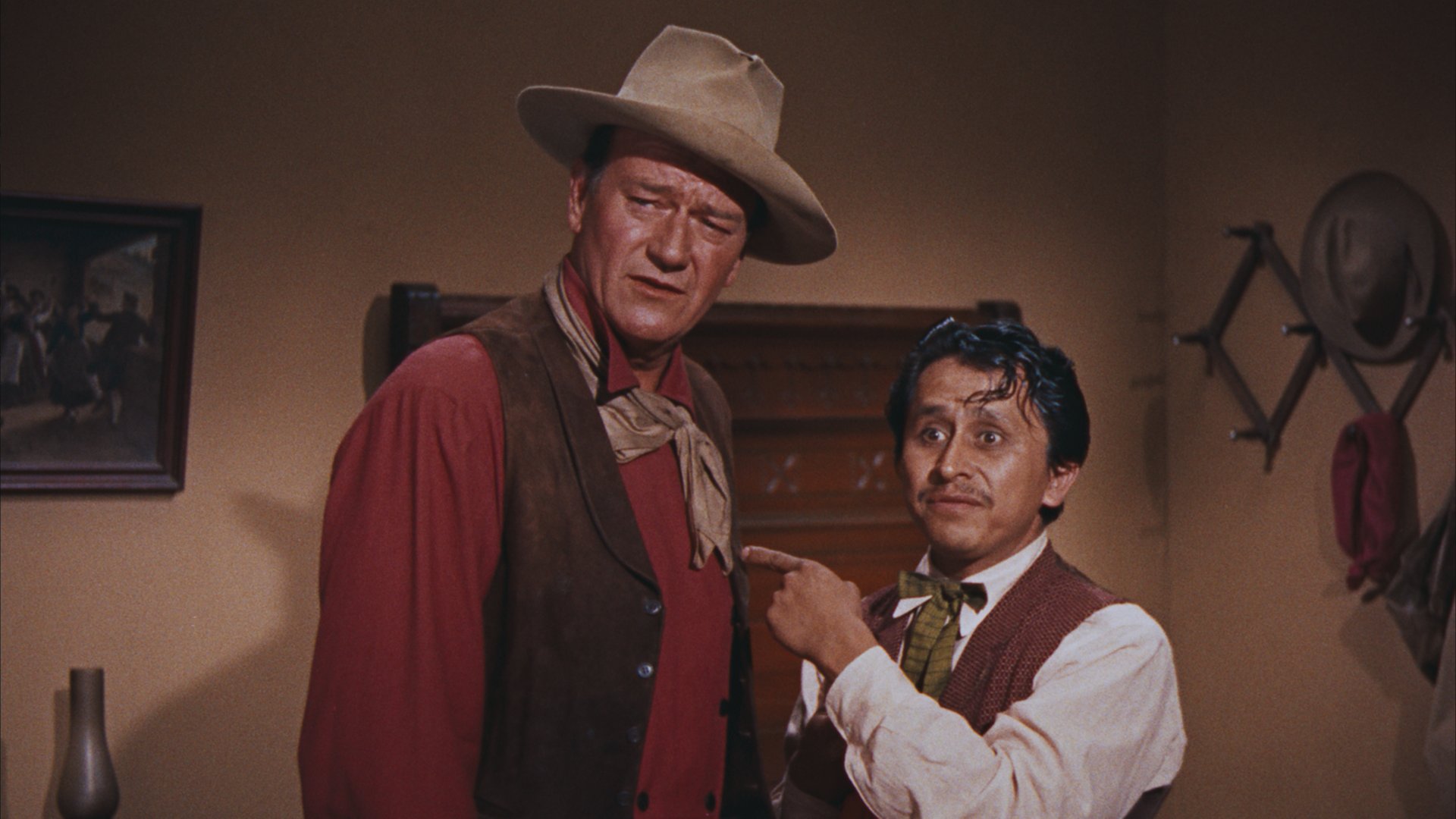 One day, Dude, enters the saloon looking for a drink, though he has no money. Joe Burdette, the brother of Nathan, a wealthy and powerful rancher, knows Dude is broke. He insults the downtrodden former deputy by tossing a coin in a spittoon. Chance comes to Dude’s defense, but out of shame, Dude lashes out at him and in an instant a brawl erupts then escalates to the murder of an unarmed, innocent bystander at the hands of Joe. Chance arrests Joe, and holds him in the town jail, awaiting the arrival of the U.S. Marshal in five days. But Chance knows trouble is coming first, in the form of Joe’s vengeful brother Nathan and his band of henchmen.

Meanwhile, a mysterious woman named Feathers is cleaning up at the poker table at the saloon. Chance accuses her of cheating and strongly advises her to get out of town. Feathers is determined to stay and not only for card shark opportunities. She has eyes for Sheriff Chance, who says he would return her affection if the town were not facing such a dangerous situation. When Colorado, a newly-arrived, young and untested gunslinger, proves Feather’s innocence, Chance reluctantly allows her to stay.

But there’s no time for romance in Rio Bravo. Nathan and his men arrive bent on busting Joe out of Jail. Dude swears off the liquor and is sworn is as deputy. Colorado joins Chance’s team. Now, the battle lines are drawn, and the forces of good and evil are ready to face off in a fight for justice, power and righteousness, not to mention, the possibility for a little romance.