In this inspiring tale, Jefferson Cody must save a kidnapped woman from Comanches on the warpath and money-hungry outlaws along the treacherous terrain of a long and perilous journey home.

Randolph Scott, Claude Akins, and Nancy Gates star! Filmed in the northern California region of Lone Pine, near the foot of Mount Whitney – with the mountainous boulders known as the “Alabama Hills” as a backdrop – it’s the stirring story of a lone cowboy on a desperate mission to save a kidnapped woman.

Bounty hunter Jefferson Cody heads off to rescue another man’s kidnapped wife from the hands of Comanches. With a bounty of $5,000 at stake, Jefferson finds Nancy Lowe, purchases her freedom, and begins the perilous journey back to her home in Lordsburg. 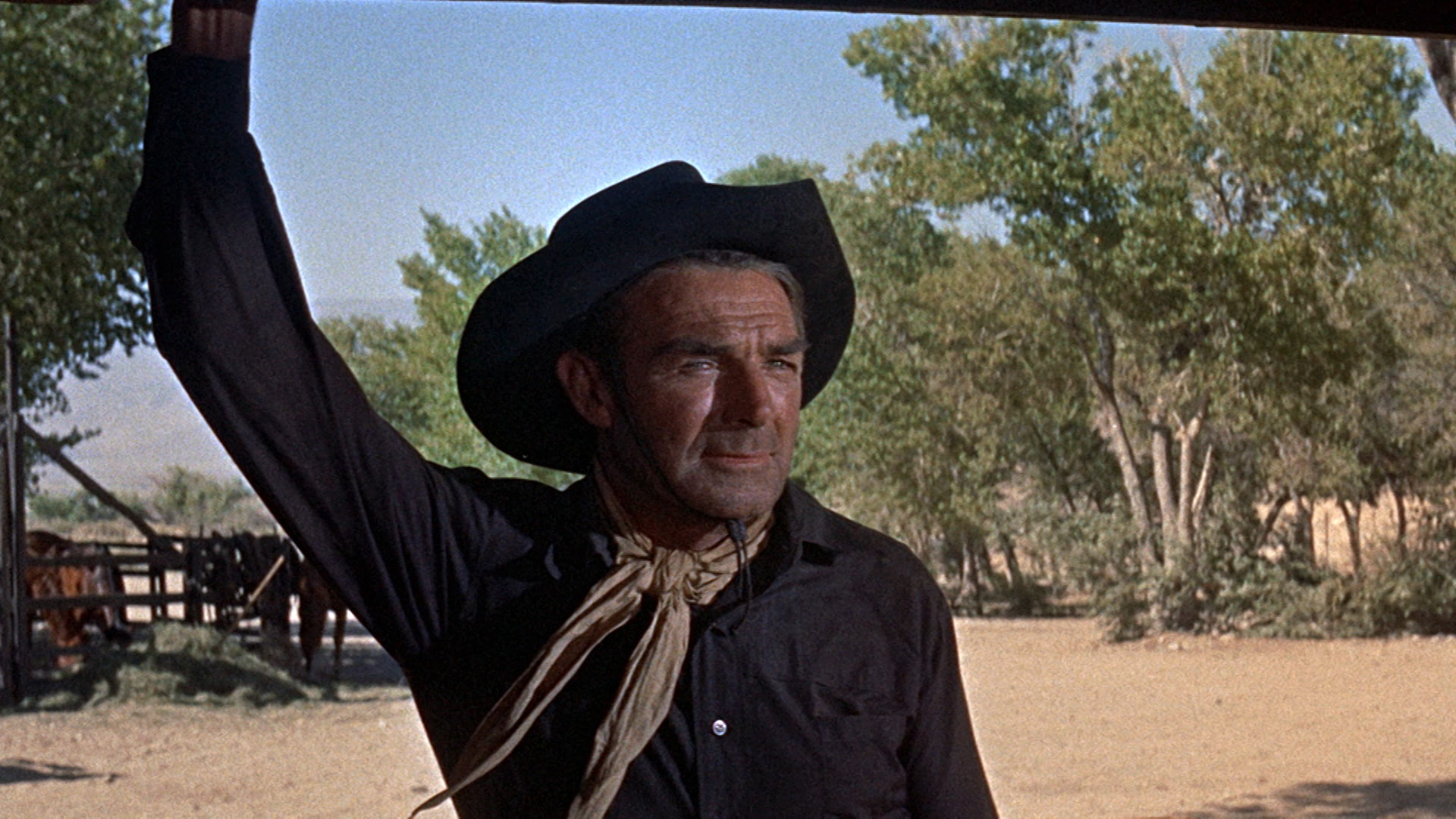 As if Comanches on the warpath aren’t enough of an obstacle, Jefferson and Nancy must overcome another one: three men with bad intentions. The leader, Ben Lane, is also a bounty hunter, with a steely determination and not one ounce of compassion. His two companions are Frank and Dobie, who are driven by a misguided sense of adventure and very few morals.

Lane has heard that Mr. Lowe is willing to pay thousands for his wife’s return – dead or alive. In his estimation, dead would be a whole lot easier. If he could kill Cody and get rid of his two young companions, he could even claim the whole bounty for himself!

Jefferson and Nancy don’t trust their three companions, and tensions begin to rise. It’s perfectly obvious that the treacherous terrain and the angry Indians are less of a threat than the people supposedly helping them.

As the dangers and hardships mount, Jefferson begins to question why he ever undertook this journey — and why Nancy’s husband hasn’t ridden out to save her.

But of one thing, he is perfectly sure: very soon, he and Ben Lane are destined for a deadly showdown….

The Lasting Legacy of Gary Cooper

An American Hero for the Ages People ask me how come you’ve been around so long. Well, it’s through playing the part of... READ MORE